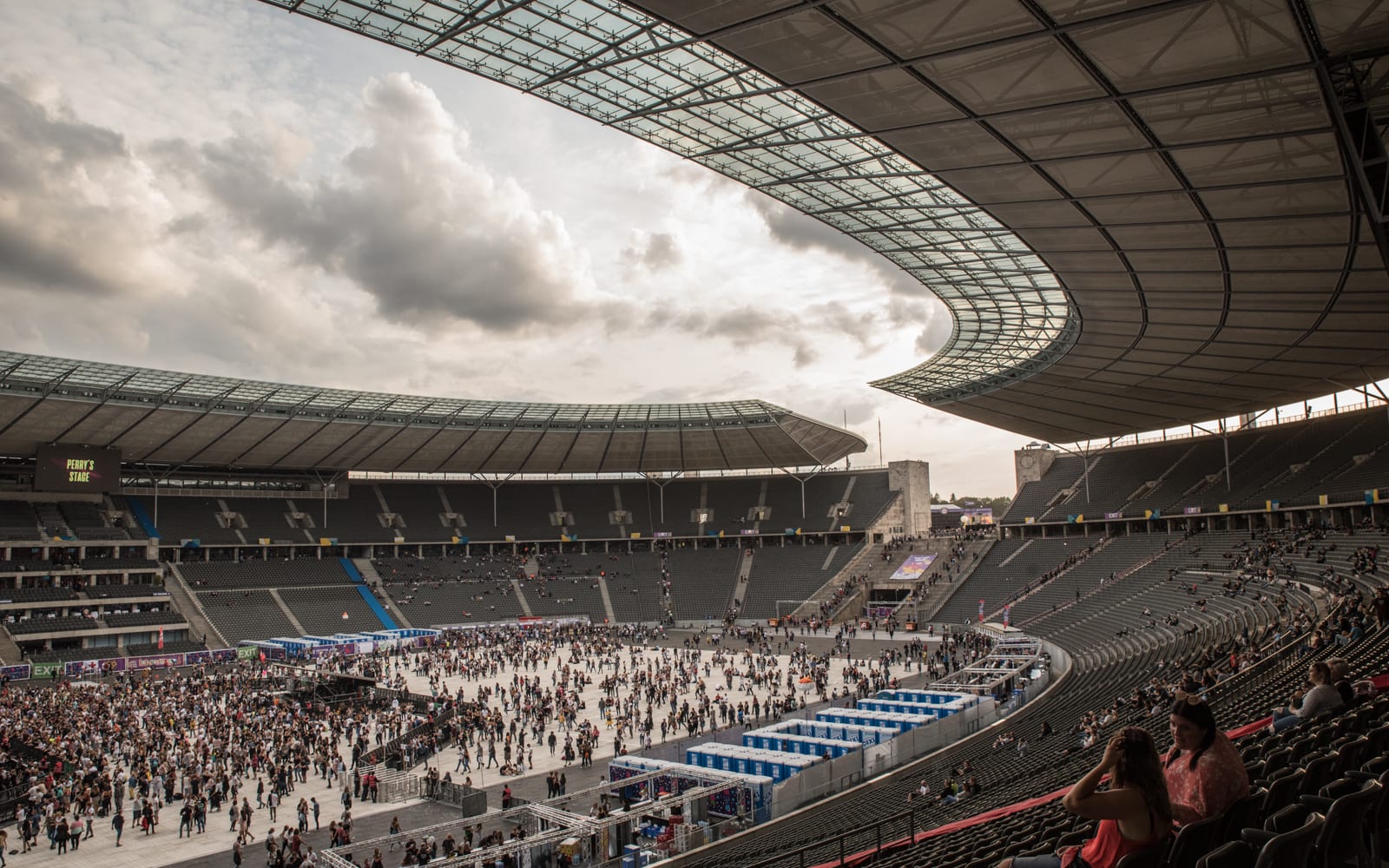 The sun is setting earlier in the day and there’s a chill in the wind. Summer is almost over, but not before we reach the 100th day and our 15th festival in 15 weekends. Over the last five years, Lollapalooza Berlin has been saying goodbye to festival season with one last major bash here in the German capital.

You would think after five years, I wouldn’t be surprised at hitting the 100-day mark, but here I am again wondering how it all suddenly seems to come together. A fun fact about Lollapalooza, this was the first ever major festival I attended back when it was a single-day roadshow tour across the United States. Since then, we’ve both gone corporate and international, so it’s always interesting to check back in with the festival that started me on this two-decade journey. 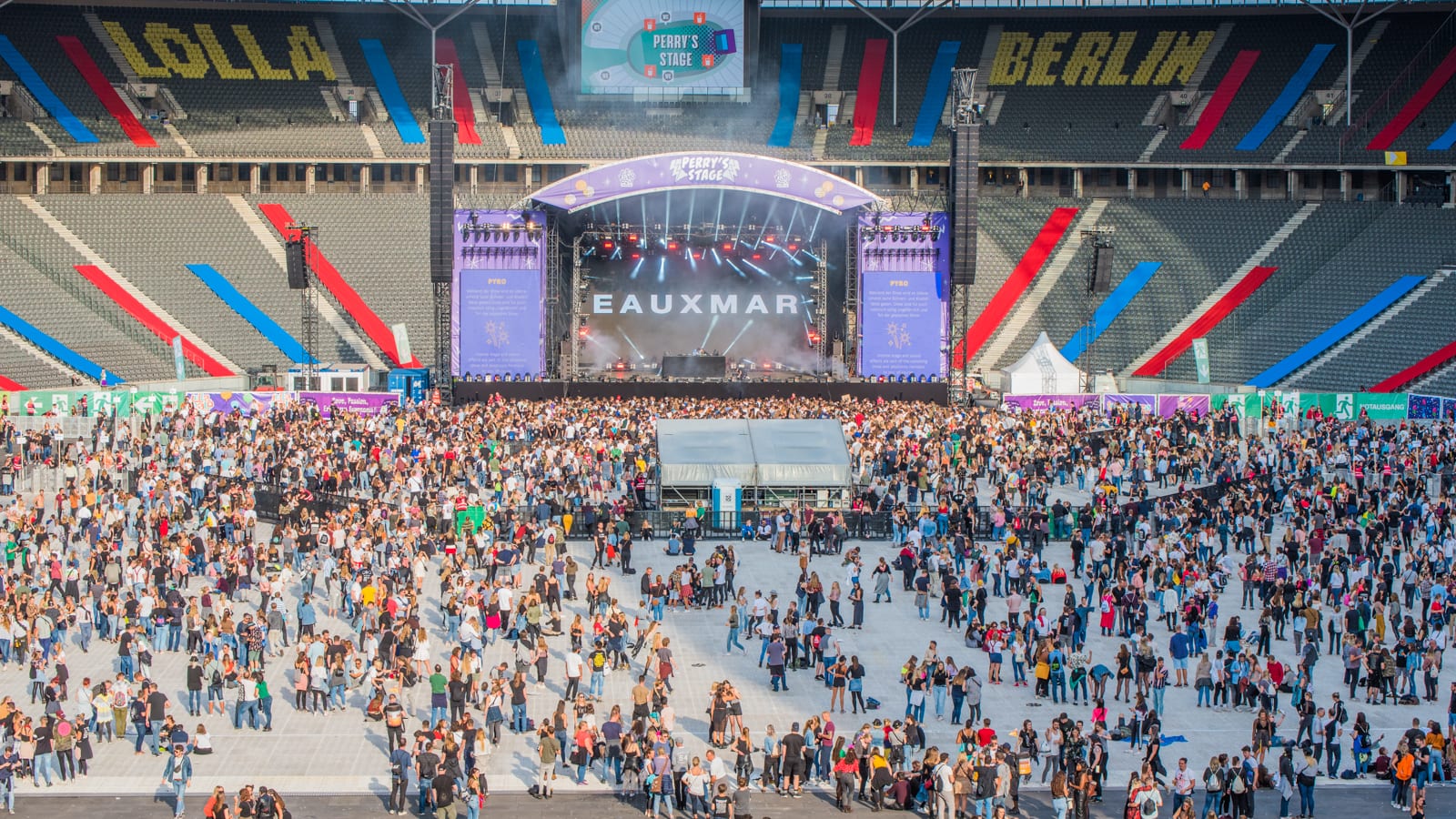 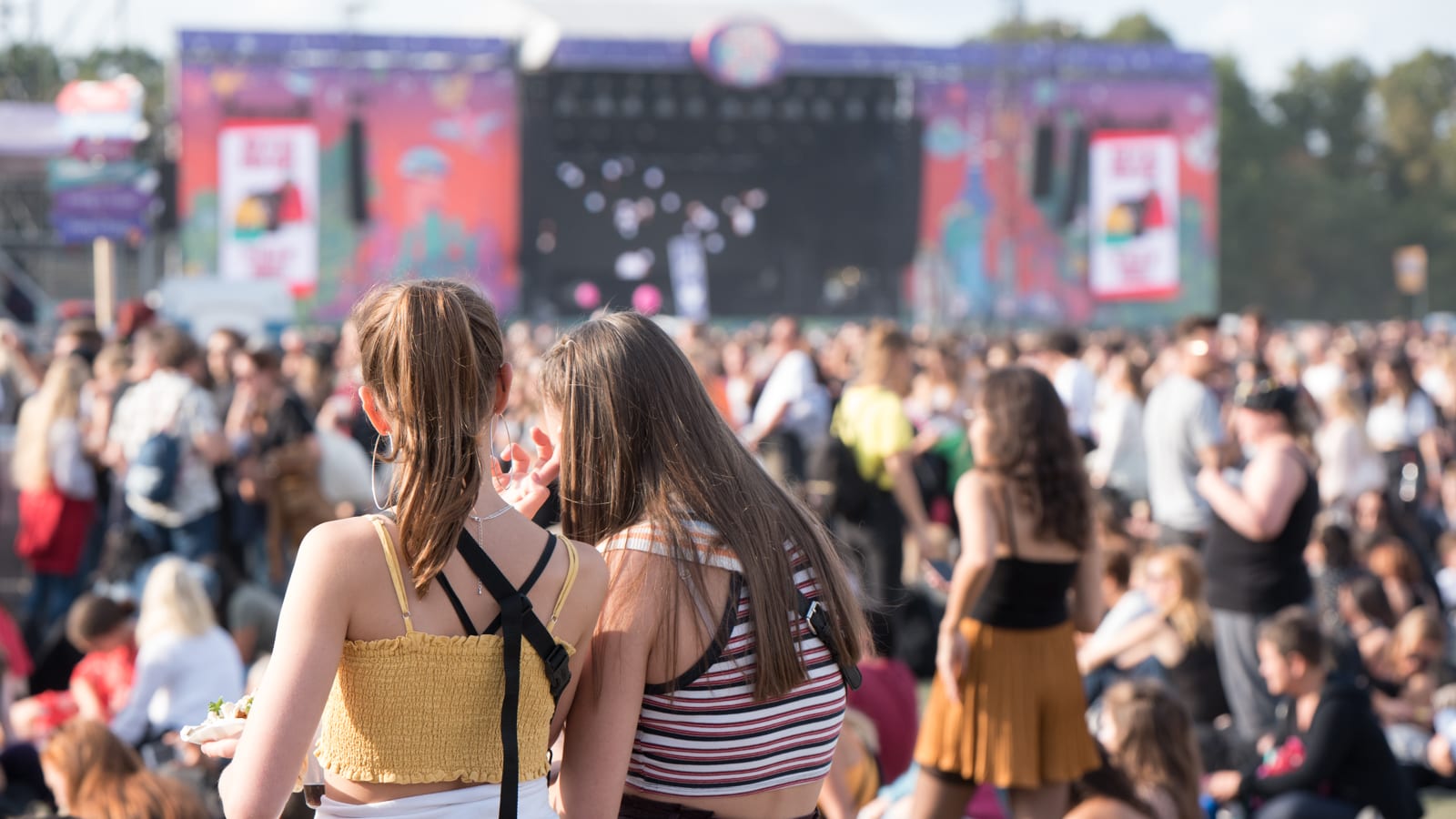 The Venue
Lollapalooza has moved more than a couple times in its short history, but has finally seemed to find the perfect home at the Berlin Olympistadion. The iconic venue is just a stunning place to hold a festival, and I found myself more than once just staring at the stone walls and statues around this historic spot. The inside of the stadium was dedicated to everything electronic with two massive main stages outside on the surrounding grounds. 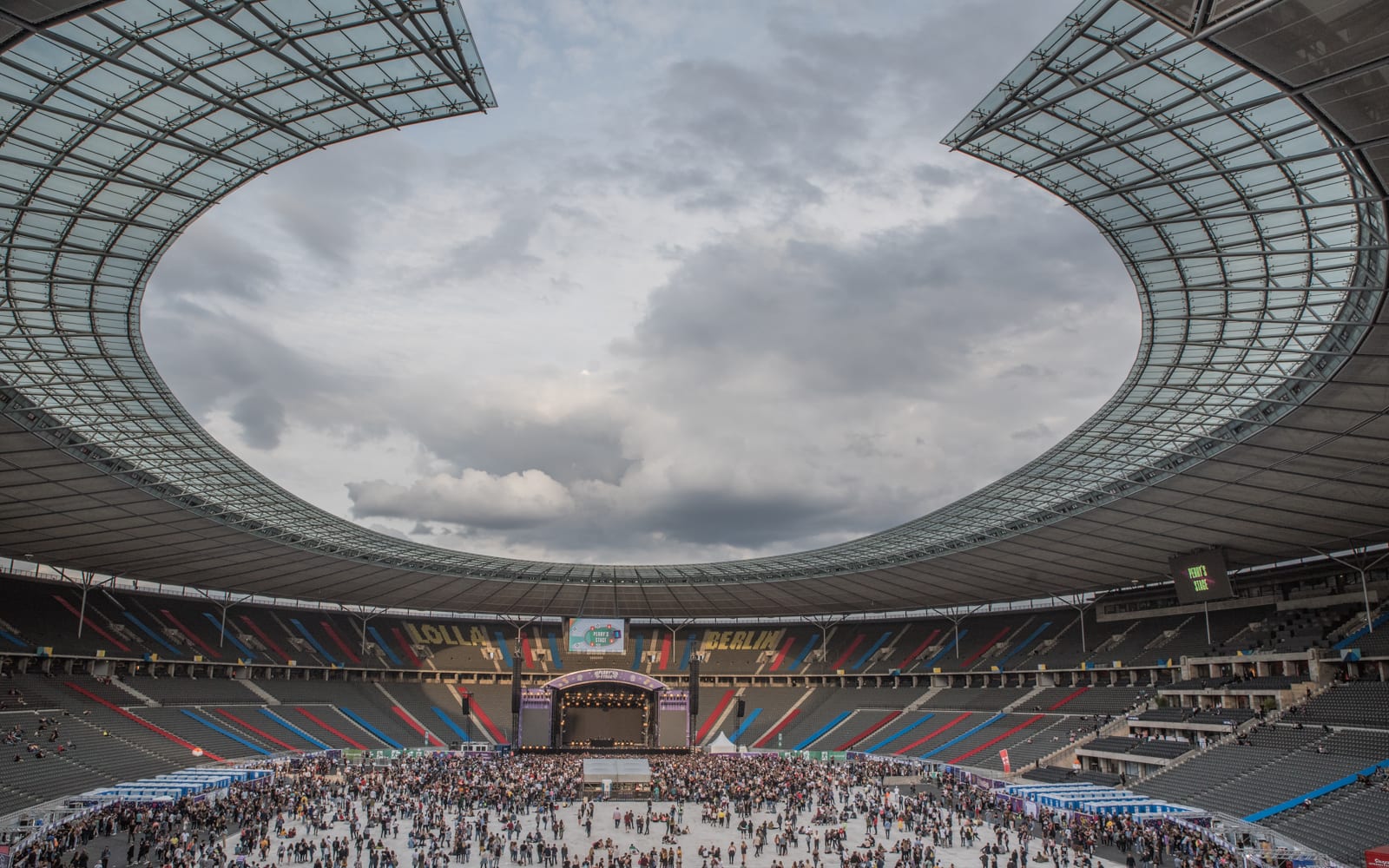 The Music
While the two main stages focused on pop/dad-rock, and the stadium highlighted “make-some-noise” DJs, the Alternative (and smallest) Stage was where one could catch the spirit of the early Lollapalooza scene. Tucked on a corner of the stadium like an afterthought, the most interesting artists of the festival like Princess Nokia and Parcels played over here. 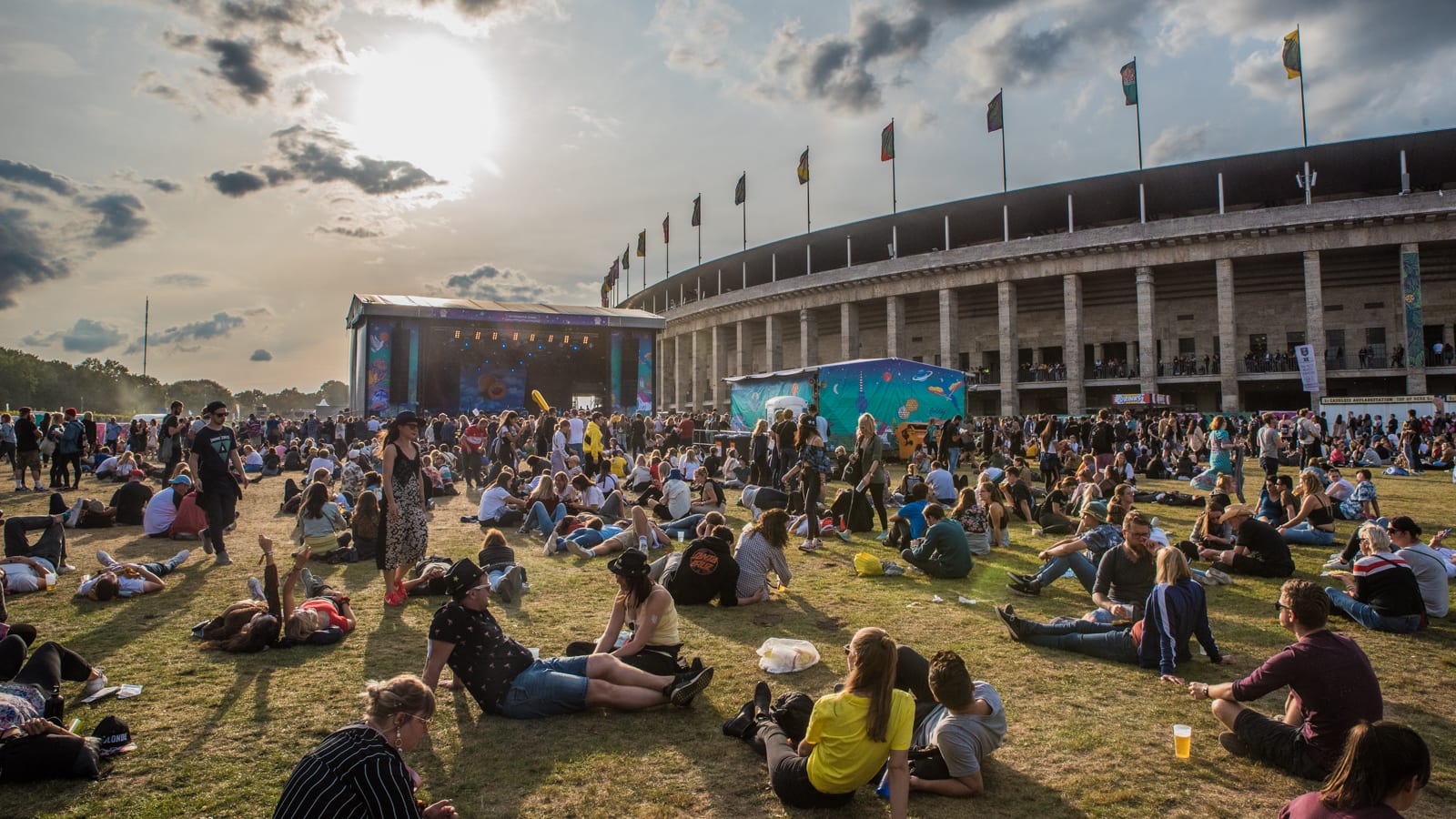 The Crowd
This festival is packed, but not overcrowded, and even with 70,000 attendees a day, I didn’t feel too overwhelmed by the wall of humans. There’s almost always a spot where you can sit down on a nice piece of turf or a seat inside in the stadium. Berlin draws a large international crowd of expatriates and students, so you’re likely to meet people from around the world here. 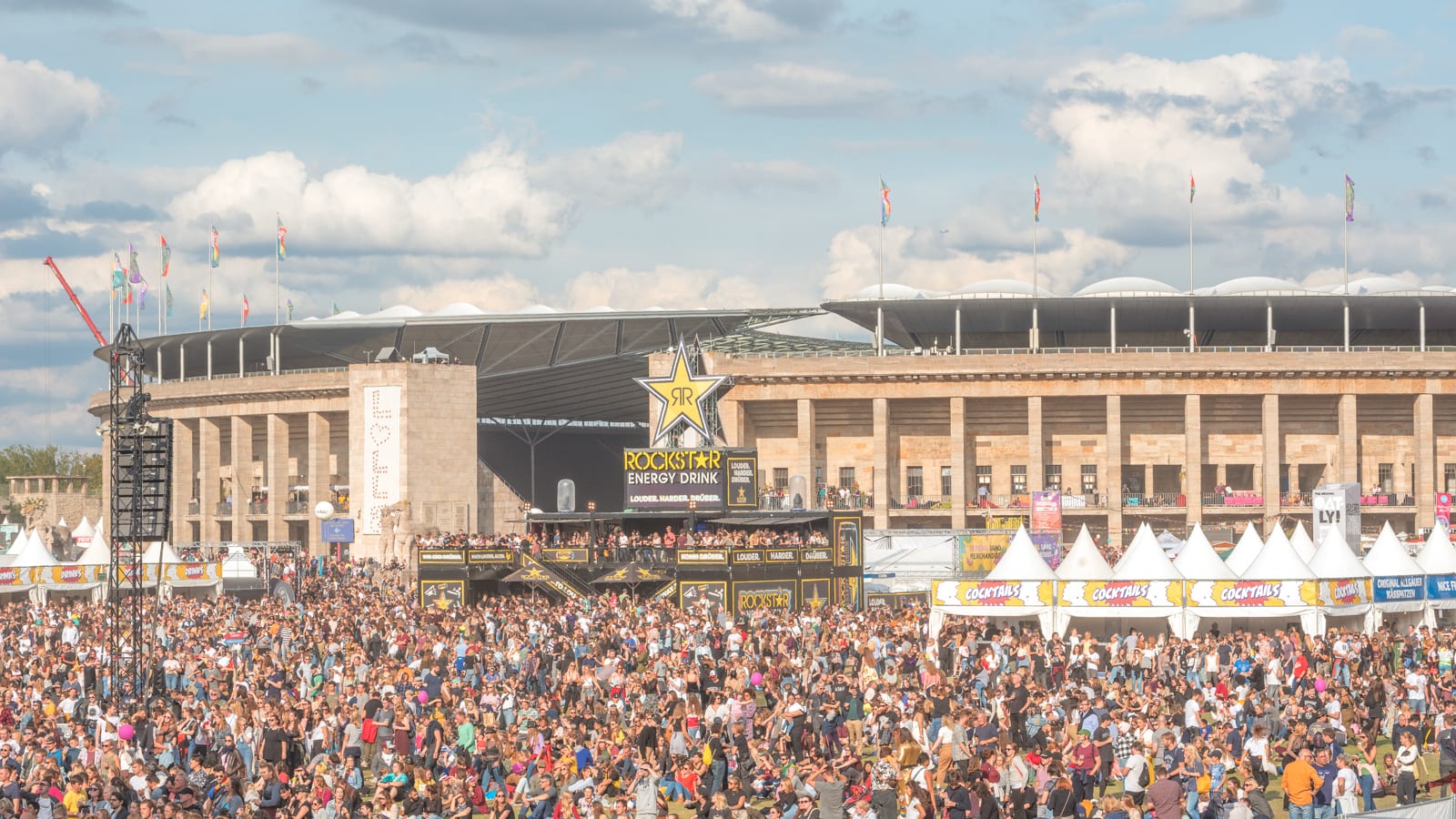 The Performance Art of Lollapaloza
Probably the most impressive thing about this Berlin edition of Lollapalooza is the sheer number of non-musical artists that are present across the entire venue, putting on fashion shows, parades, and acrobatics. Even just the walk between stages frequently led to something unexpected and entertaining. 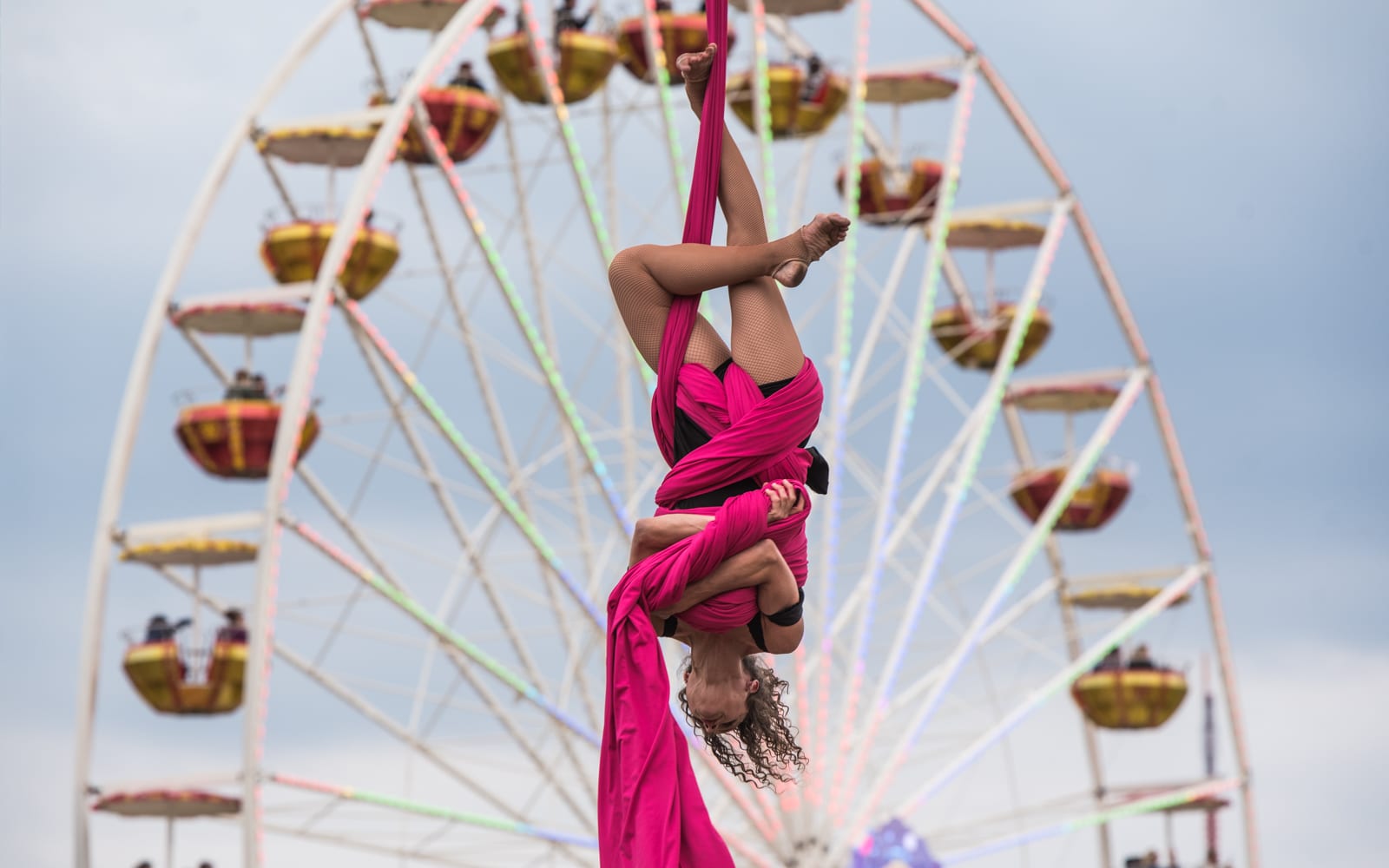 Kidzapalooza
A festival within a festival, Lollapalooza Berlin does an outstanding job with their kid’s area. Tucked away in its own quiet corner, Kidzapalooza features its own stage, food trucks, and activities. It’s really well down and I would have taken more photos, but parents tend to freak out when a single man just starts taking pictures of their kids.

Most Artistic: Aquapalooza
If you’re at an Olympic Stadium, it only makes sense to use that Olympic-sized pool to put on an incredible water musical art performance. Playing three times a day, Aquapalooza was something I had never seen at a music festival before with dancers, acrobats, and levitating musicians all playing against the backdrop of a good versus evil love story. 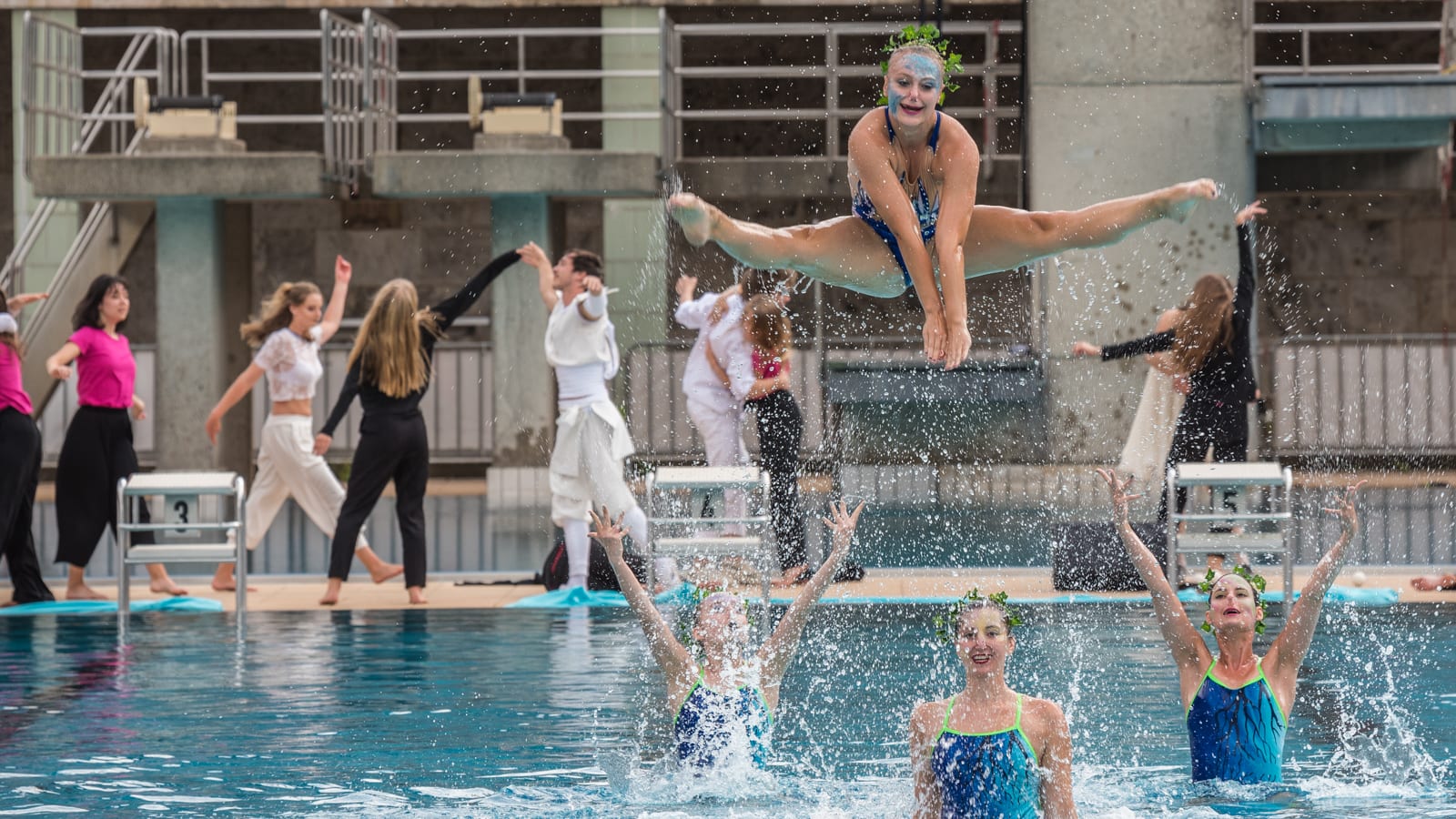 New Favorite Act: Princess Nokia
Princess Nokia (aka Destiny Frasqueri) out of New York City put on a fiery set so good that we didn’t even notice it started raining. 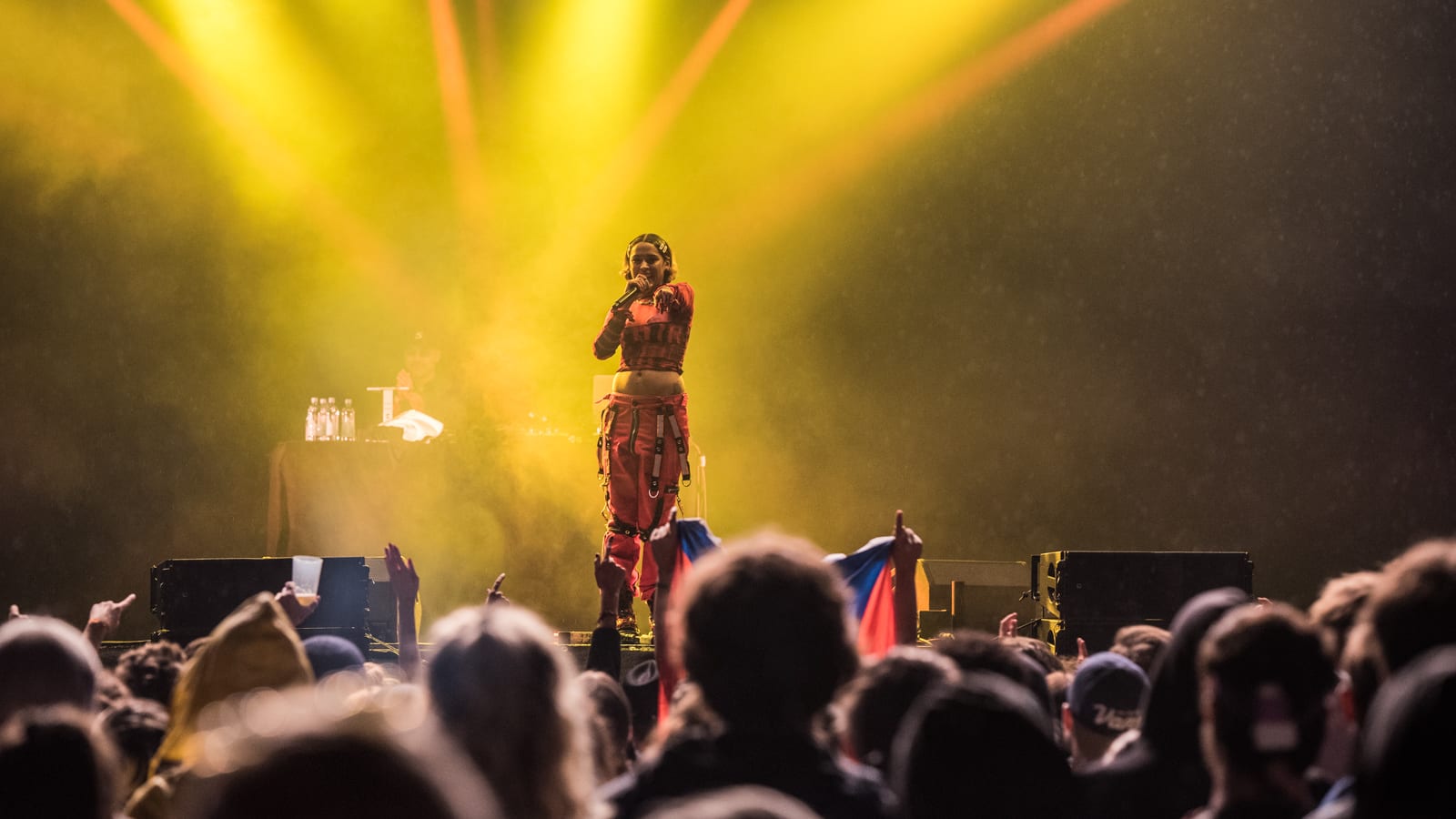 Favorite Set: Courtney Barnett
You might think with songs like Crippling Self Doubt and a General Lack of Self Confidence, that Courtney Barnett’s live performance might be a grim affair, but they’re actually quite euphoric and a great bit of fun. 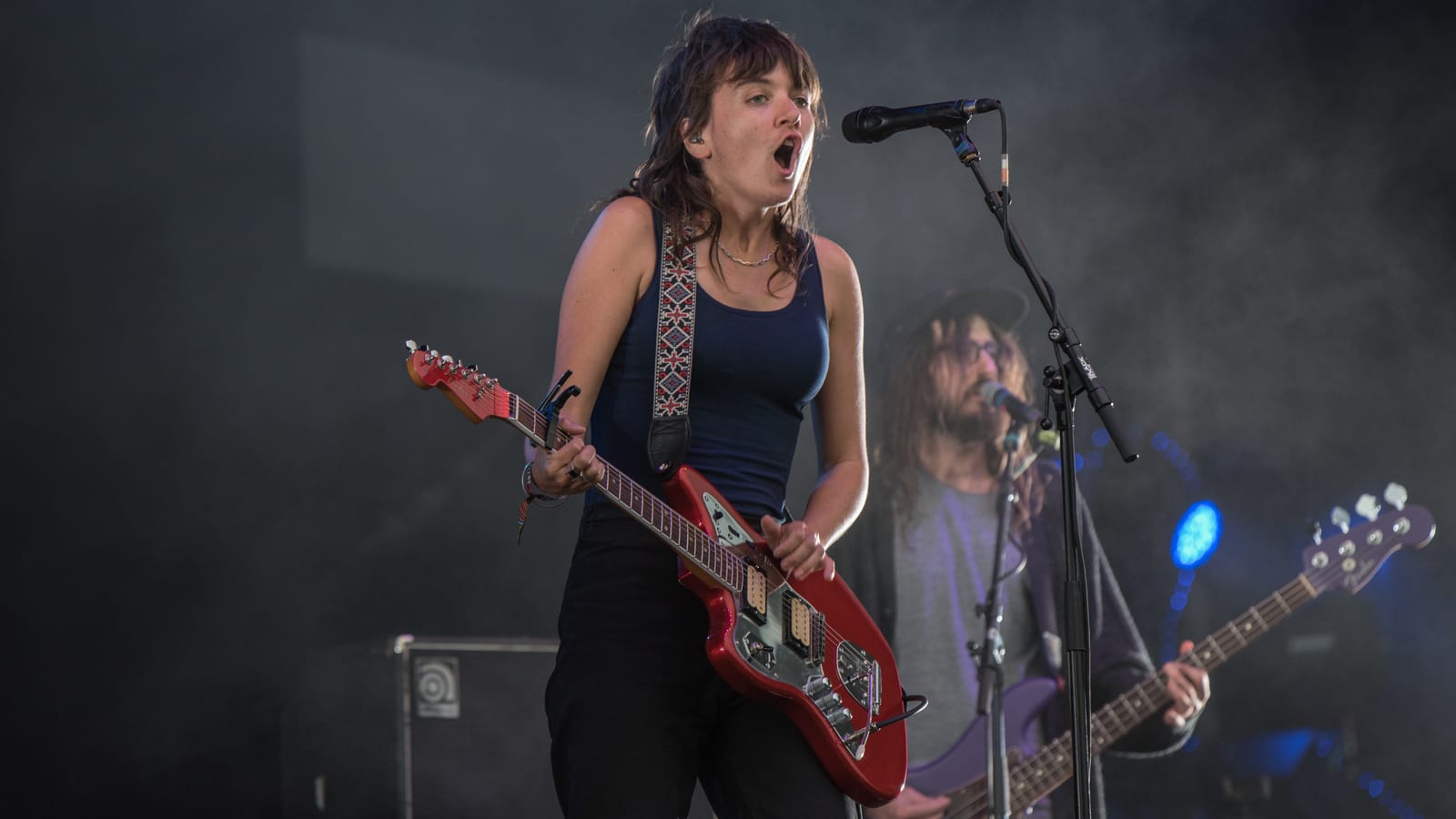 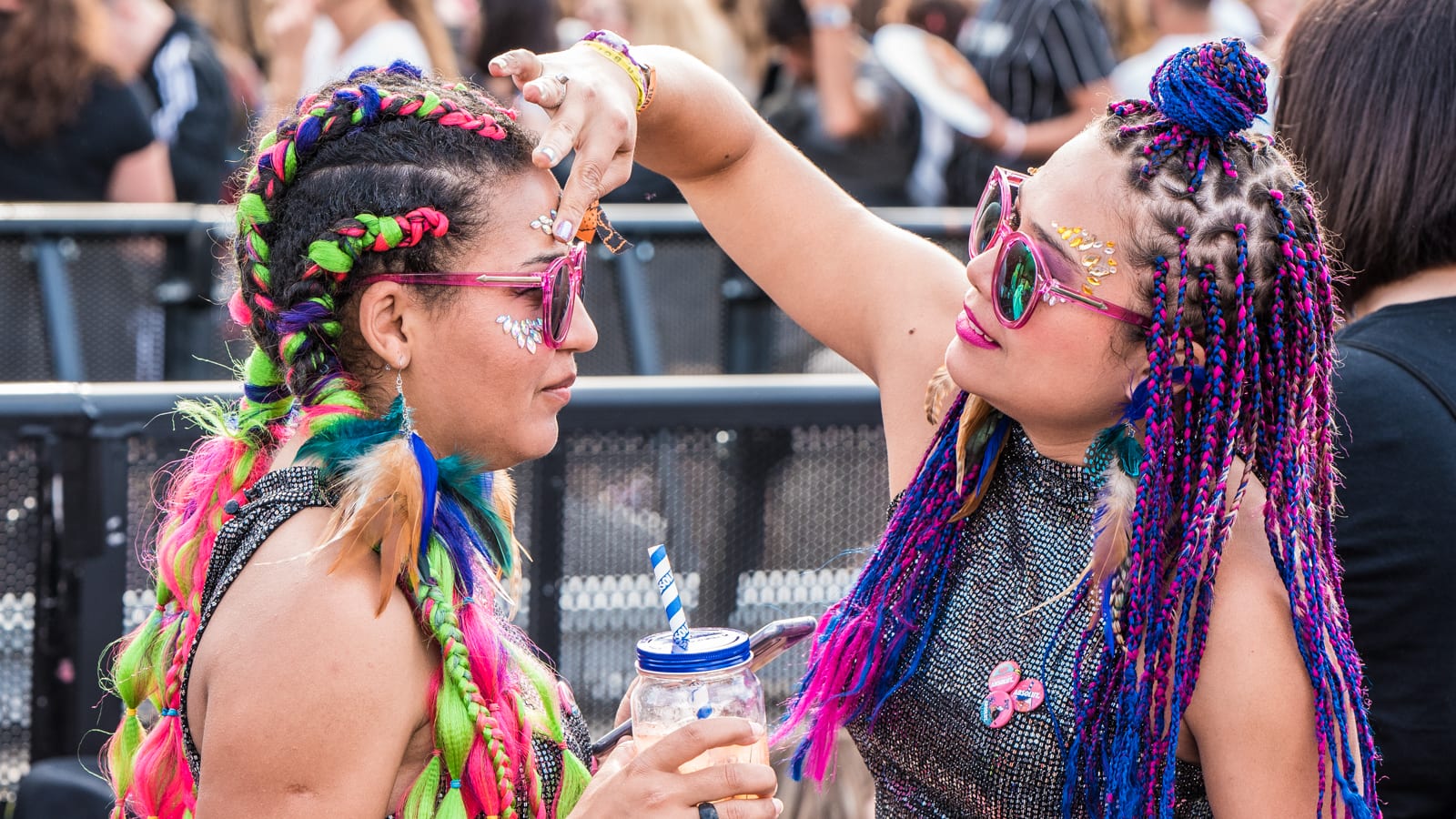 I Hate Cashless Festivals
My credit card doesn’t work well in Germany, so I’m stuck paying an extra $1.50 every time I take out money -which was exactly one time. I just smuggled in alcohol and food for the rest of the weekend. 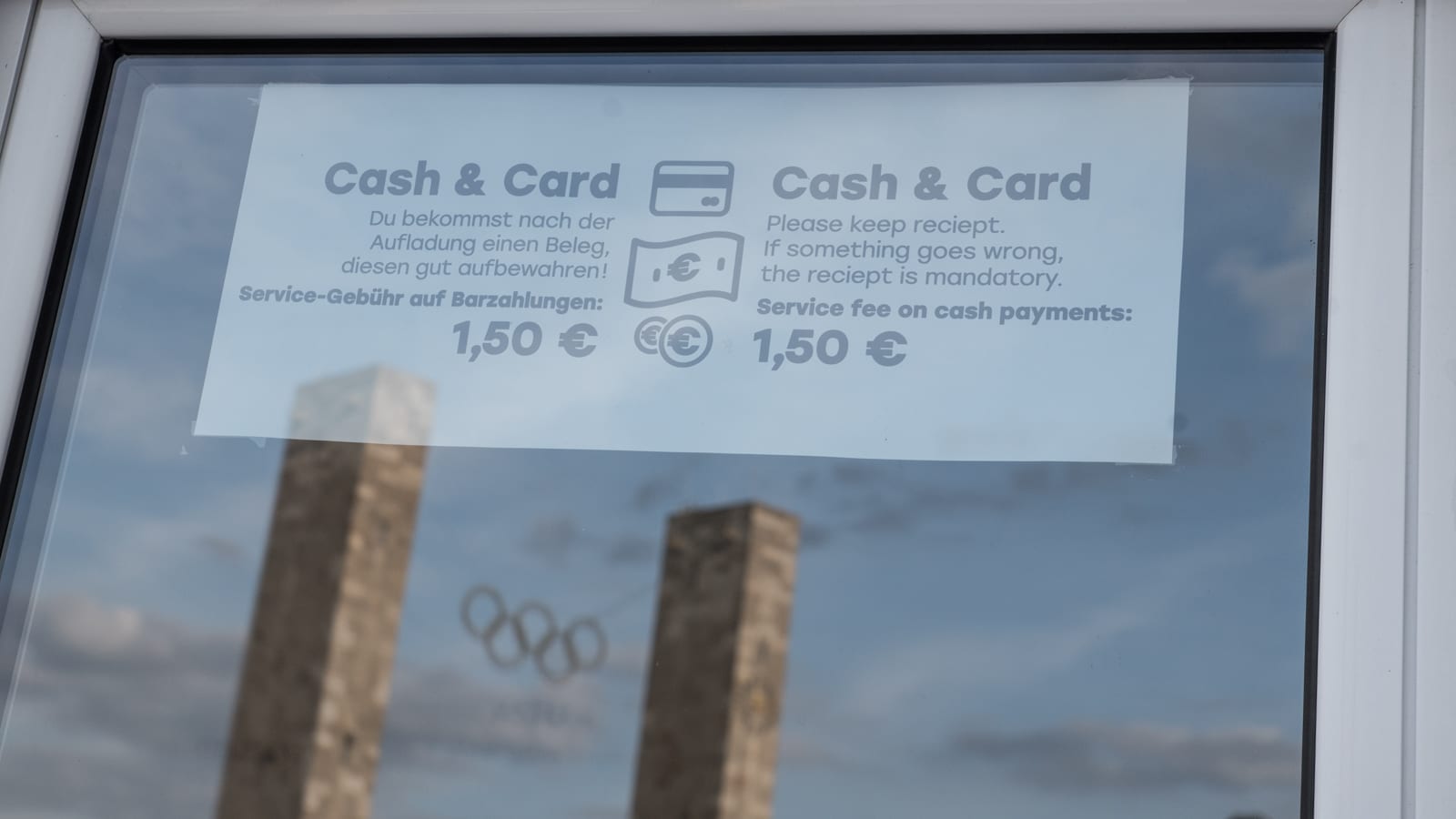 Siegfried and Joy
Because it’s not a German music festival unless Germany’s #1 magic/comedy duo are on hand! 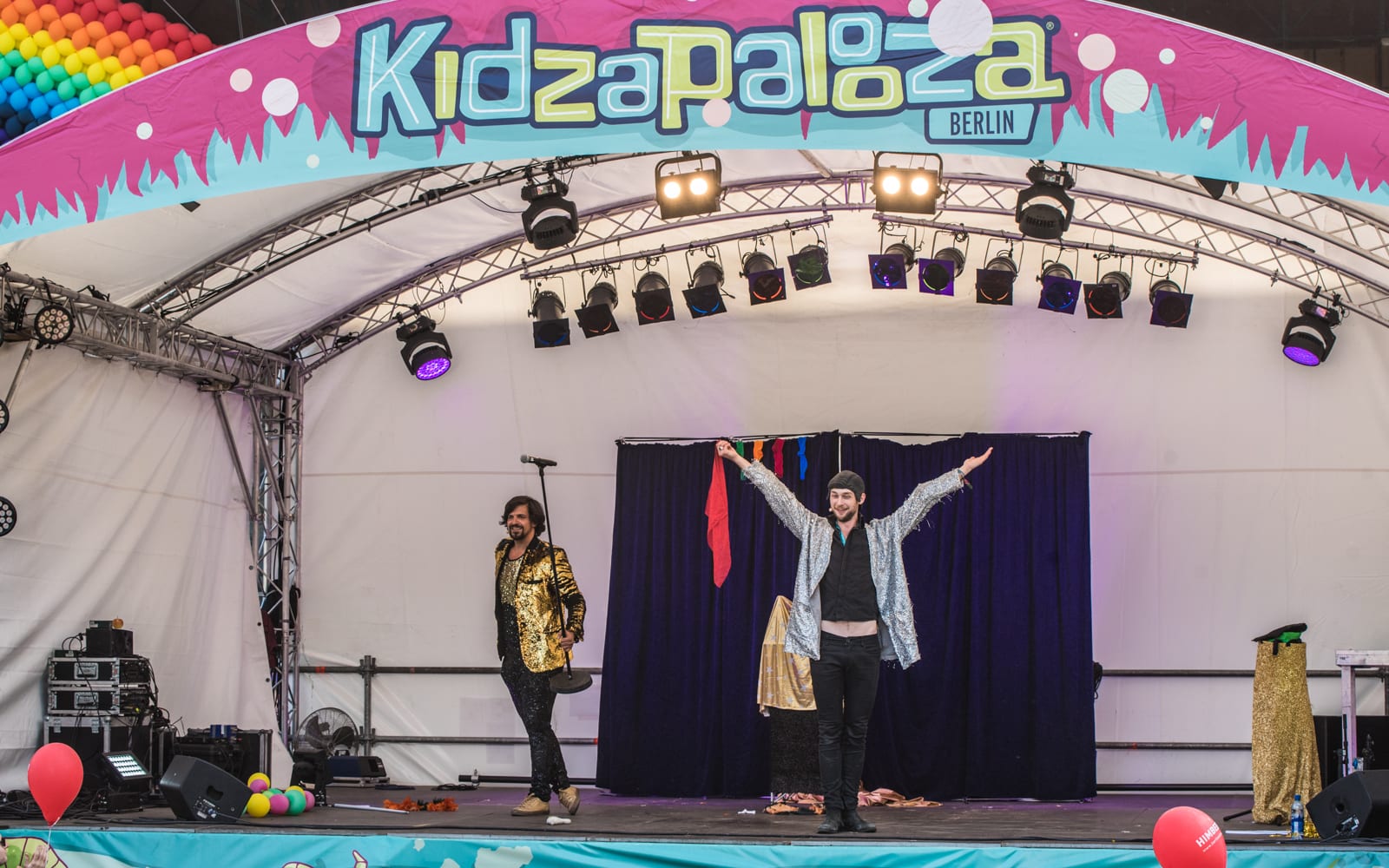 What’s the weather like? It is definitely autumn in Berlin which means warmish days and chilly nights. Make sure to bring a warm layer for the evenings and pack a raincoat if there’s a chance of rain. Sunset this time of year is around 7:30 pm, so you’ll be spending plenty of time in the sun (if there is any) so don’t forget to put on a layer of sunscreen.

What’s the prime hours for music? We’re back in Germany, which means you should arrive early in the afternoon to start catching bands. There’s a hard stop around eleven on Saturday, and 10:00 pm on Sunday so plan accordingly.

How is security? The lines for entrance searches was quick and efficient without being invasive, although after going to two free festivals, any security searches at a festival now feel invasive.

Where did you sleep? Berlin had almost no beds available due to the festival and a major tech conference. I had to cash in the rest of my Chase Sapphire points on the beautiful Quentin XL Potsdamer Platz Hotel, a Marriott gift certificate for a night in the Sheraton Berlin Grand Hotel Esplanade, and a dorm at A&O ($32 UDS), a mediocre chain of German hostels.

How do you get there? The festival is easily accessible by public transport and I took the subway each day ($3.08 USD for a one-way ticket). The city of Berlin is also ridiculously well-connected with the rest of Europe and you have multiple options for planes, trains, rideshares, hitching, and buses to get here. 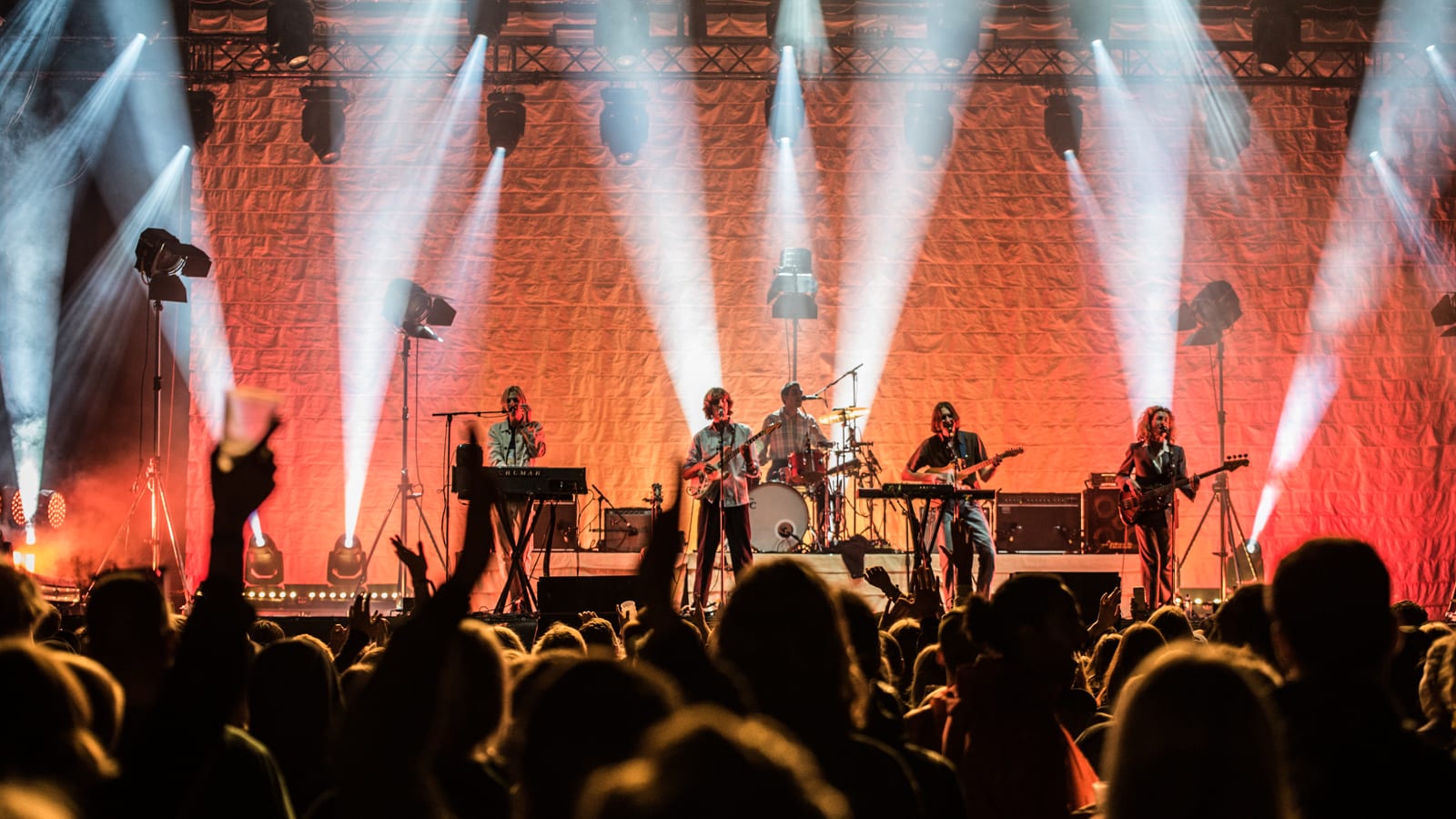 Make no mistake, Lollapalooza Berlin is a corporate mega-festival, so if that’s not your thing, you’re not going to be won over by anything here. But if you do find yourself in Berlin and want to enjoy a couple beers in intriguing surroundings while watching some of the most popular artists touring around the world, feel free to stop by. 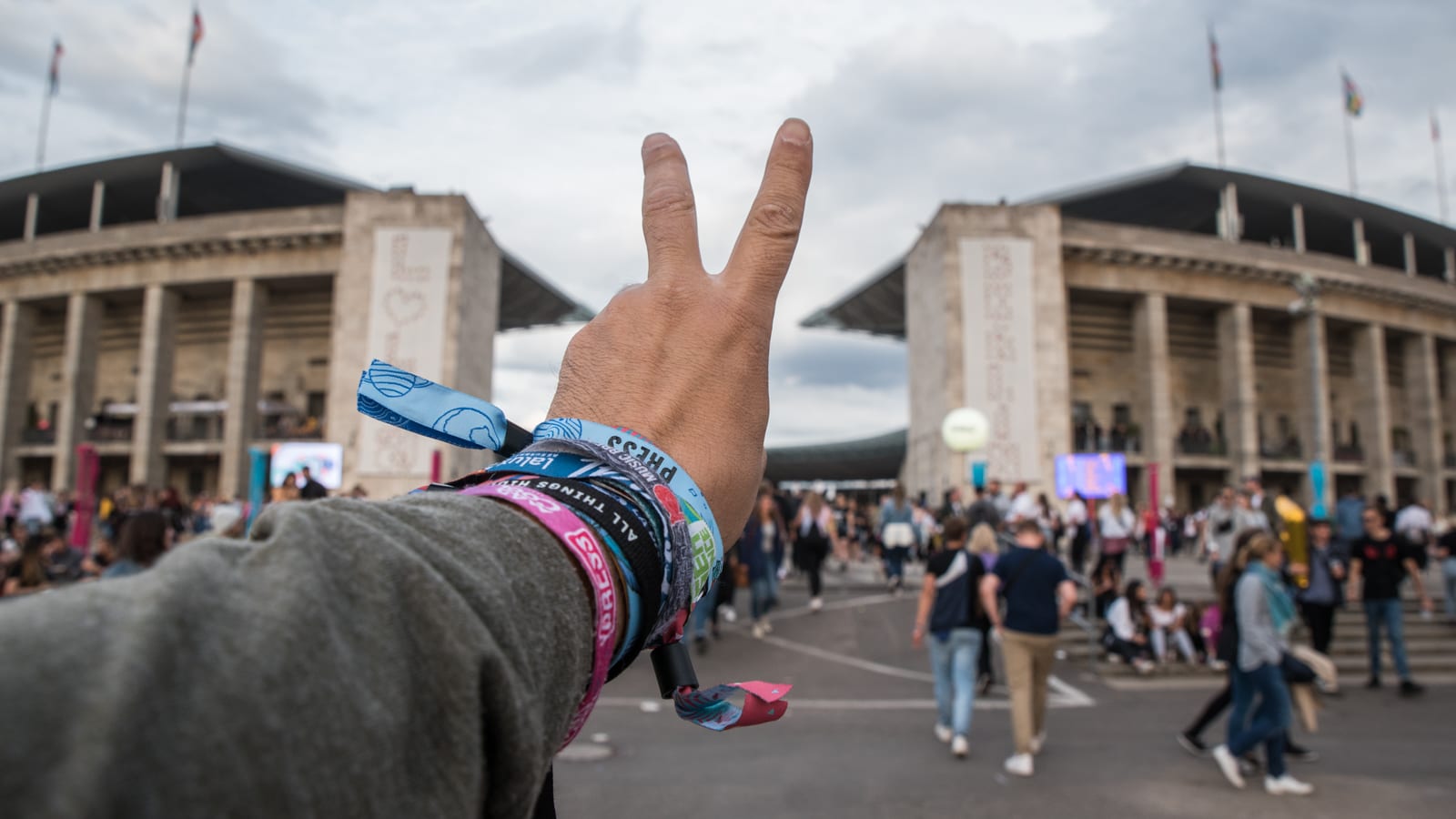