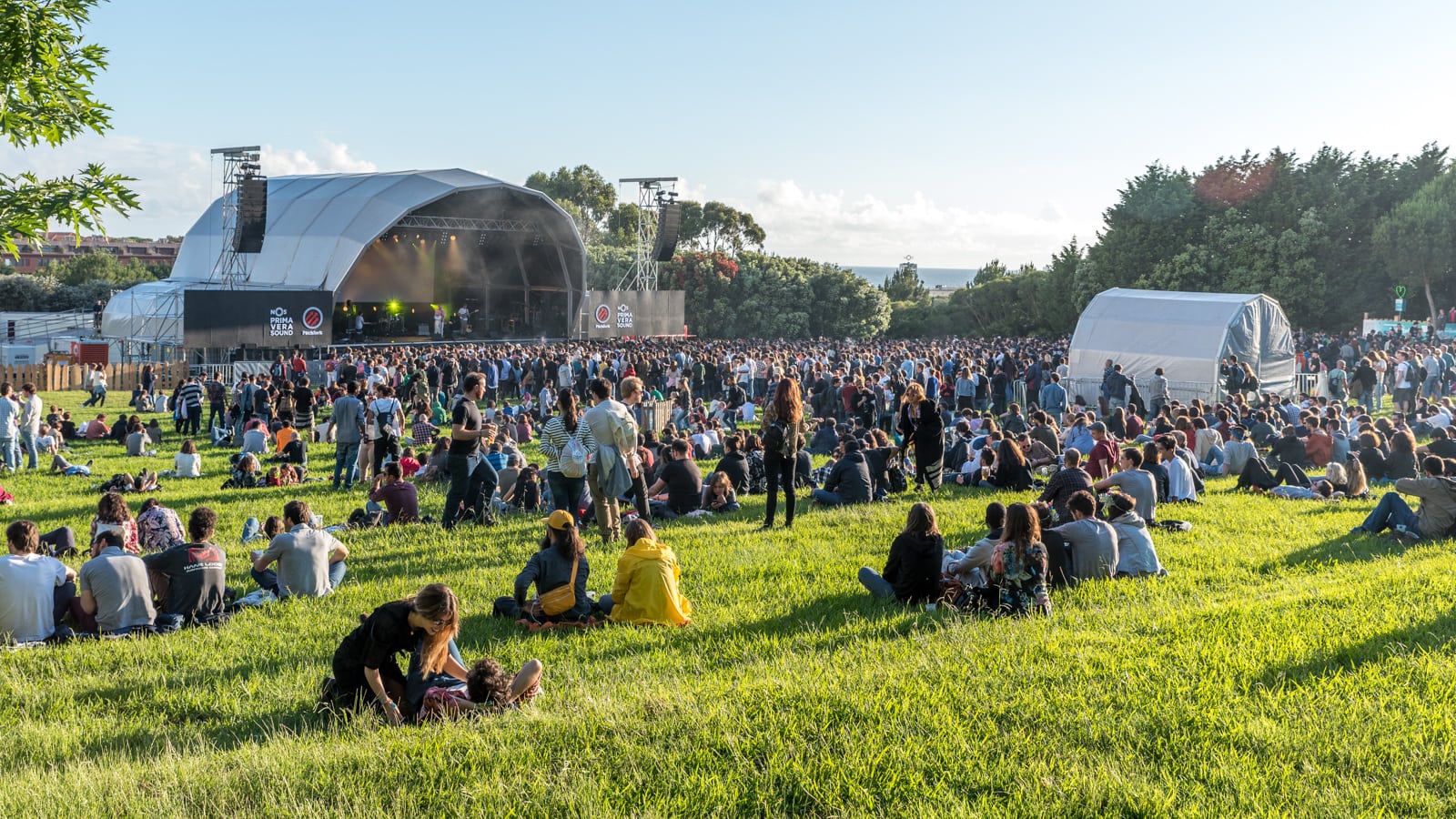 Changing locations from Barcelona to Portugal, Primavera Sound keeps the festival going for a second weekend in Porto. While the lineups may share similar DNA, NOS Primavera Sound boasts a vibe completely different from its larger sibling.

Pilgrims have been making their way to Porto for hundreds of years to hike the famed Camino de Santiago, but I’m here searching for a different kind of enlightenment. Seeking out these boutique festival experiences for the past four years has brought me to cities and countries that I never imagined I would visit, like here in the second largest city of Portugal. It’s certainly an interesting way to see the world, and the lively city of Porto combined with the heavenly lineup of NOS Primavera Sound is well worth the trip. 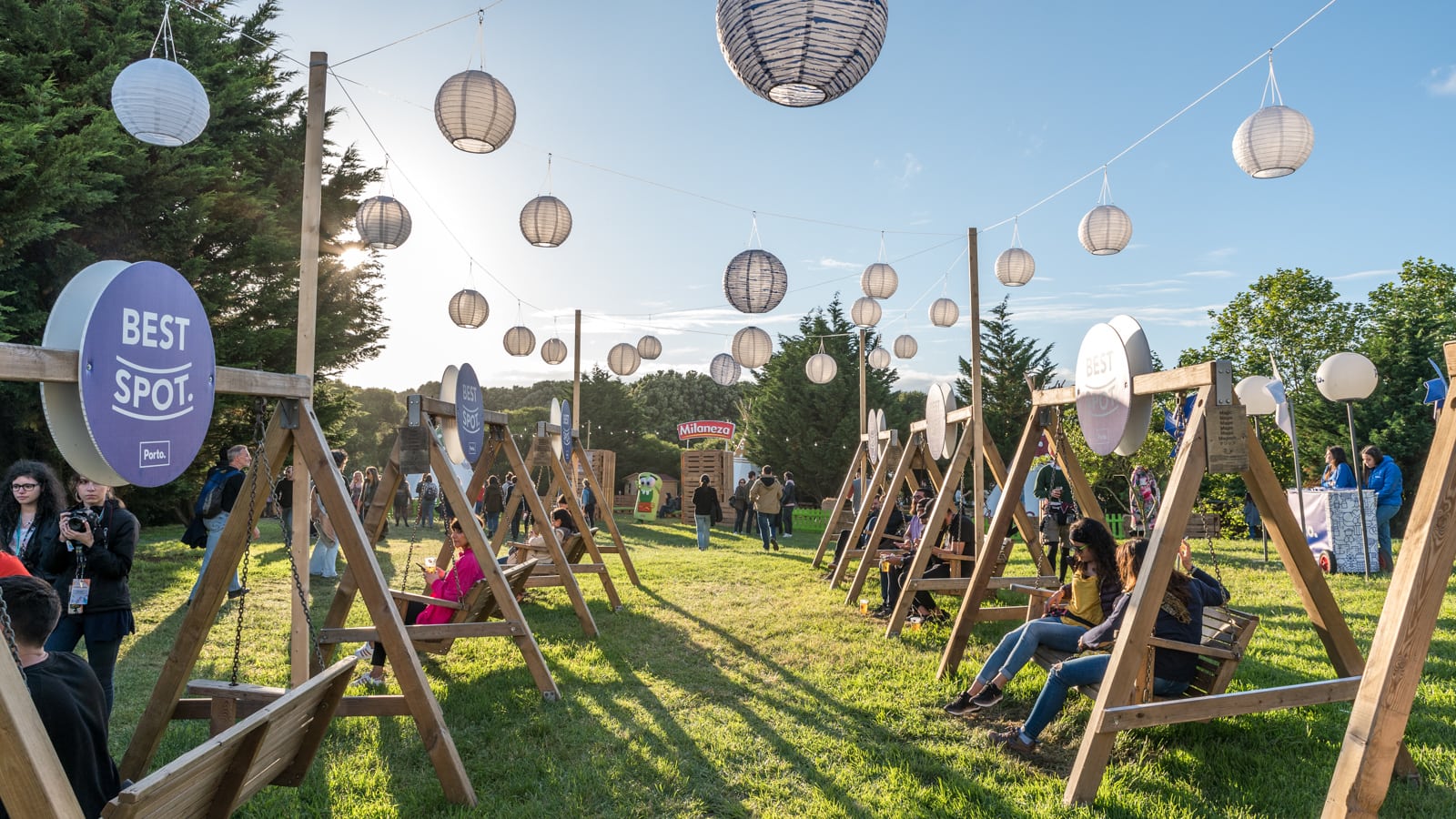 Party in the Park
NOS Primavera Sound has an incredible layout with the majority of the stages situated on soft grassy hillsides inside the Parque da Cidade (City Park). The two main venues are located side by side at the bottom of a lush bowl, a natural theater seating situation where every spot provides a view of the action. Further out is the hidden Pitchfork stage, the best place to spend the afternoon and late nights. New this year was the addition of the Seat Stage near the main entrance, and at night, the party moves inside to the electronic themed Primavera Bits warehouse. 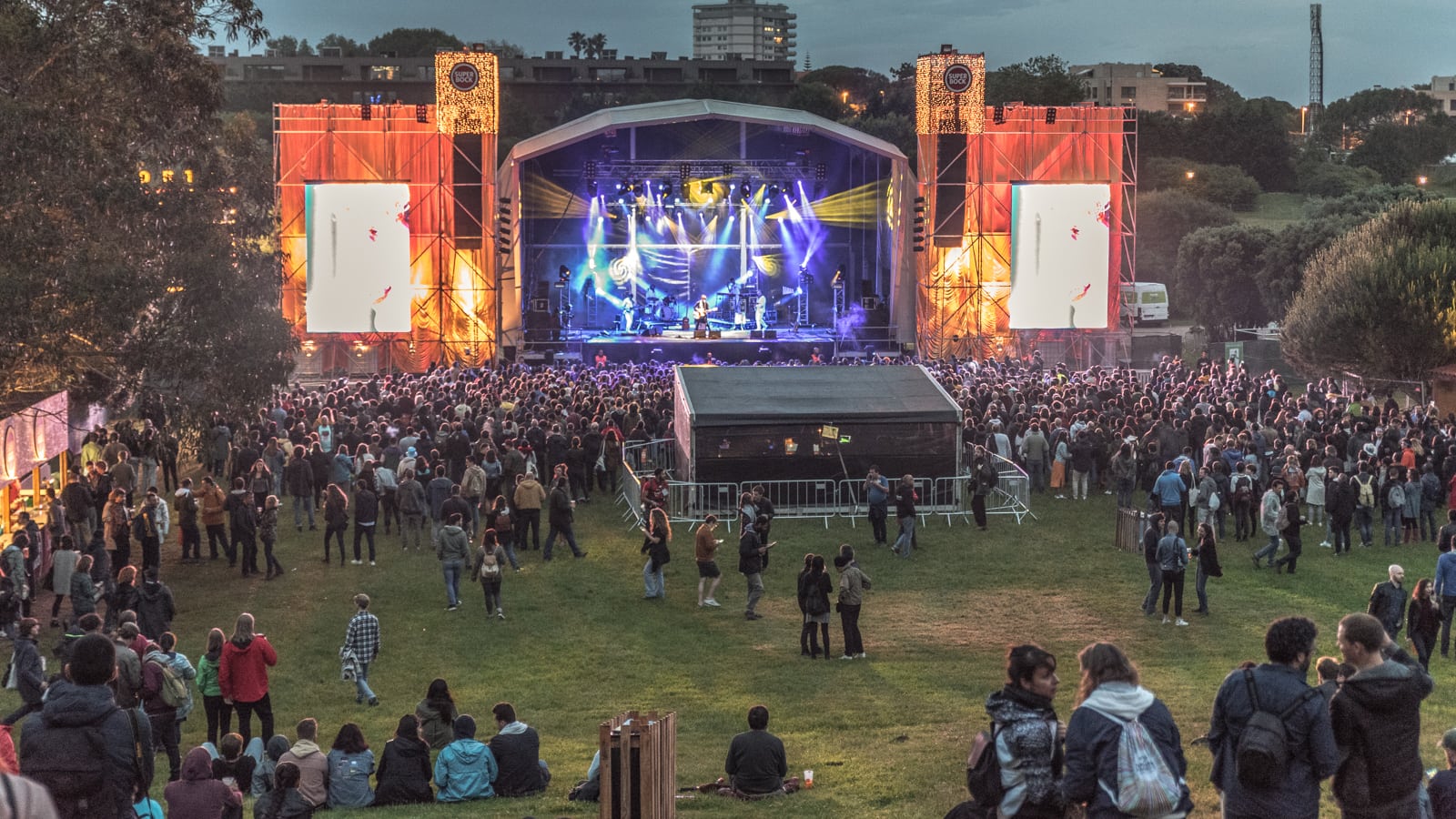 We Love Free
NOS Primavera Sound offered up a free taste of the festival on Wednesday night with a Fatboy Slim concert held in the main square of town at Oporto City Hall. It may have started by ten, but nobody returned to my hostel before dawn. Between the dancing, the drinking, and the music, there was still time to dash off to the many still open cafes and restaurants in the area for a quick coffee or cocktail (or both!). 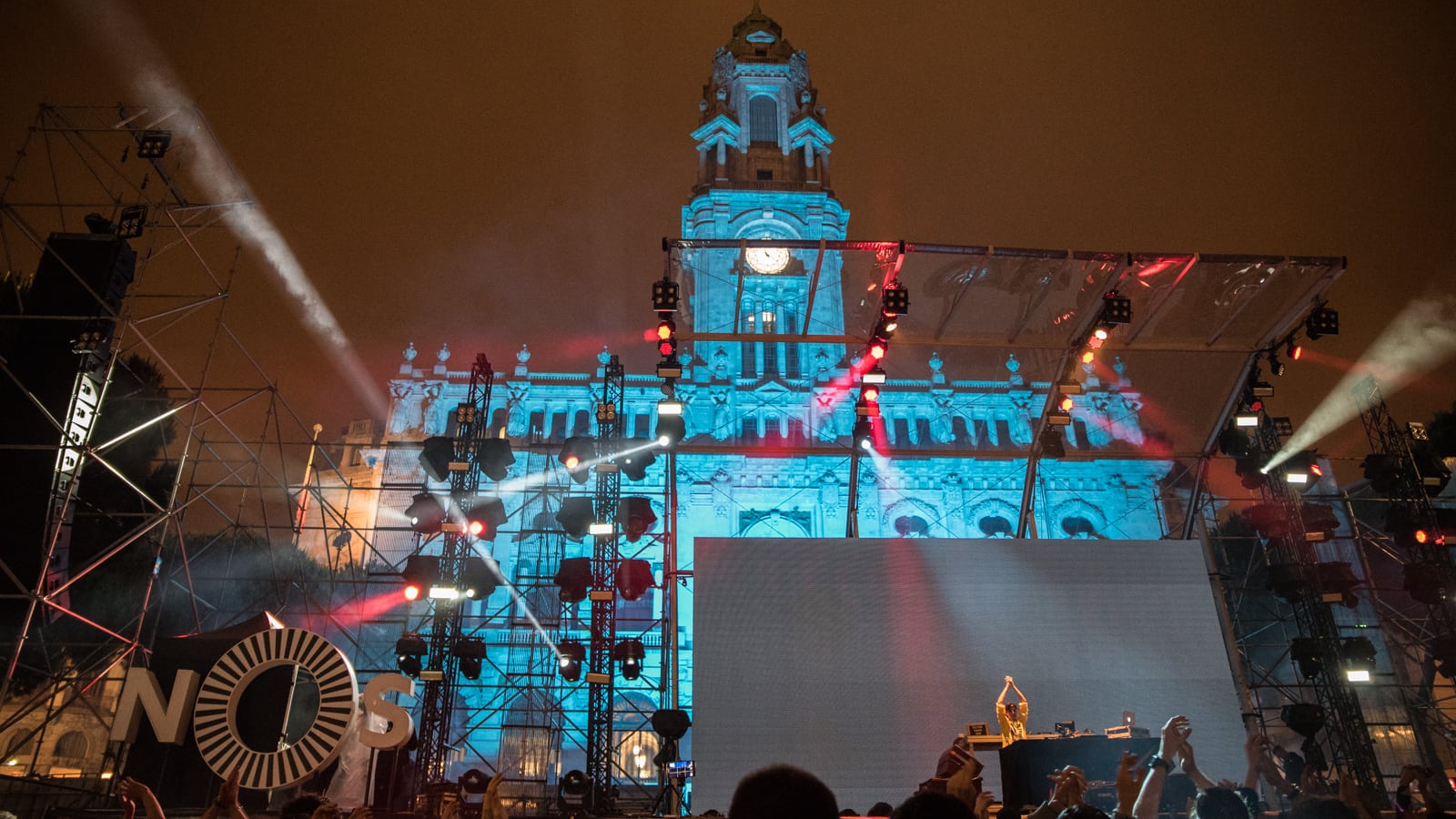 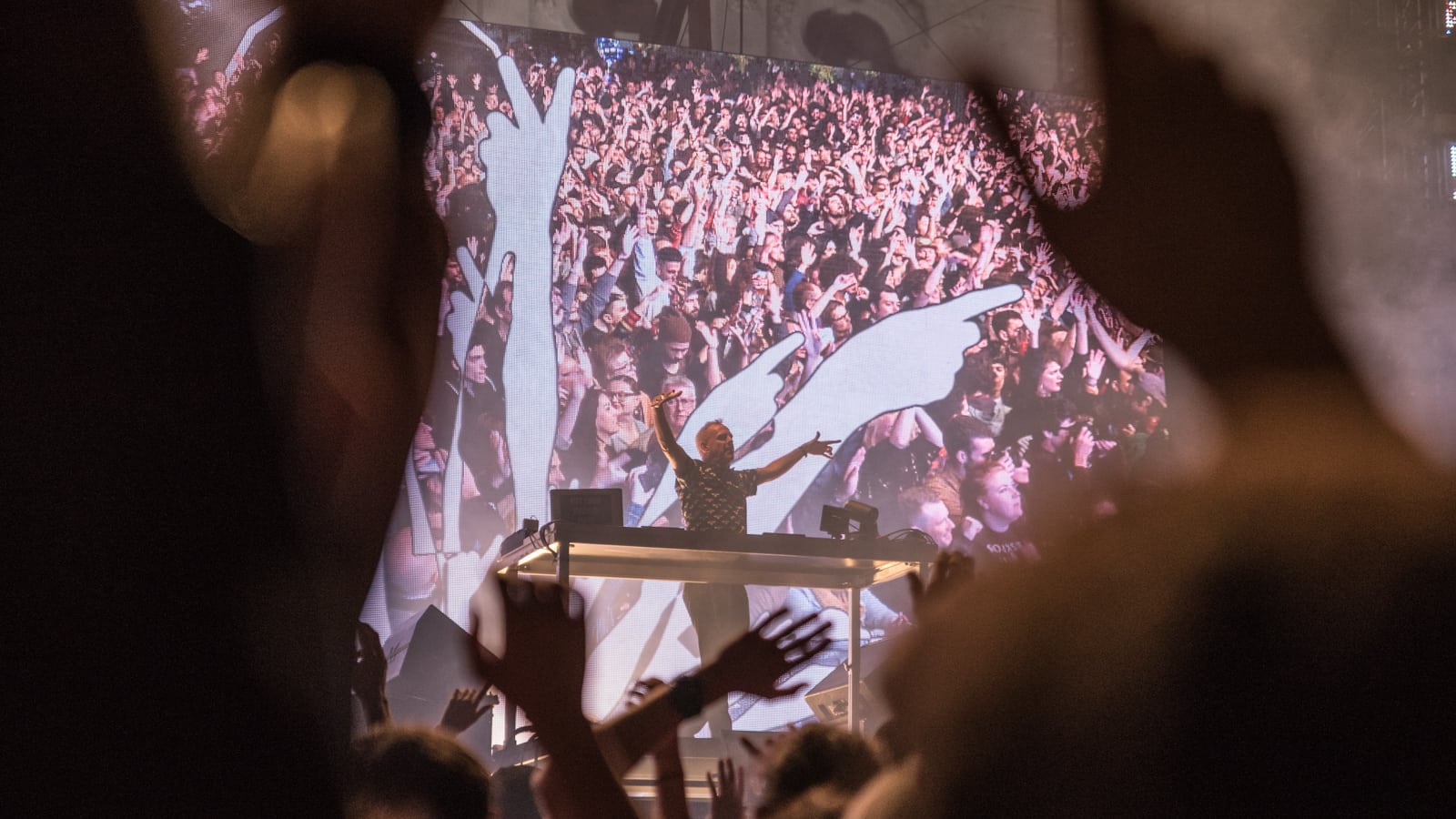 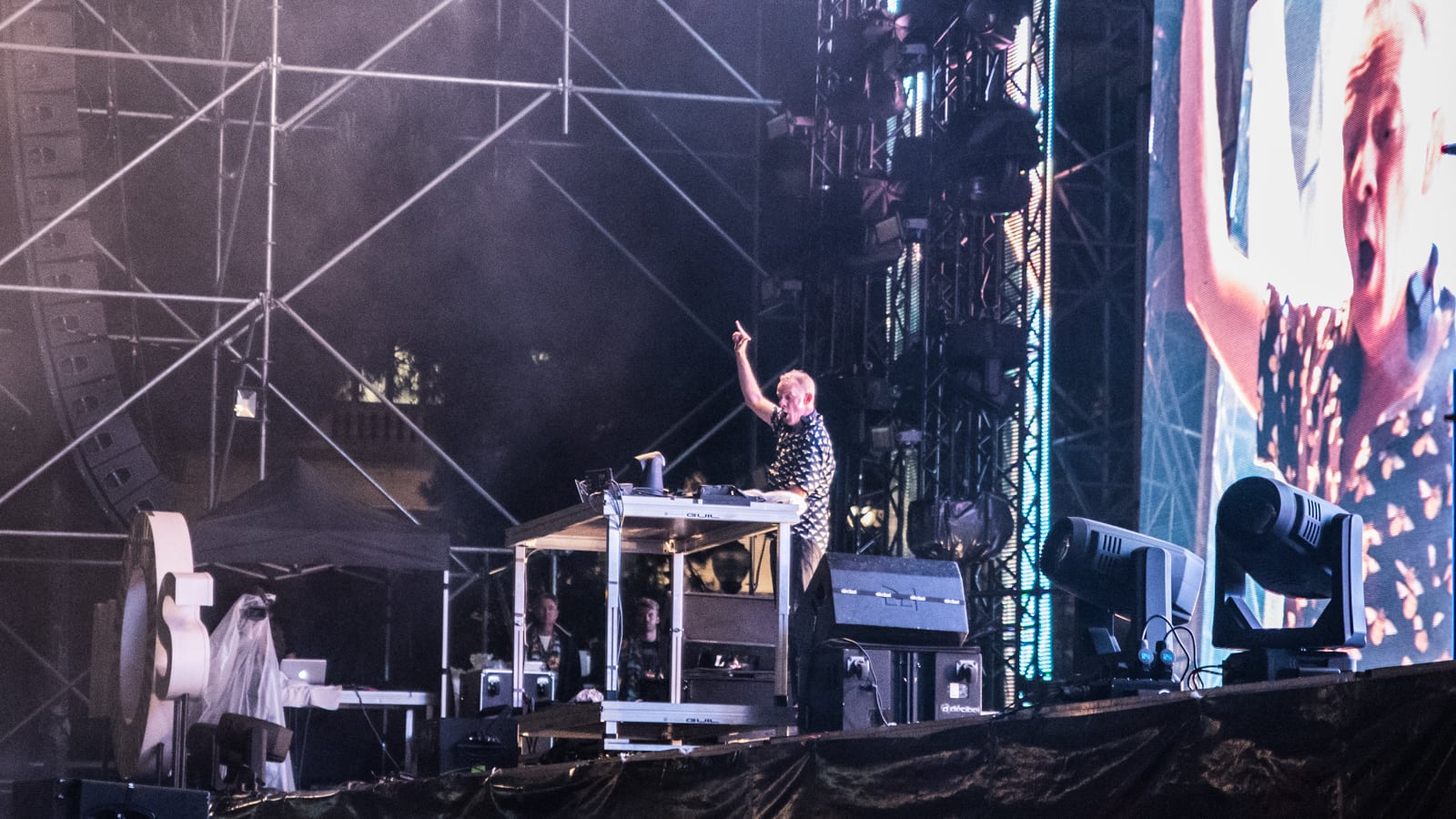 Reusable Cups At Festivals Work
Look at that photo. Is this opening night of the festival? Nope. It’s Friday at midnight just ten minutes after a sea of drinking festies stumbled out after the Mavi Phoenix show. You know why it’s so clean? Reusable cups. For a single euro deposit, you receive a cool keepsake, with the added benefit that you’ll never see a plastic cup on the ground. This is something that should be happening at all fests. 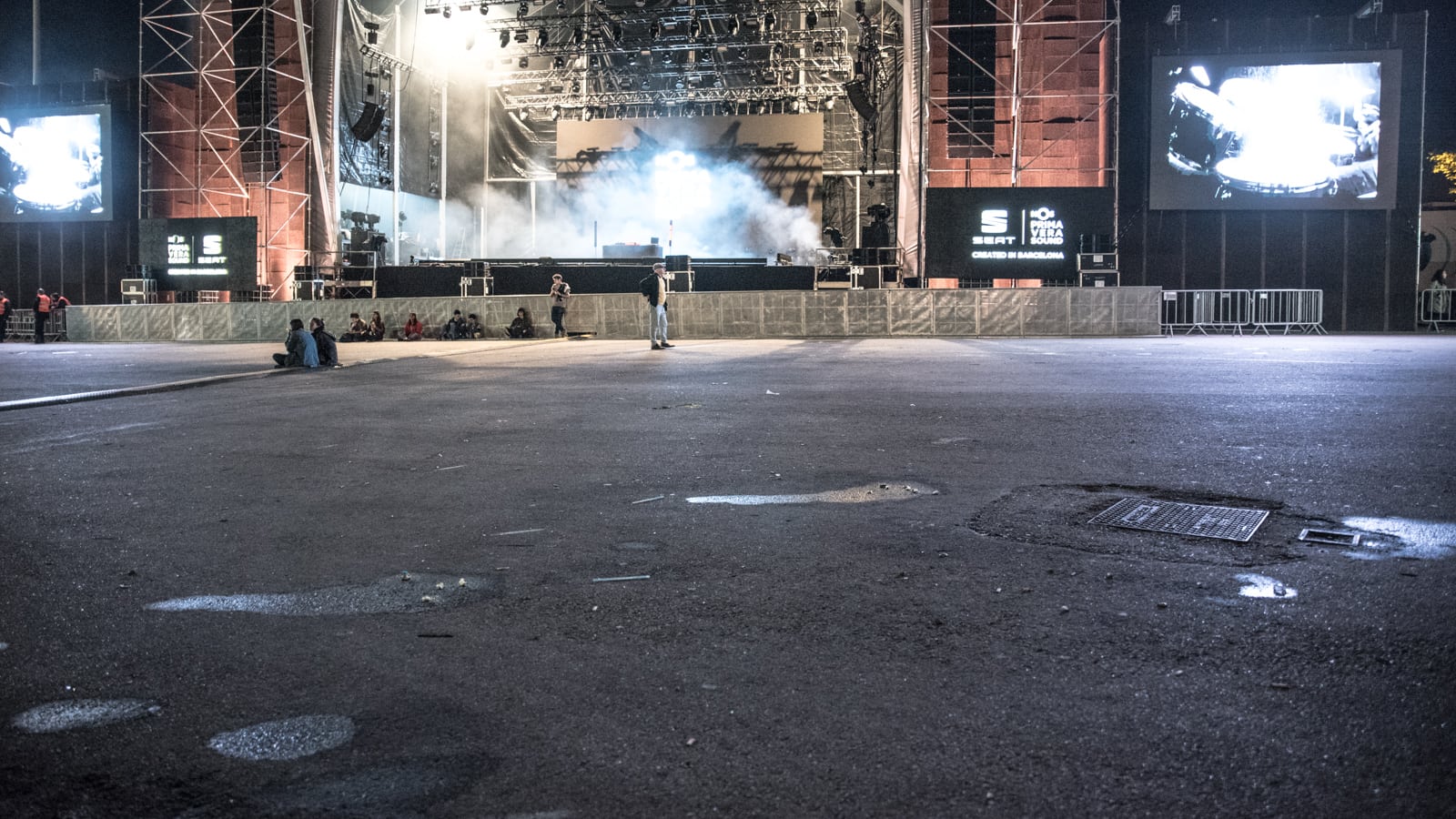 The Wacky Weather of Portugal
The steamy and sultry reputation of the Portuguese summer didn’t pan out during the weekend with temperatures hovering around uncharacteristic lows with rainy skies. The Germans and Danish were bummed as the north was in the midst of a record-breaking heatwave. “I only brought one pair of pants,” a Floridan told me. “I thought it would be hot here.” Still, it didn’t seem to have much affect on the attitudes of the festies in attendance. After all, this is a city festival. No wet tents! 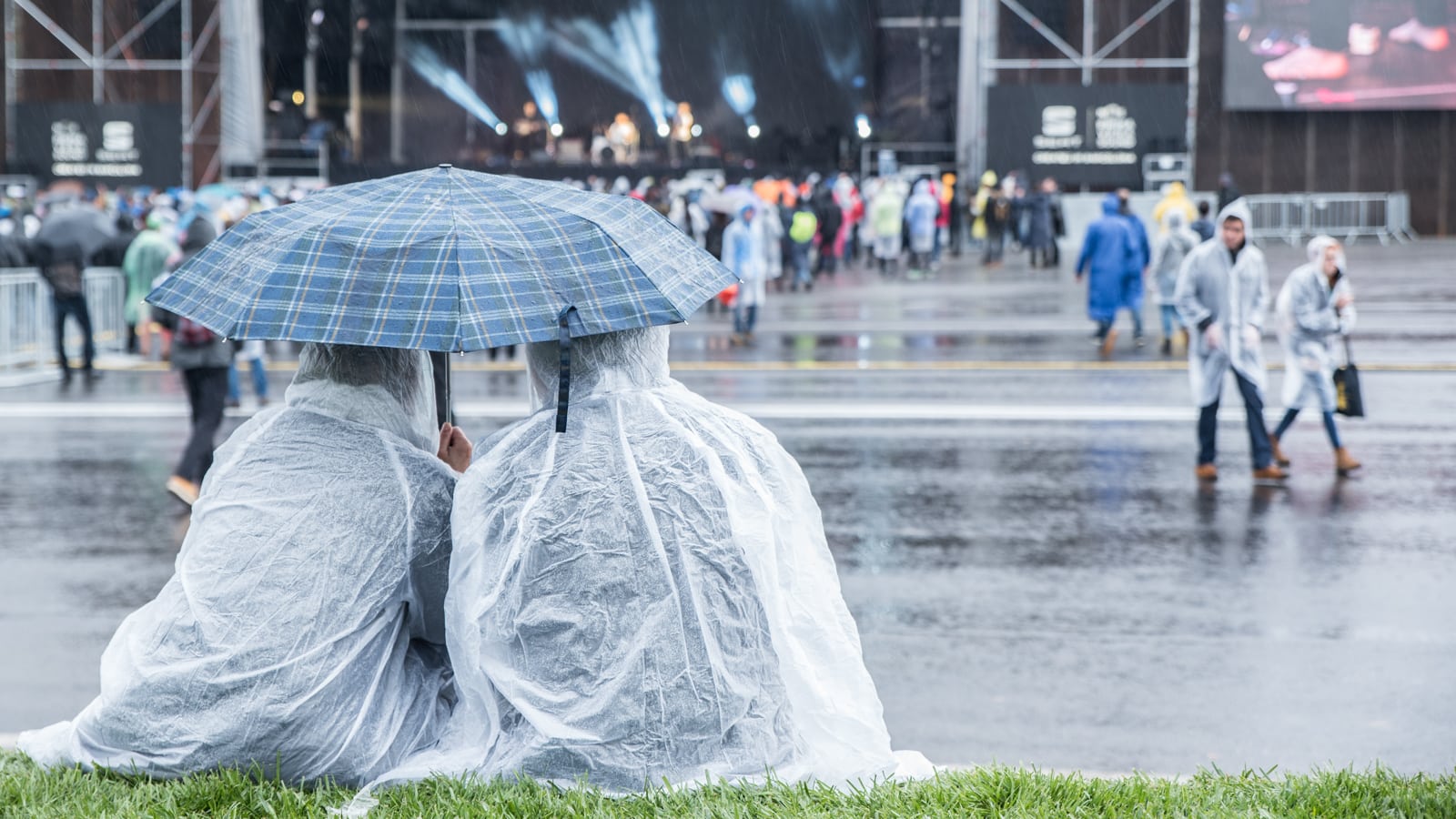 Lorde
The New Zealand singer has certainly earned a headlining spot at festivals with nearly everyone at my hostel buying a Thursday ticket just to see her perform. “We have sort have adopted her,” Val from Australia told me. “It’s close enough.”

Public Service Broadcasting
My new favorite band. Sort of soaring indie rock set to old movie and news clips. I stood transfixed under my six-dollar umbrella during the whole rainy set. I’m also sure this will the be the only act I see this summer with a dancing astronaut.

IDLES
Friday was the only full day of sunshine and of course, IDLES, had to kick it off on the main stage. Like I said last week, this an amazing band to see live. Also, they summed up my travels like this: “I was done in on the weekend. The weekend lasted twenty years.” 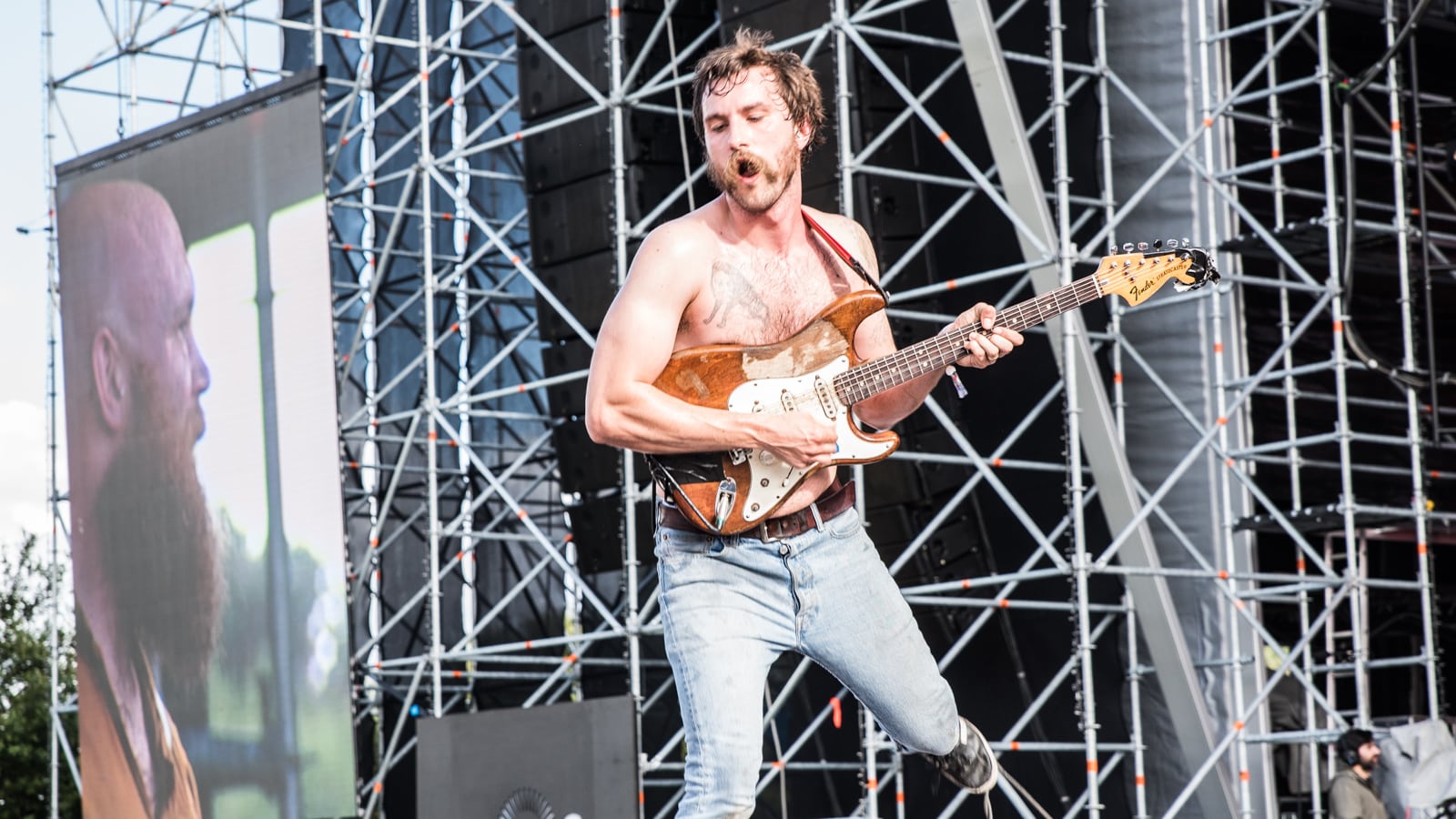 Breeders
Speaking of favorites from last week, Breeders were on the bill again and back in my heart.  Best moments this time from Kim Deal: Playing Gigantic and thanking the crew for “putting up with Kelley’s bullshit for the last nine weeks” on the road.

Thundercat vs Four Tet vs Fever Ray
During one surreal hour, I was able to sample all three of these artists, including Thundercat with his freeform electronic jazz jam, a Four Tet solo set with experimental electronic, and the clear winner of not only the strangest act I’ve seen this weekend, but the strangest of all summer, the Swedish Fever Ray. 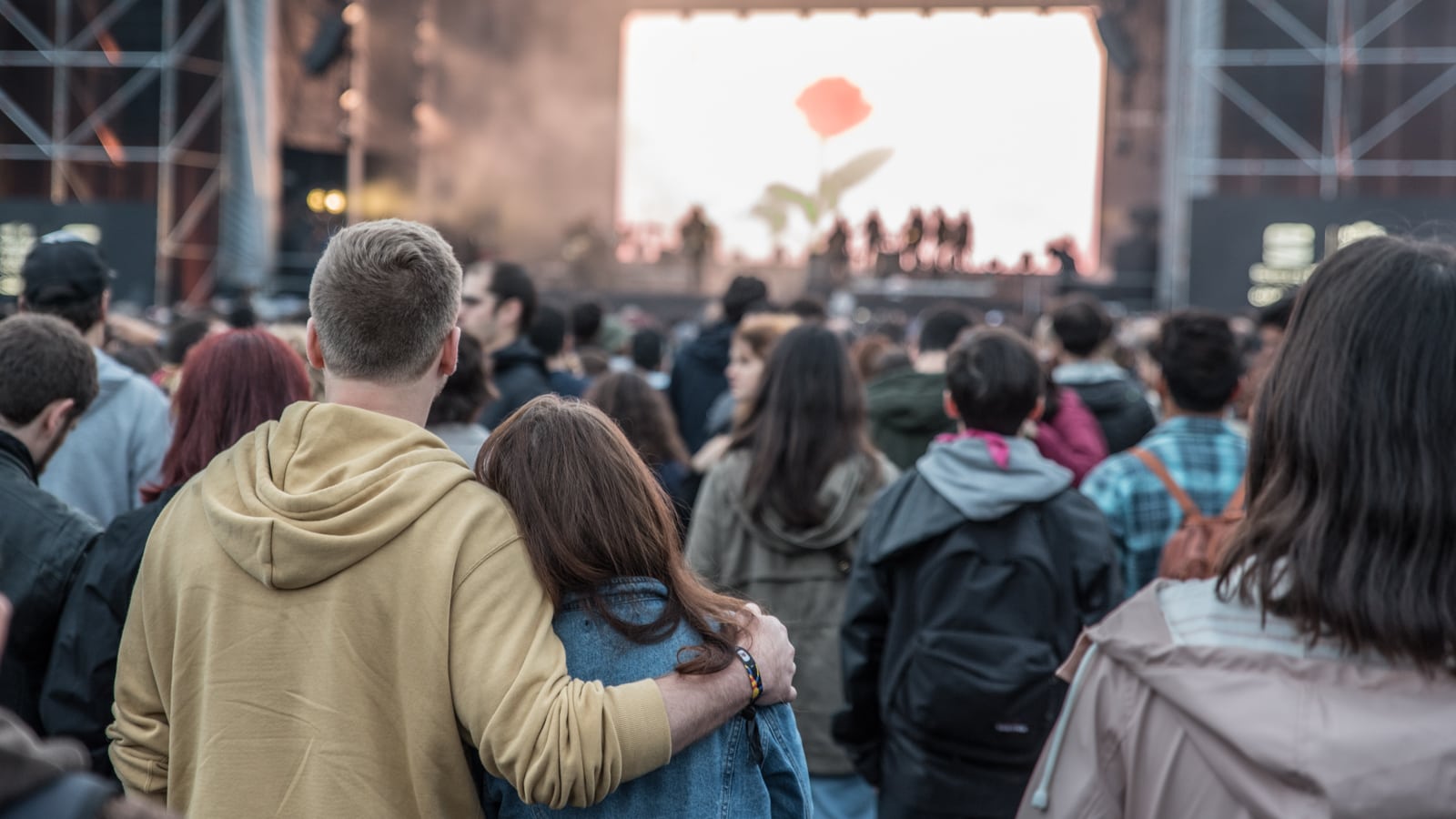 A$AP Rocky
I only saw a little of the show from the top of the hill, but Langdon from the UK provided the following review the next morning. “I cut my my leg dancing in the pit. It was awesome.”

Vince Staples
While I may aimlessly wax on about intimate crowds, and blah, blah, blah, sometimes you need a rabble rousing packed hillside of festies to amp up the energy. In France, Vince Staples put on a lackluster show to a disinterested crowd, but here in Portugal, the whole scene was far more electric with the sizable crowd. 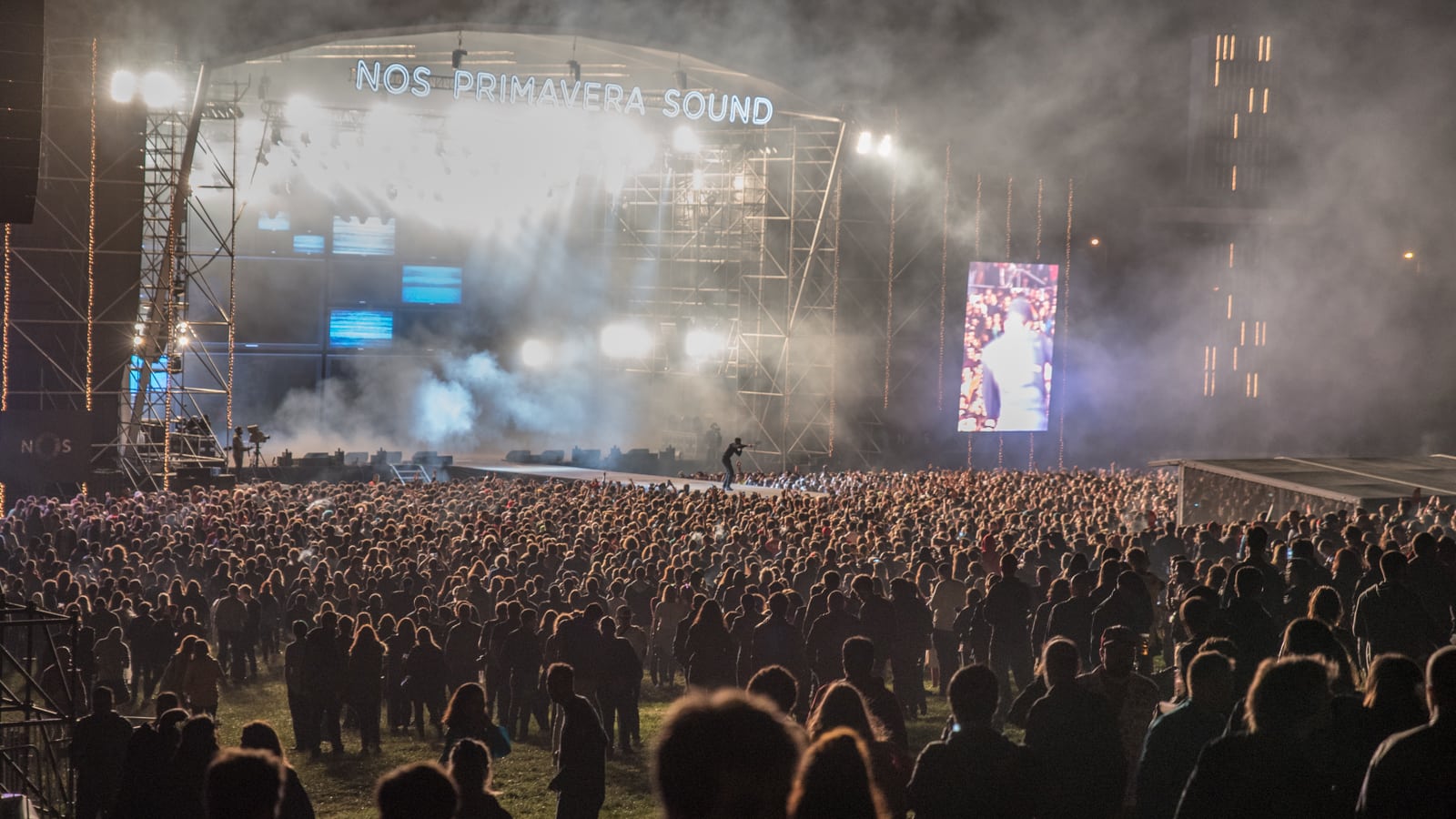 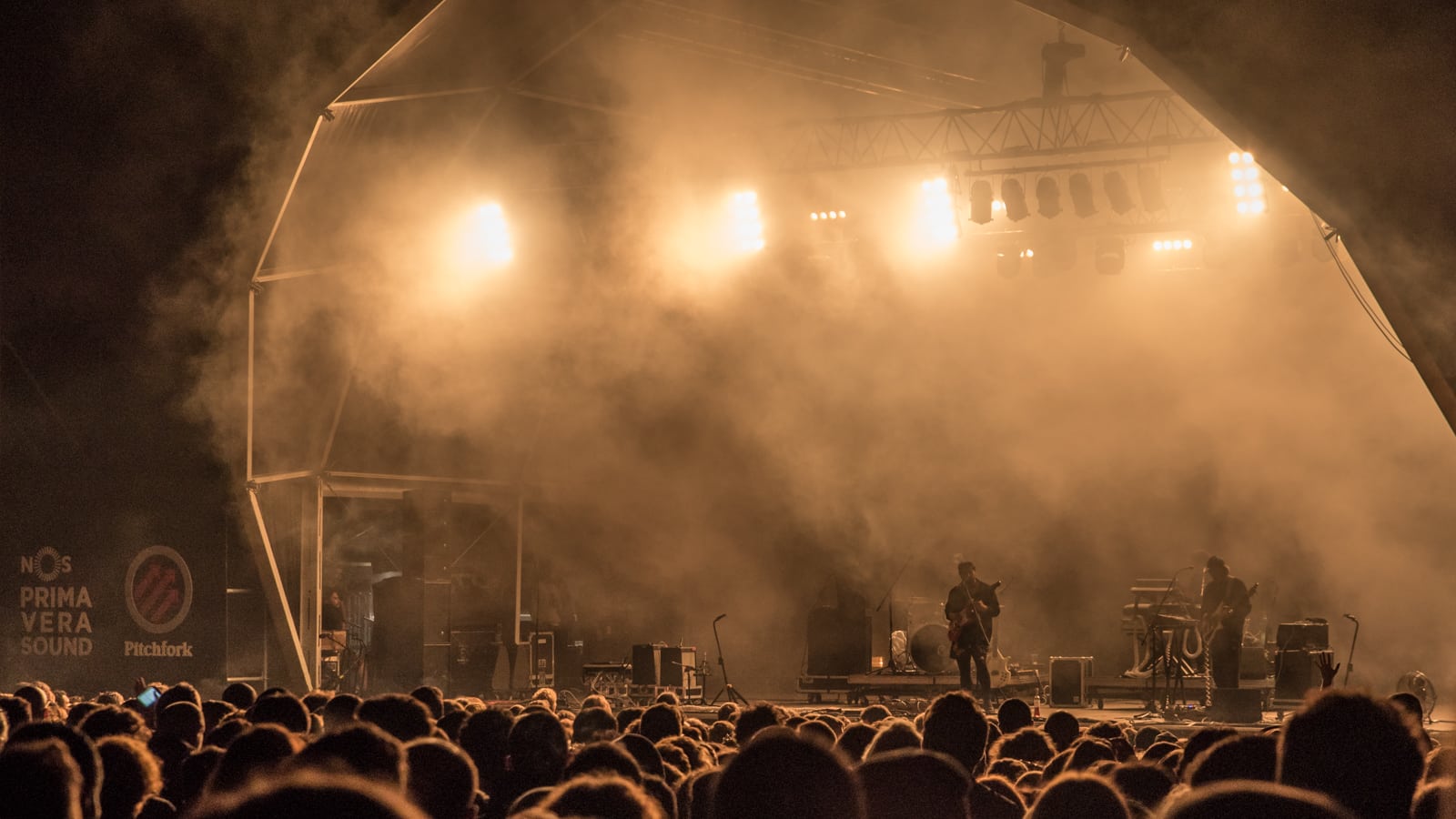 What Rain?
Here’s the thing about rain at a city festival. You’re not camping, so get wet and have fun because there’s a shower and dry clothes waiting for you at home. 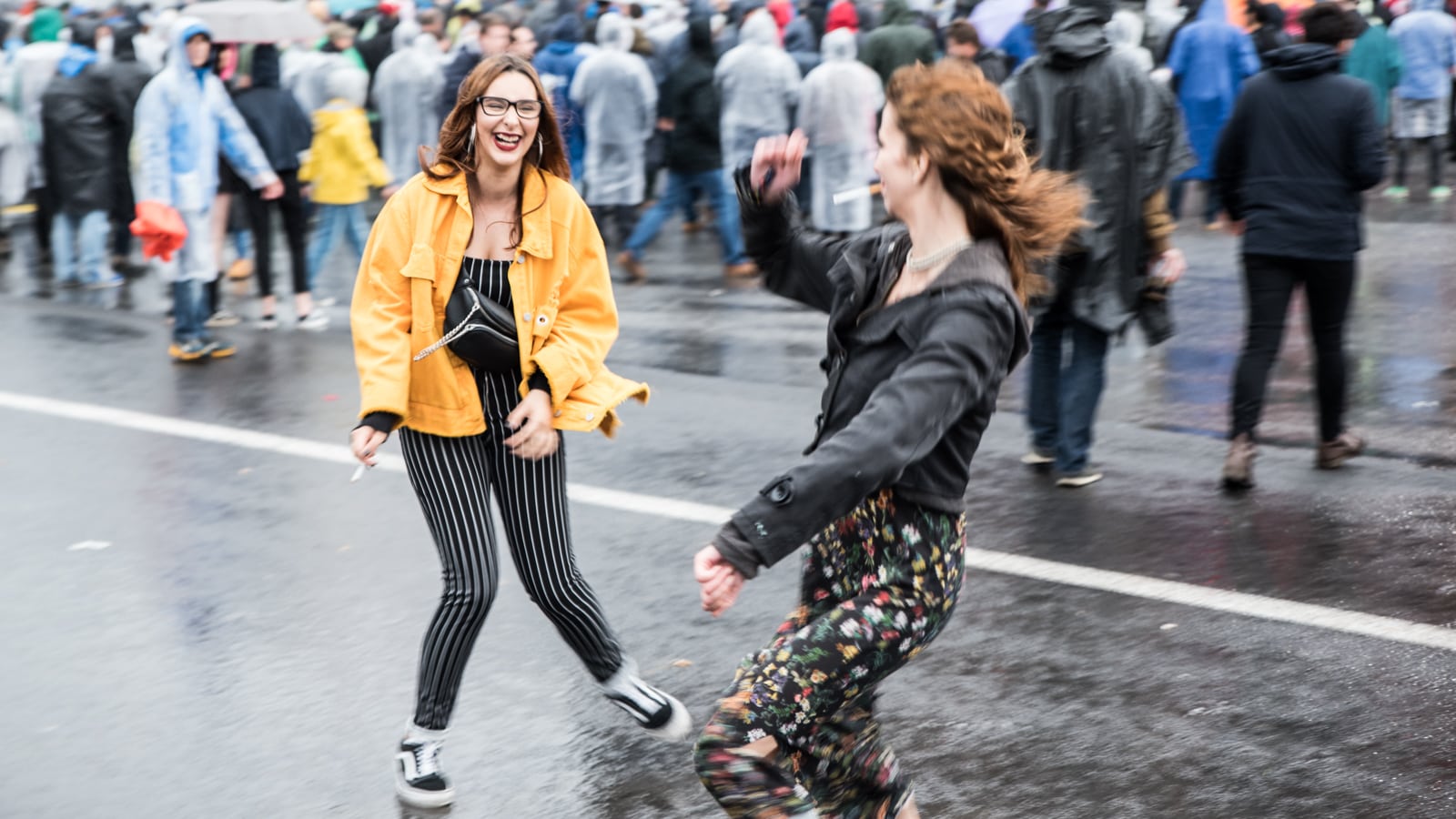 City of Coffee
Porto has a serious coffee addiction and I’m hooked. Like the Italians, espresso is served at all time in what seems like every establishment (usually for under a $1). My top spot for atmosphere, breakfast, and conducting the business of a being a festival reporter is at Moustache Coffee House. 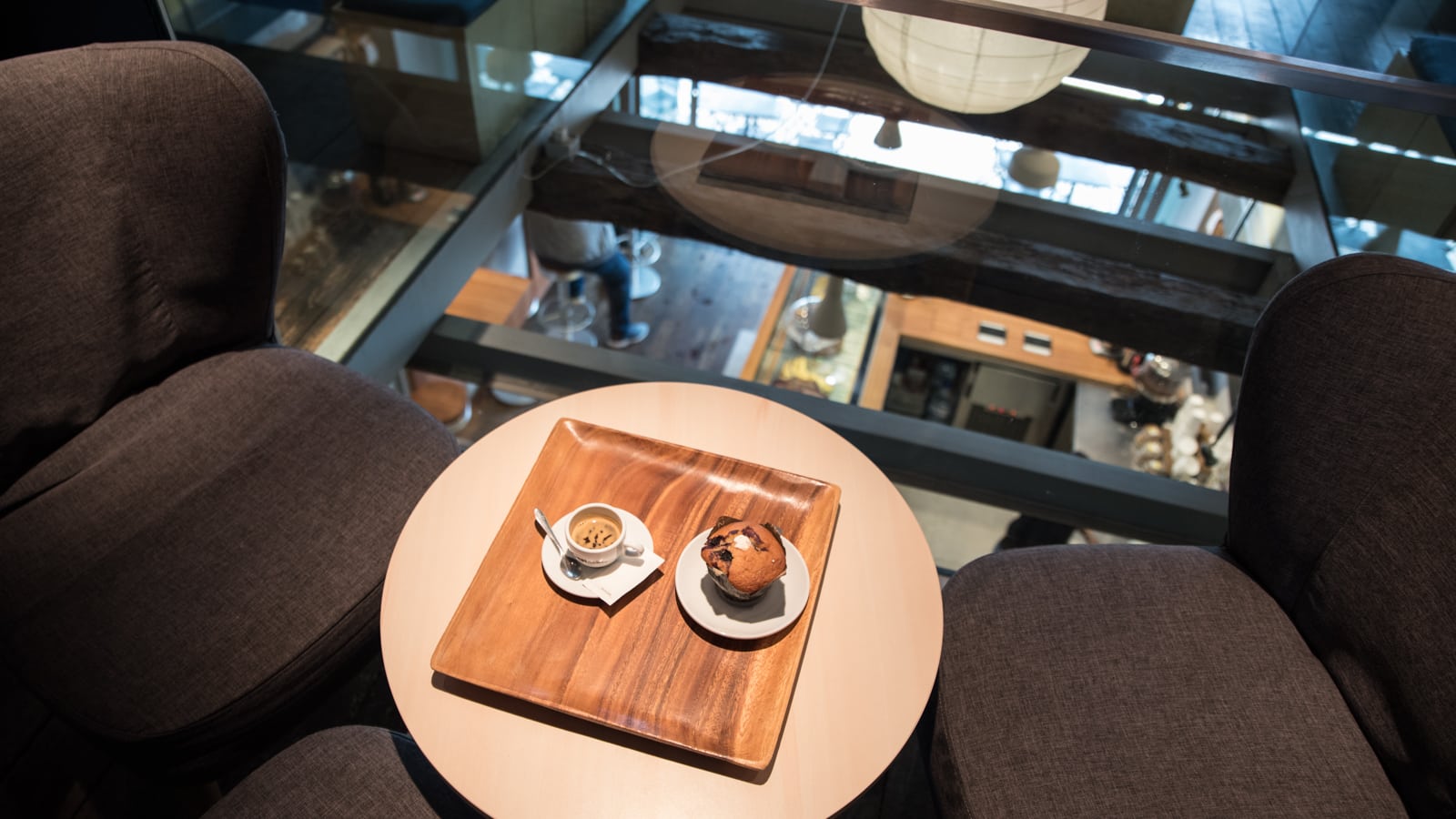 Ethics in Music Journalism
“I have so many better photos of Tyler, the Creator from the Barcelona edition,” a photographer said to me. “And he’s wearing the same outfit with the same backdrop.” The whole conversation felt like a future panel for the  HowTheLightGetsIn philosophy festival.

Bag of the Week 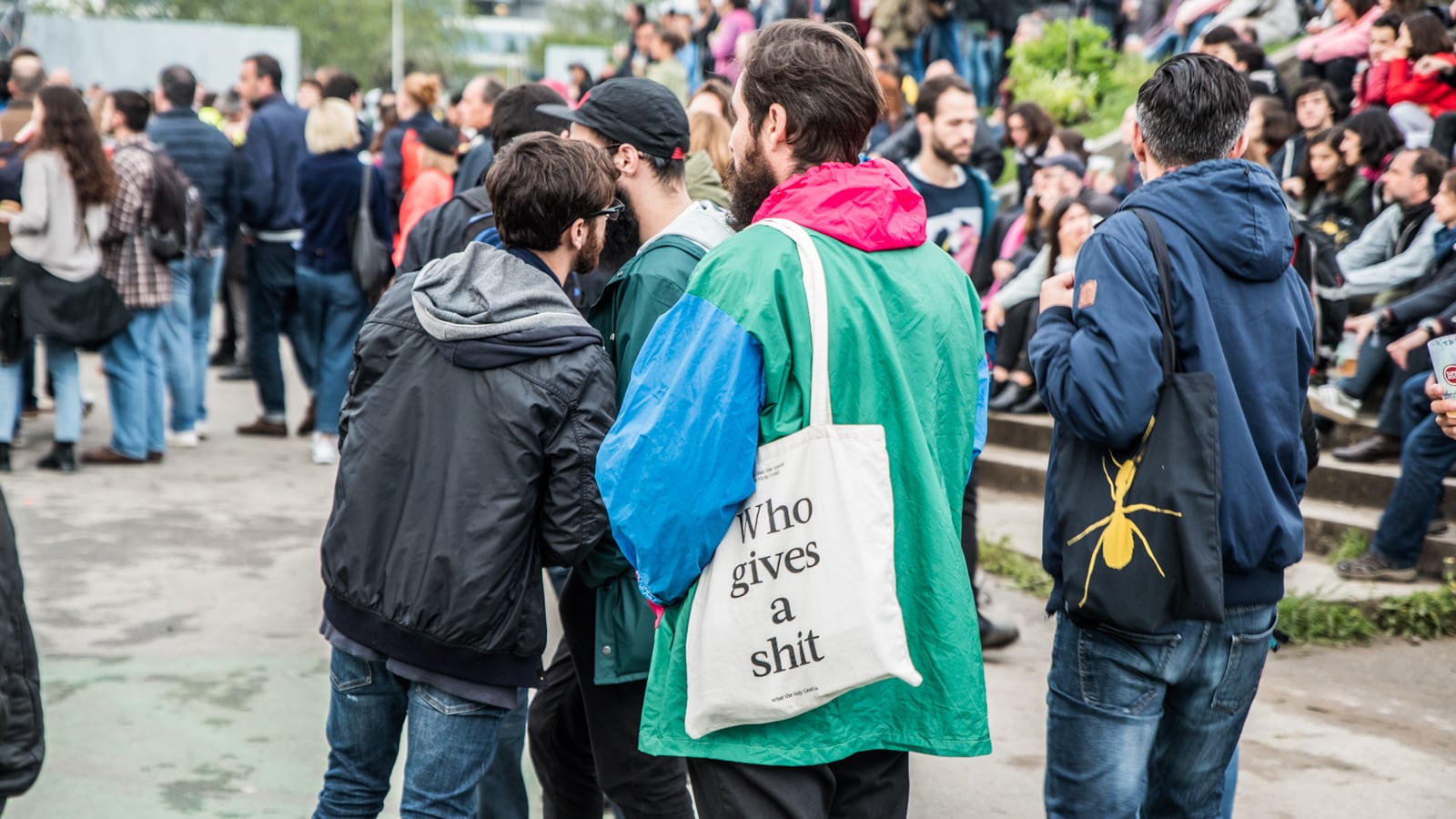 Where Did You Sleep?
There’s no camping at NOS Primavera, so I split my time bouncing around the many excellent hostels here. At the top of the list stands Porto Lounge ($25/night) with bright, airy rooms and an incredible staff. One of the cleanest hostels I have ever stayed at.

How Did You Get Around?
There’s a bus for the festival that will test your patience with mankind. Sure, it runs from downtown to the festival, but there’s 27 stops along the way turning what should be a twenty-minute ride into an energy draining hour. The far better method is to split an Uber which ended up costing a whopping additional $2.50 more than the bus. Oh, it only took fifteen minutes and there’s a VIP entrance at the main gate just for Uber riders.

How Did You Get There?
Portugal is off the beaten track so odds are you’ll need to fly. Porto has plenty of connecting flights, especially from Barcelona and Marseille. I took a Blablacar from Nimes to the tiny city of Carcassone ($12 USD and very pleasant company), and caught another super cheap flight on RyanAir ($23 USD).

The sun is warm, the beer is cold, and the lineup is a music lover’s dream. What more do you need from a festival? TINALS has grown into one of the best indie rock festivals in Europe over the last half decade and  you can expect it to continue to shine. 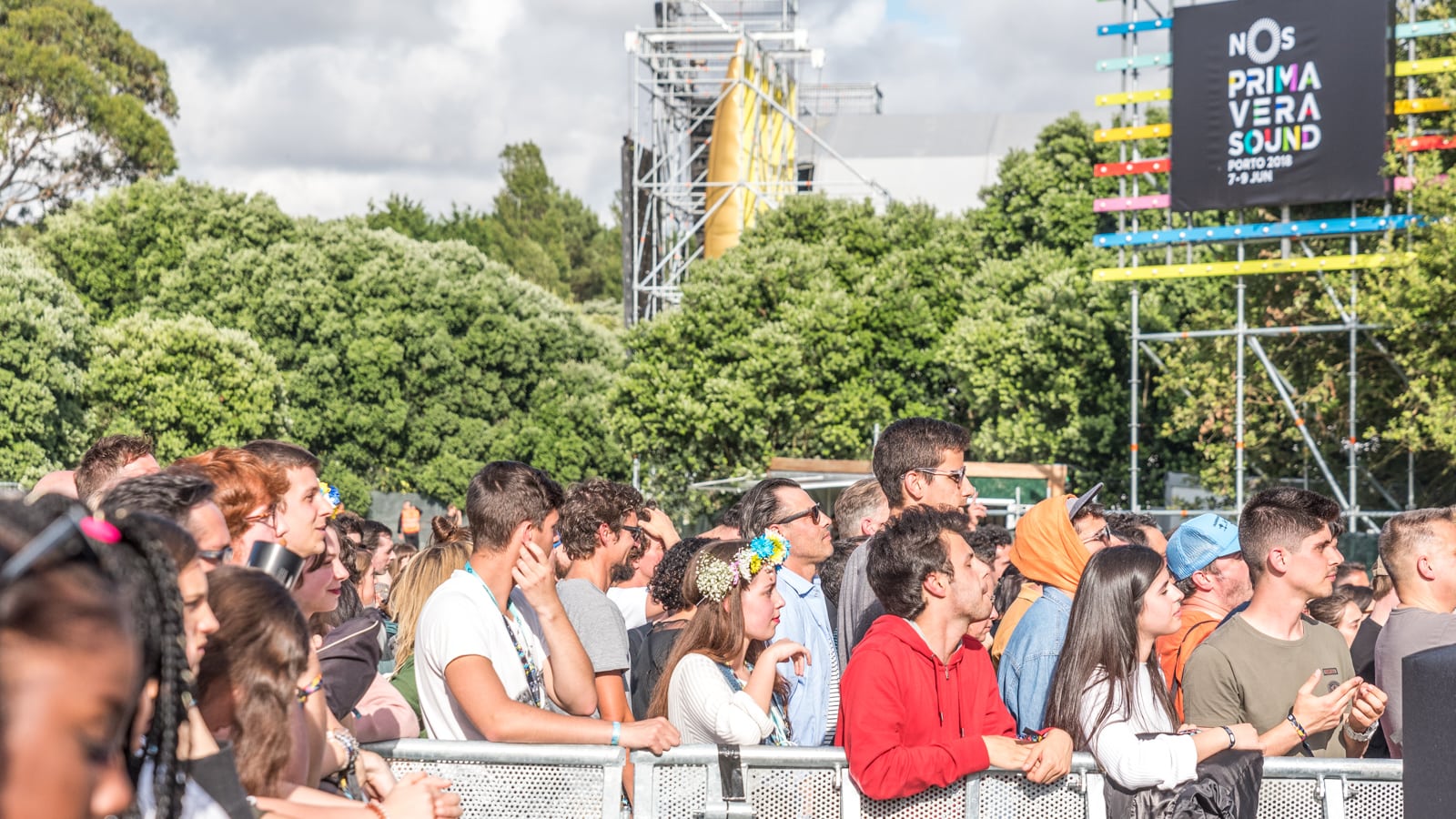