Out of the heat and into the North, I caught an overnight train from Germany to Denmark to celebrate at the three year old Tinderbox Festival. Denmark has a strong festival culture and I was excited to experience a proper fest, just outside the third largest city and the the birthplace of Hans Christian Anderson. The three-day Tinderbox features a wide selection of artists like The Killers and Kings of Leon alongside a number of Danish acts. 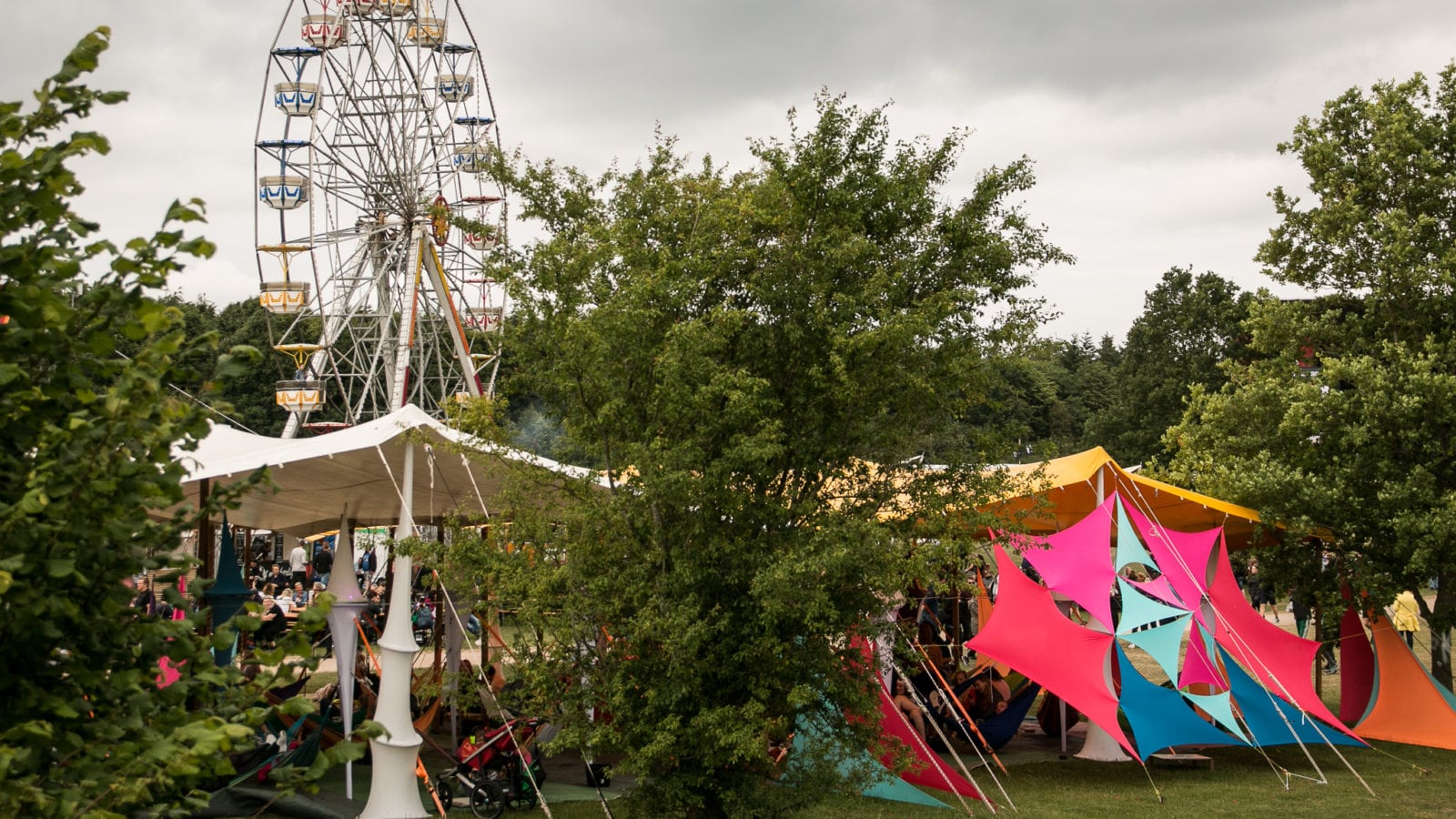 *The MFW Beer Index calculates the price of a festival beer based on 0.5 liters (roughly a pint). 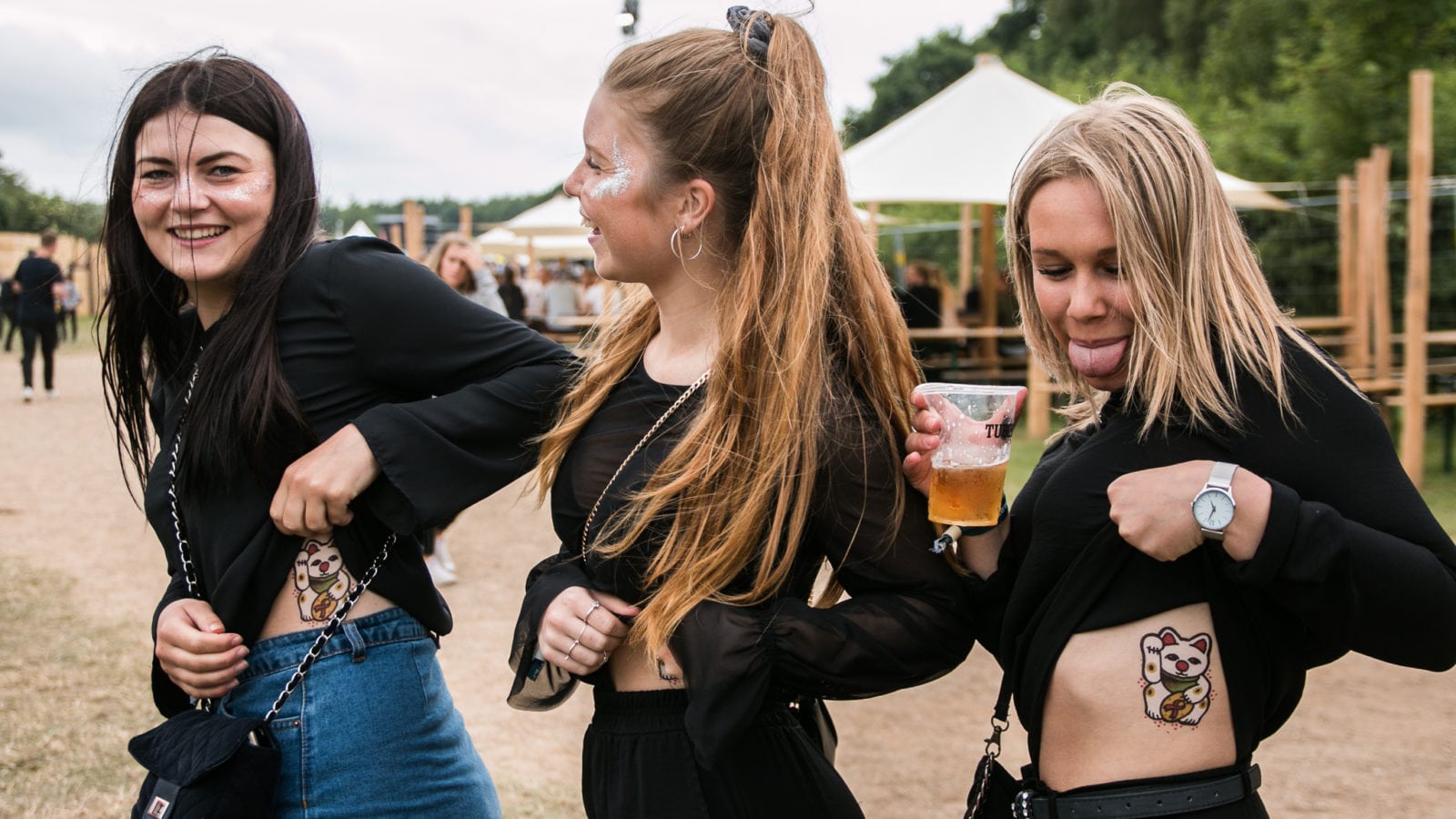 When in Denmark…
Sure there’s a shuttle from the city center which never had a line, and apparently some mysterious car parking lots that I never saw, but this is Denmark, and everybody rides a bicycle. Parked bikes stretched for nearly a kilometer around the festival grounds. Fun fact: the Danish only lock their back wheel and just leave their bikes on the ground. Also, nobody wears a helmet. 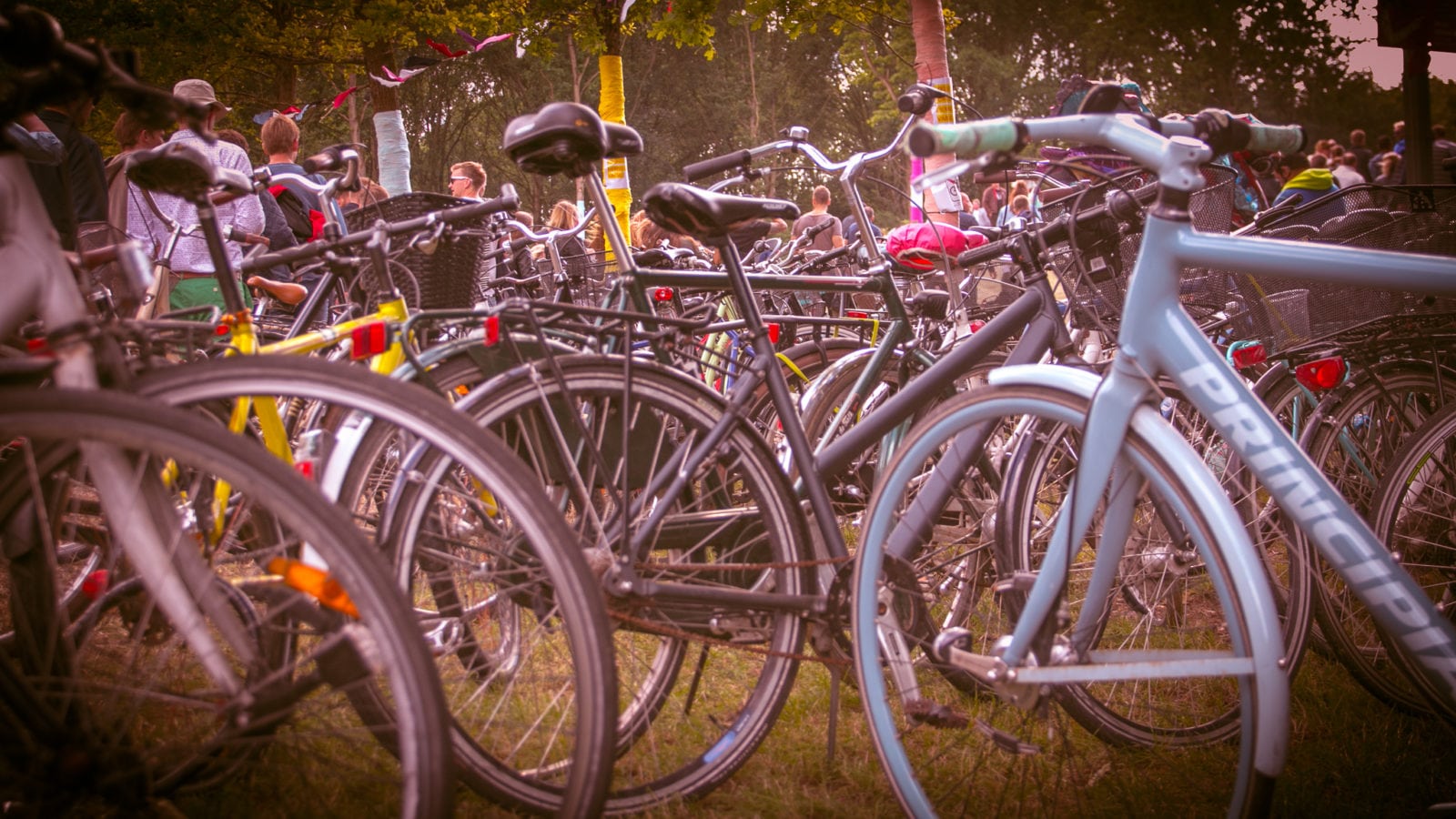 Green, Green, Green Everywhere
After being in various concrete parks, this is my first official green-field festival of the season. Held inside the dense Tusindårsskoven Forest just southwest of the Odense city center, the three main stages sit in the middle of an immense sea of grass bordered by a circle of lush trees. I’m finally able to kick off my shoes and dance like a proper festie. Or after my overnight train, track down the hammocks located near the Yellow Stage to take a quick nap.

The Rain Day Streak is Broken
The Danish give absolutely zero fucks about bad weather. When it started misting during Die Antwoord on Thursday, all they did was pull on their rain gear, and didn’t give up an inch. Most didn’t even consider it a proper rain, so I didn’t count it towards the official 100 Nights of Summer rain day tally. But I can’t ingore the squall on Saturday afternoon that only lasted twenty minutes, broke the streak, and turned into one of the sunnier days of the weekend. 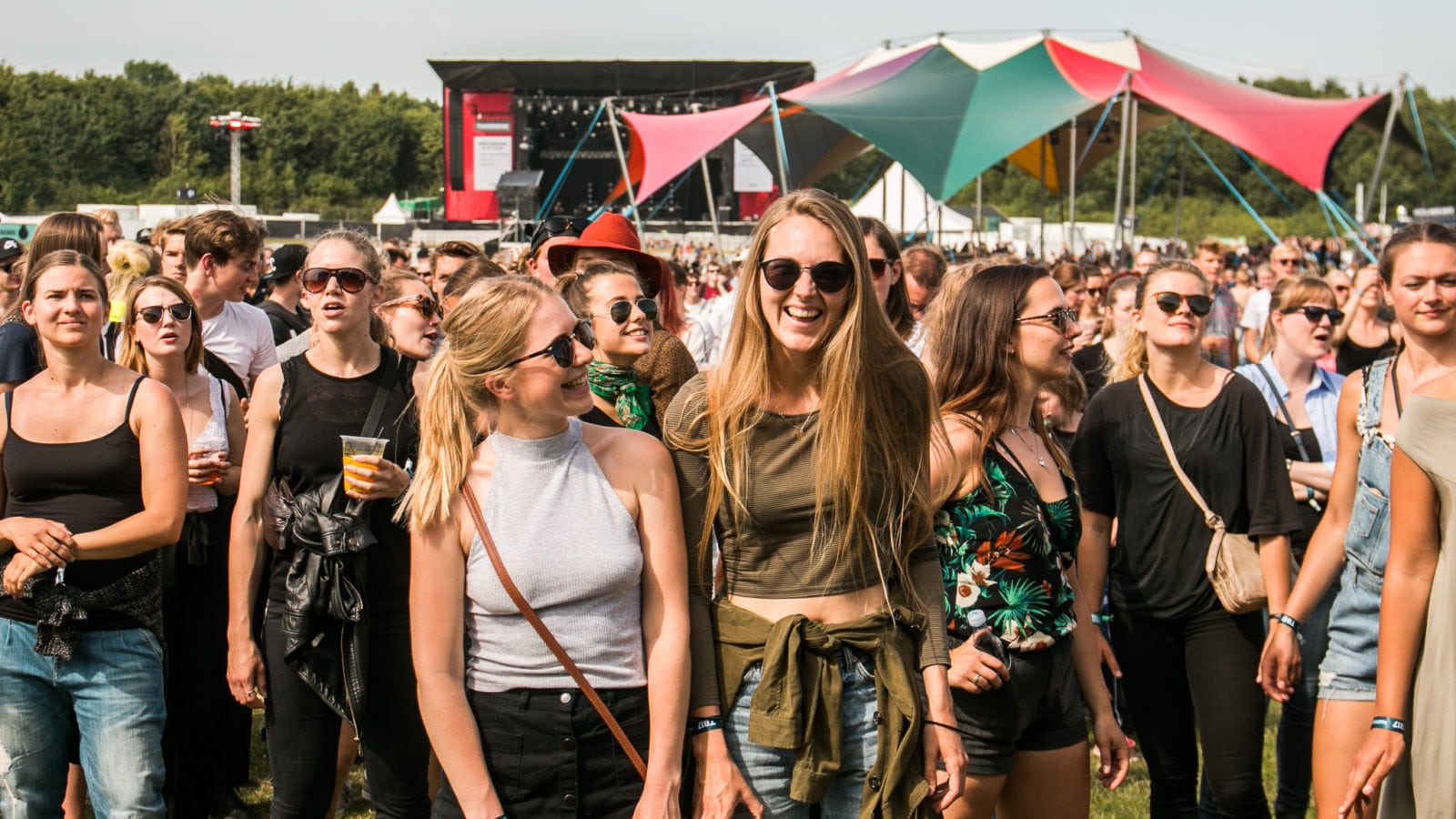 Festivaling in Denmark
I didn’t meet a person all weekend that didn’t speak near flawless English, a big help for us traveling reporters. I’m always struck by how much personal space the Danish allow, even at crowded shows, and it’s quite easy to glide through the crowd. They also tend to be taller than average, which constantly interferes when I don’t have photo pit access and am trying to get a shot through a sea of blonde hair.

The Secret Festival
While the three main stages sat comfortably in the open, a short jaunt through the woods revealed the hidden MagicBox Stage. Home to three days and nights of electronic music and a stage rumored to be borrowed from the Mysterylands Festival, this hectic area felt like a different festival. I met a Danish sailor named Tom over here who really enjoyed the idea: “My girlfirend likes electronic, but I like rock. So here at this festival, there’s something to make us both happy.” 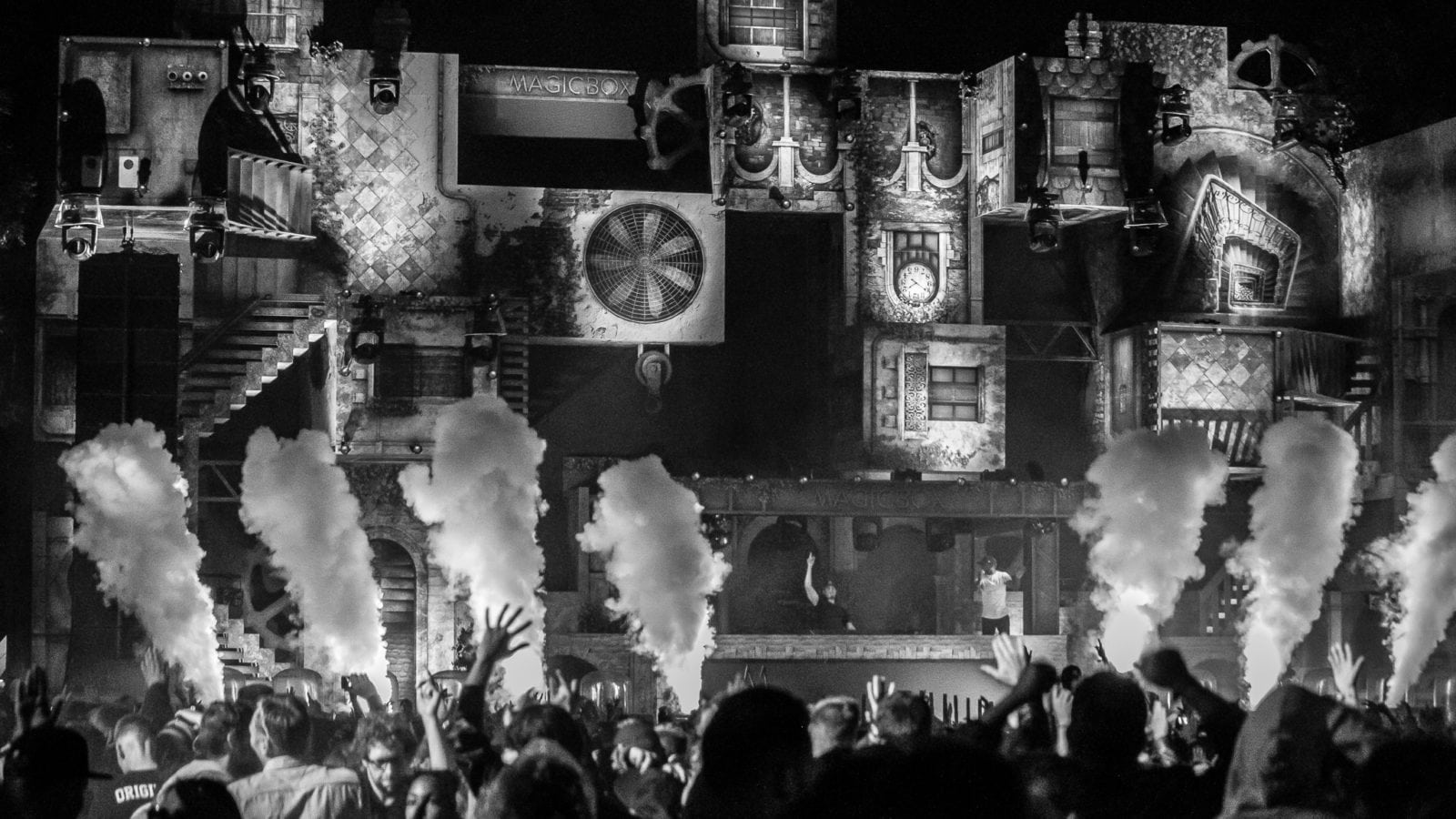 Favorite Set of the Day: Gogol Bordello
I took an overnight train, slept on the floor of a train station, and tanked my sleeping plans, just to see Gogol Bordello. I’m a big fan and their gypsy punk energy never disappoints. I literally left all my belongings at the coat check at the entrance of Tinderbox and walked into the pit two minutes after they started. 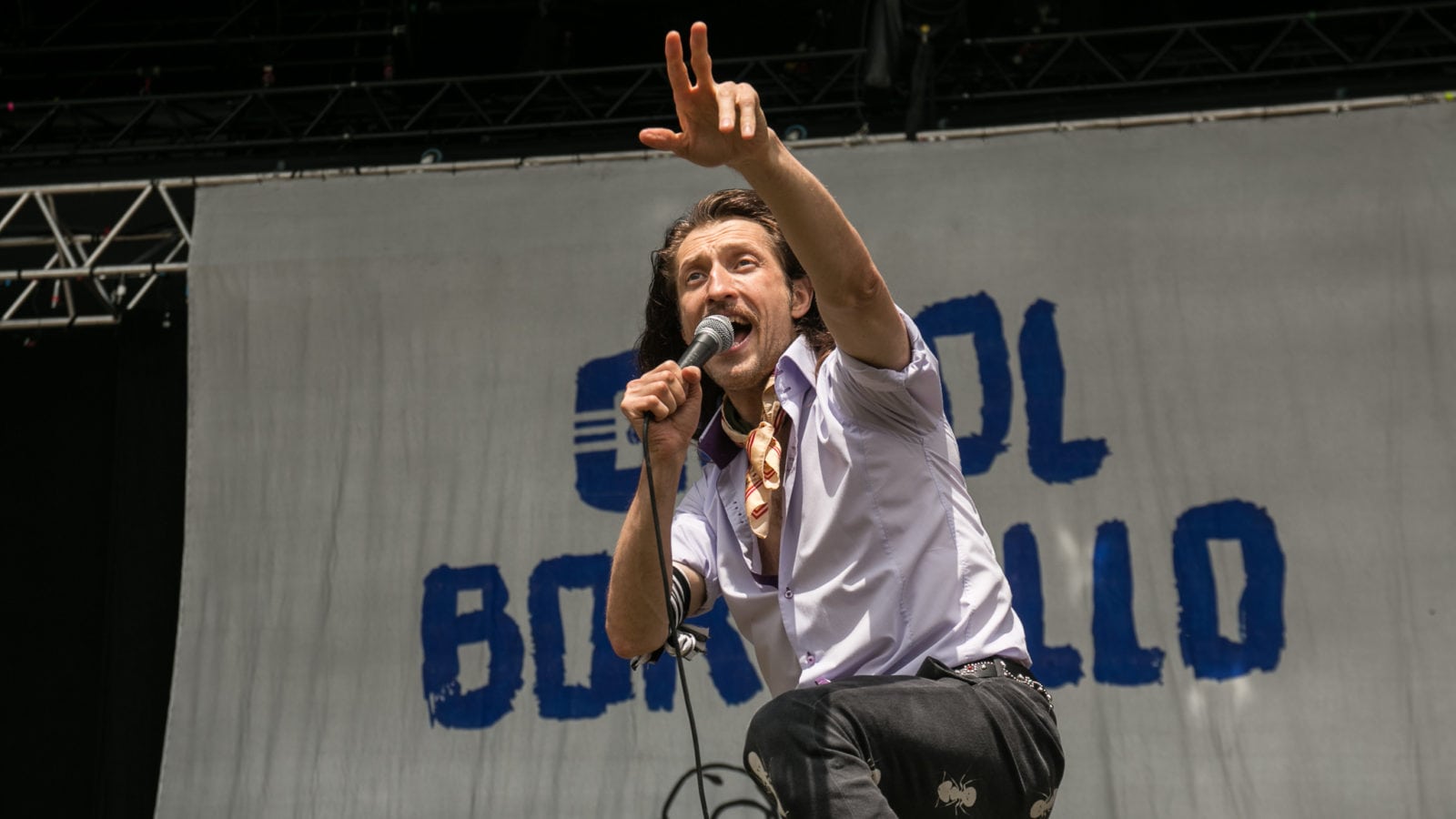 Surprise Set of the Day: MØ
There’s not that many Danish acts that break into the international mainstream, so it’s really quite a bit of fun when a conquering star returns to their hometown for a festival. 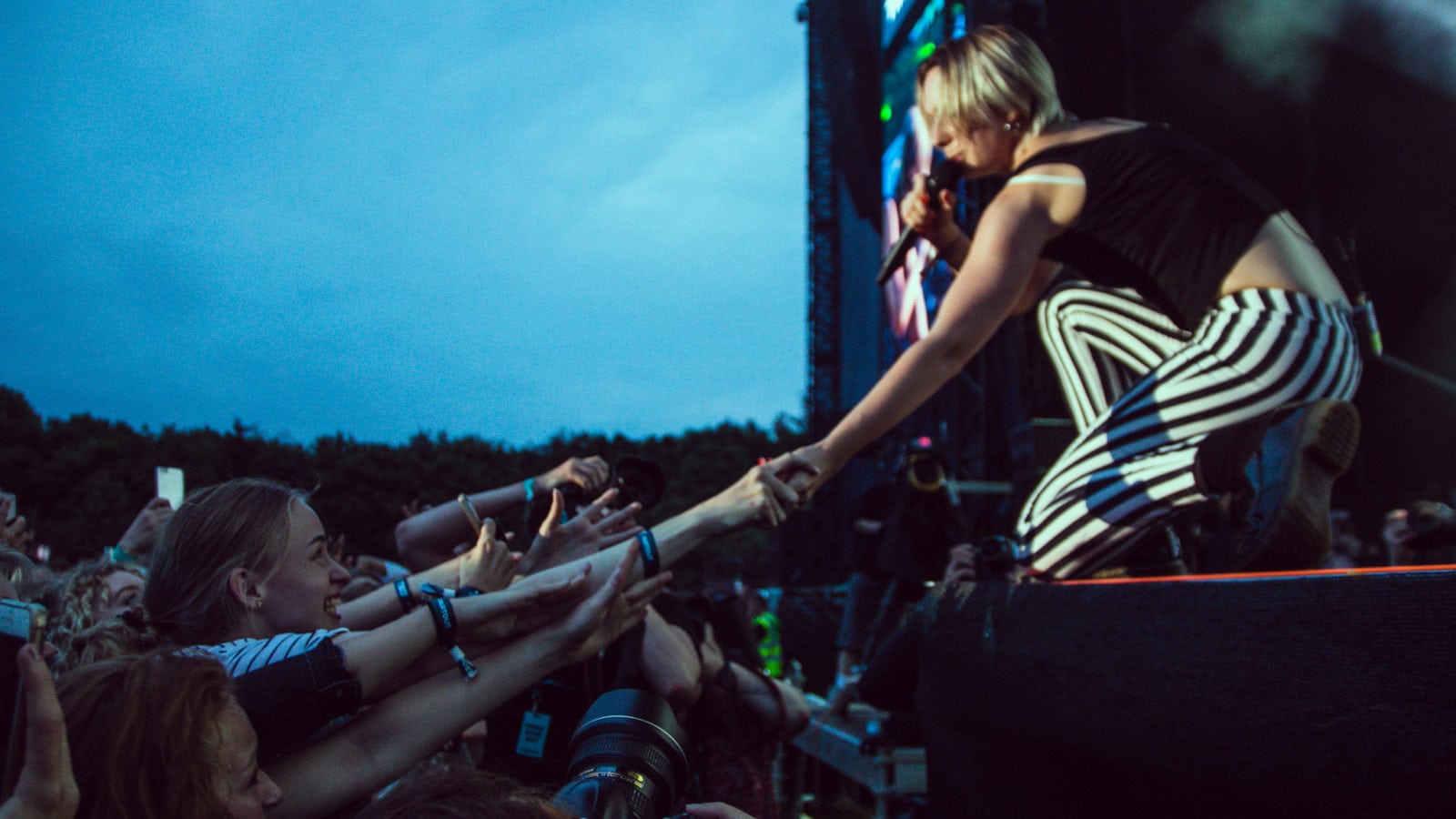 WTF Just Happened Set of the Day: Die Antwoord
Today’s WTF goes out to the all the Danish people that have never seen this band live, and were blindsided by the antics of Ninja and Yolandi. I could see absolute confusion in their faces as this South African duo turned the Blue Stage upside down. 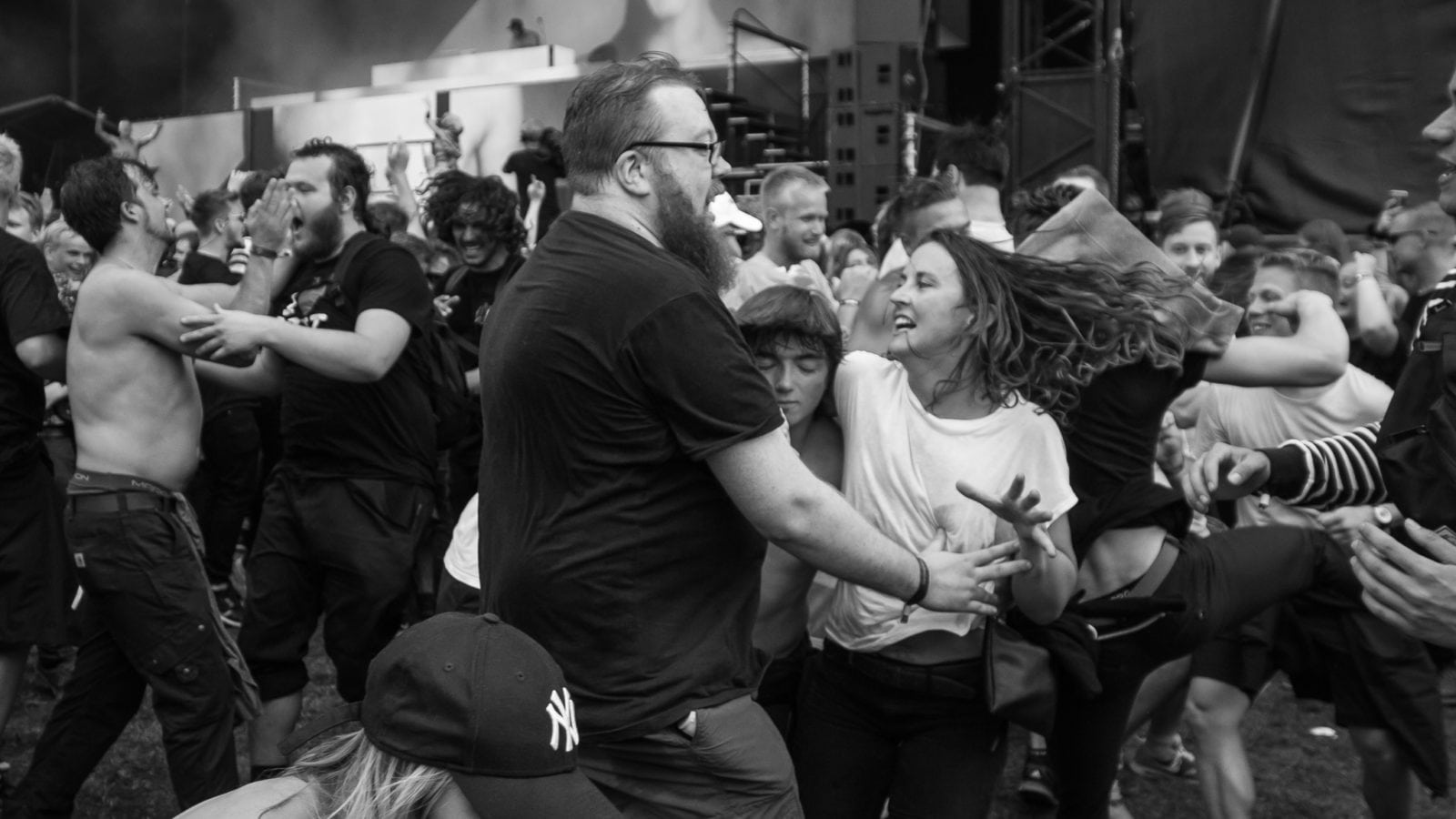 Favorite Set of the Day: Nathaniel Rateliff and the Night Sweats
Just one of my absolute favorites. And while I know they’re on their way to headlining the bigger stages, it’s such a treat to see them close up and personal over here on the Yellow Stage (the smaller of the three main stages). 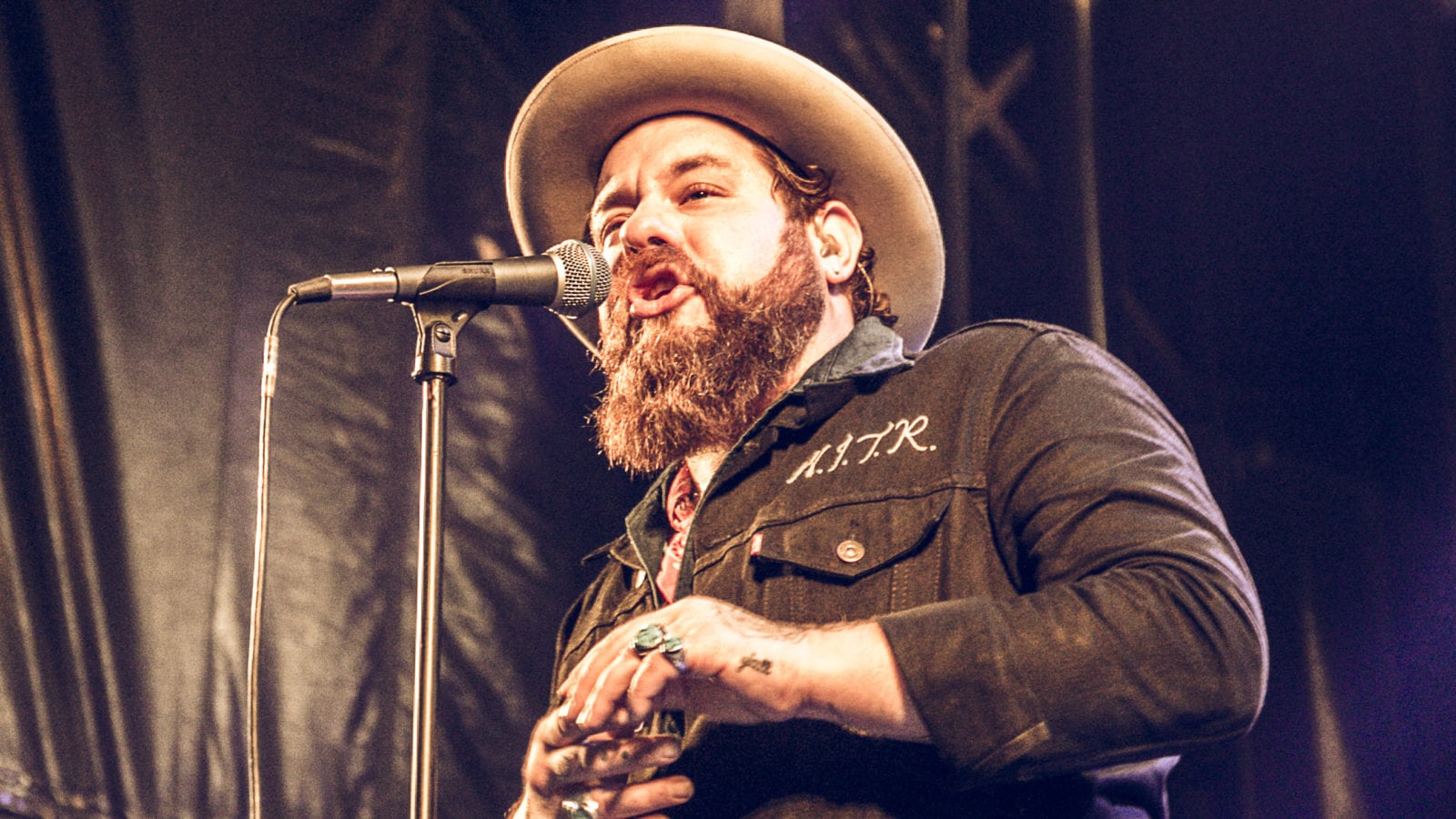 Surprise Set of the Day: Jonah Blacksmith
In my notes I had written, “Nathaniel Rateliff and the Night Sweats”. They share a lot of that common Americana sound, albeit this one with a Danish twist, and a fitting opener for Friday night headliners Kings of Leon. 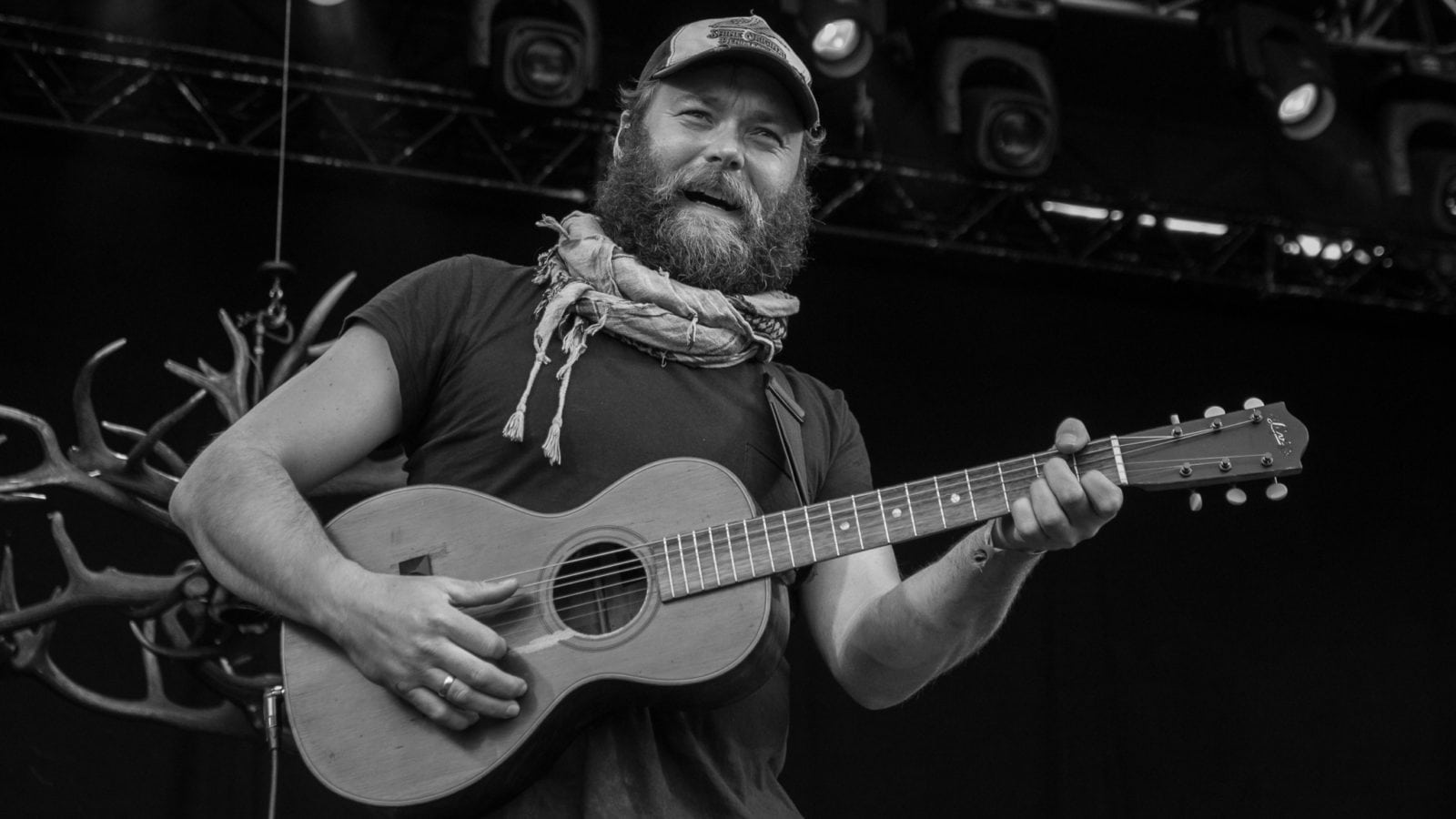 WTF Just Happened Set of the Day: Afrojack
Never in the history of electronic music has anybody ever needed to be told to “put their hands in the air” or to “make some noise,” but apparently Afrojack has a guy that needs to shout this out every thirty seconds.

Favorite Set of the Day: Run DMC
It’s the first album I ever bought, so I just absoluteley had to see Run DMC live. Watching the Danish bust out some old school eighties dance was classic entertainment, but could not beat out Run giving his hat to a kid in the crowd and proclaiming: “Now you’re one bad motherfucker!” 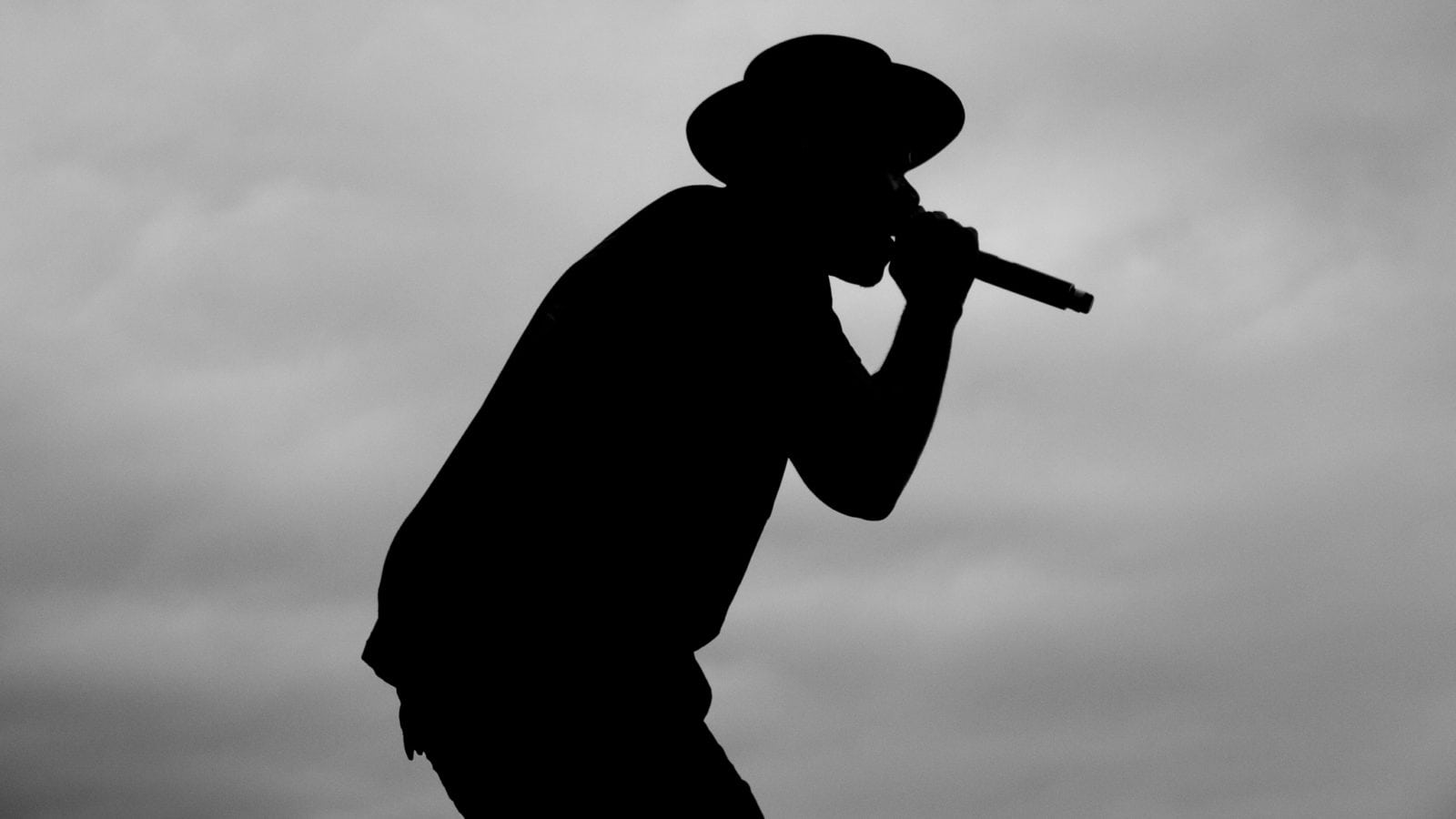 Surprise Set of the Day: Lukas Graham
I am probably one of the few people at Tinderbox that was taken aback by the epic size of the crowd for Lukas Graham — and the absolute shrill piercing screams of teenage girls that managed to pierce my ear plugs. Apparently he’s like Denmark’s teen hearthrob pop idol, even if to an outsider like myself, he looks like a dude that works at mall food court. He also doesn’t wear shoes.

WTF Just Happened Set of the Day: Sean Paul
Despite most of his songs sounding nearly identical, Sean Paul puts on a lively festival act. The part that puzzled me most was when he brought out a protege named Chainsaw, who true to his name, actually started making chainsaw noises. Like his name. He did this twice so we wouldn’t forget.

Best Celebrity Grope
MO came to sing the crowd and while she had her body pressed up against the crowd, this girl just softly placed her hand on MO’s stomach with a gaze of worshipful adoration. 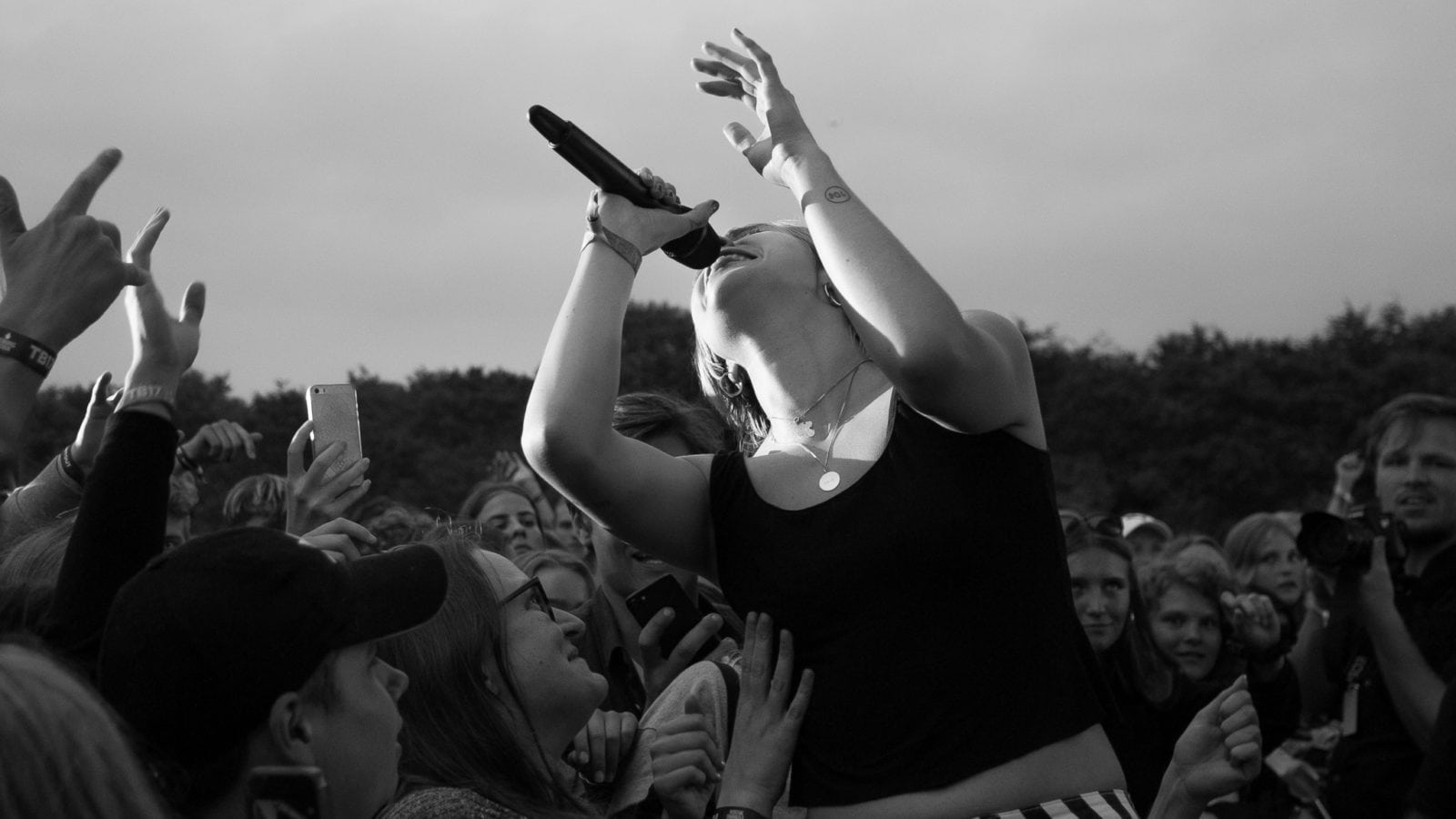 Best T-Shirt
The Danish were weak when it came to t-shirts this weekend, and because I make the rules here at 100 Nights of Summer, and I’m from New England, I’m going with this sweet jean jacket. Go Sox! 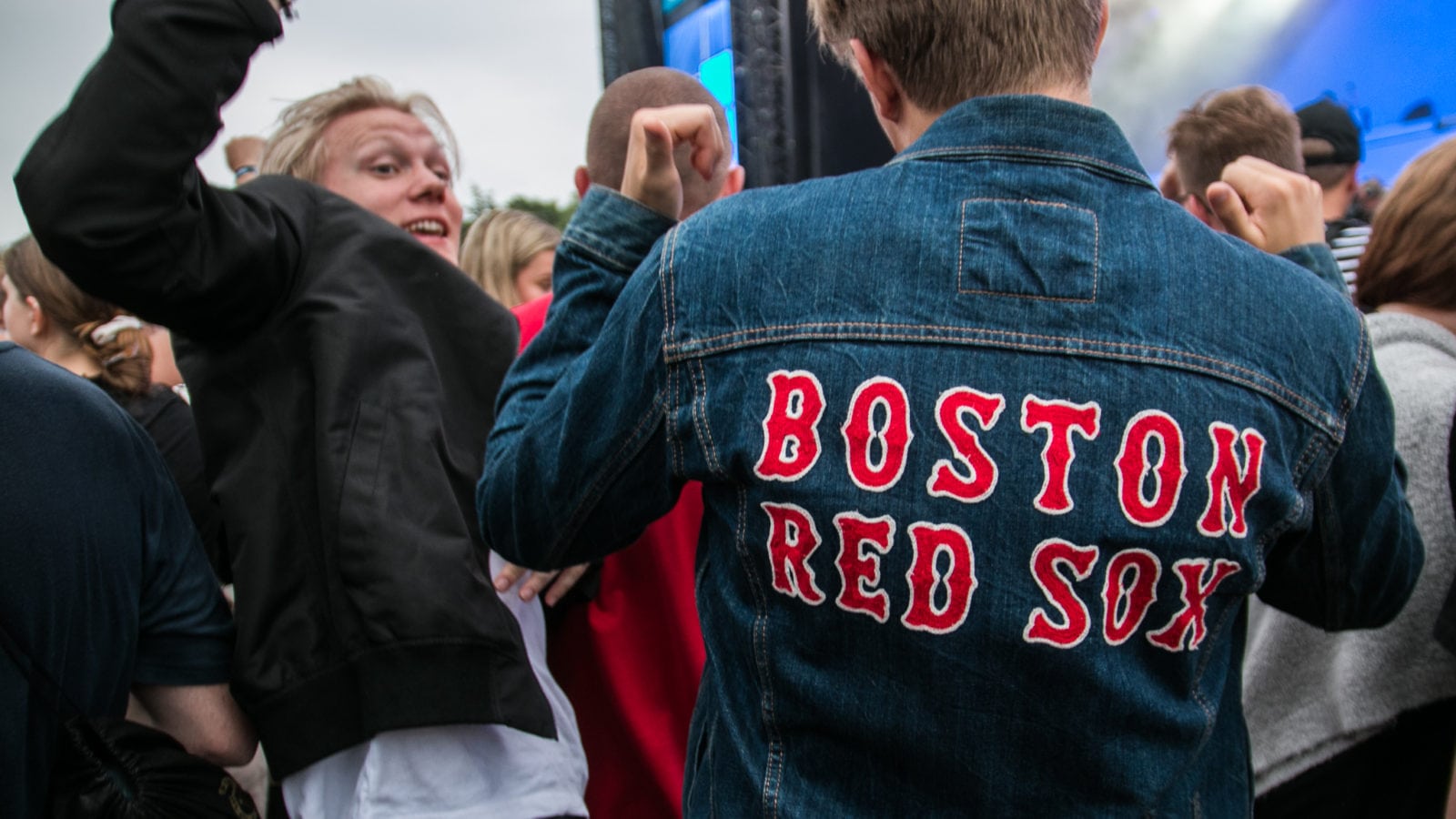 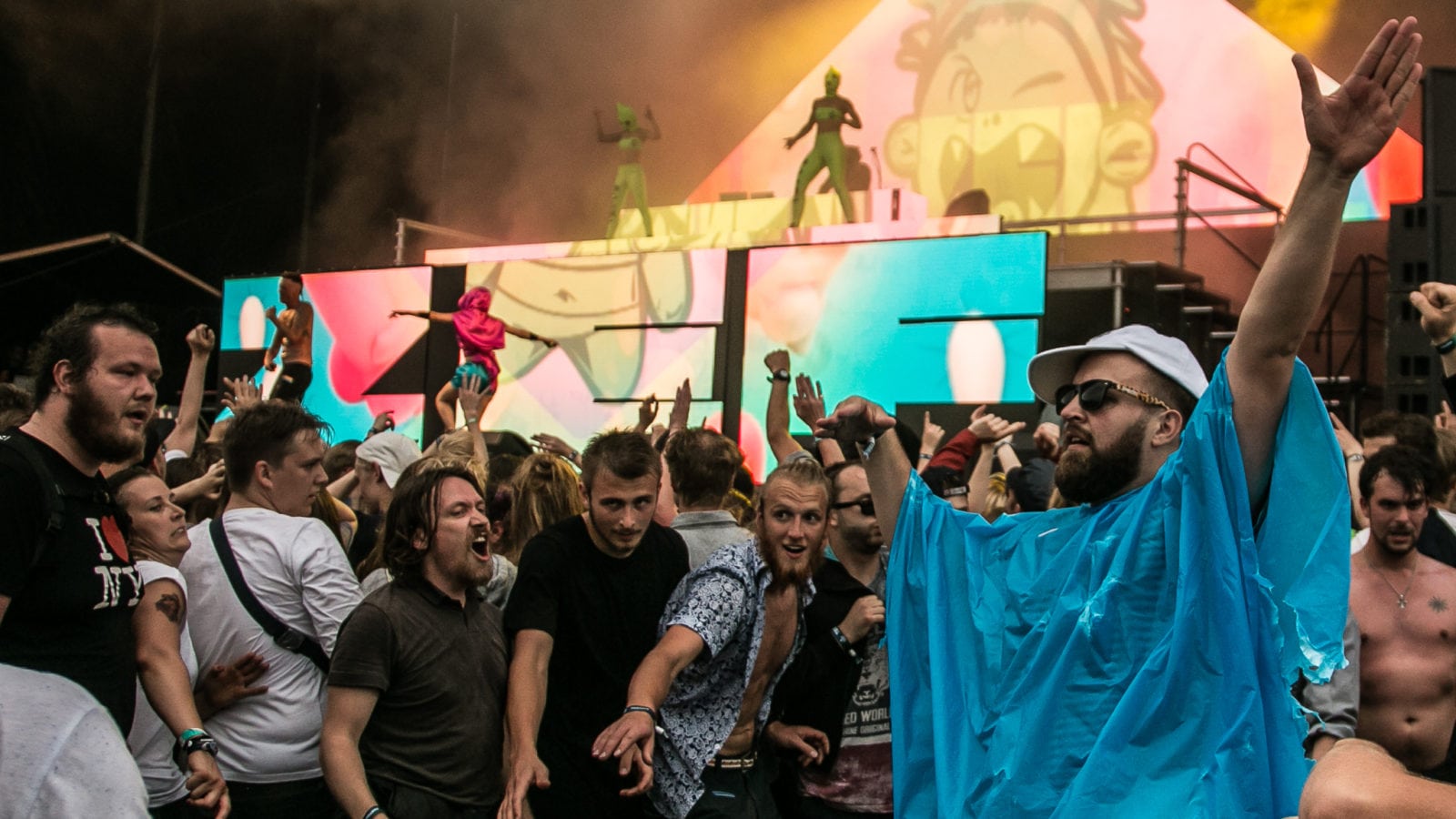 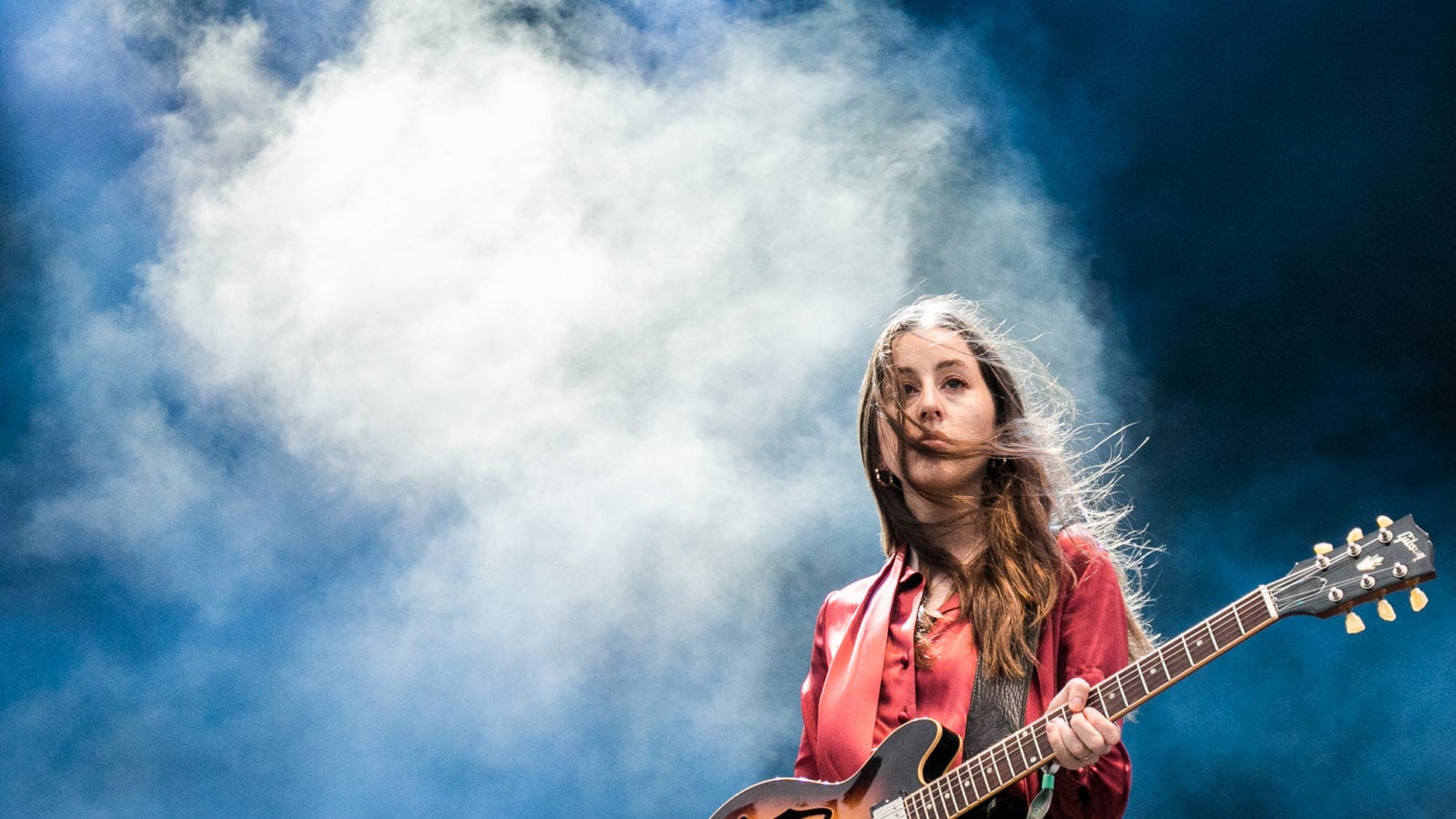 Best Beer Transportation
I’ve never seen pitchers before at a festival. These handy drink holders came equipped with a high-tech lid so that if you drop it, you don’t lose all your beer which is a good thing because the Danish tend to spill beer like it’s not eight dollars a cup. 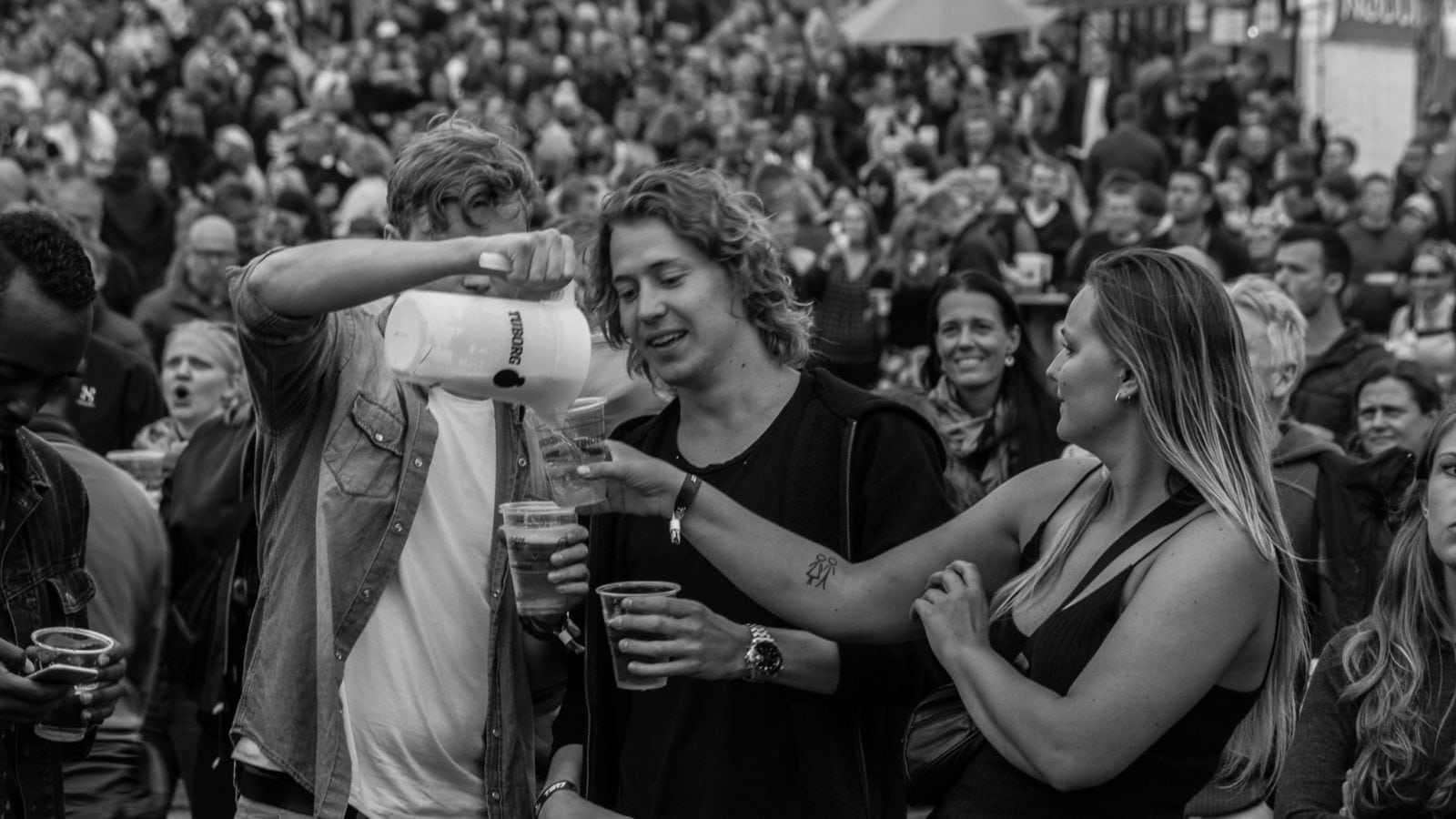 Best Shoutout
It’s a good chuckle when a well meaning band gets the name of the city wrong. The groans and protests of the Odense locals were audible when Run DMC proudly exclaimed that were happy to be in Copenhagen. 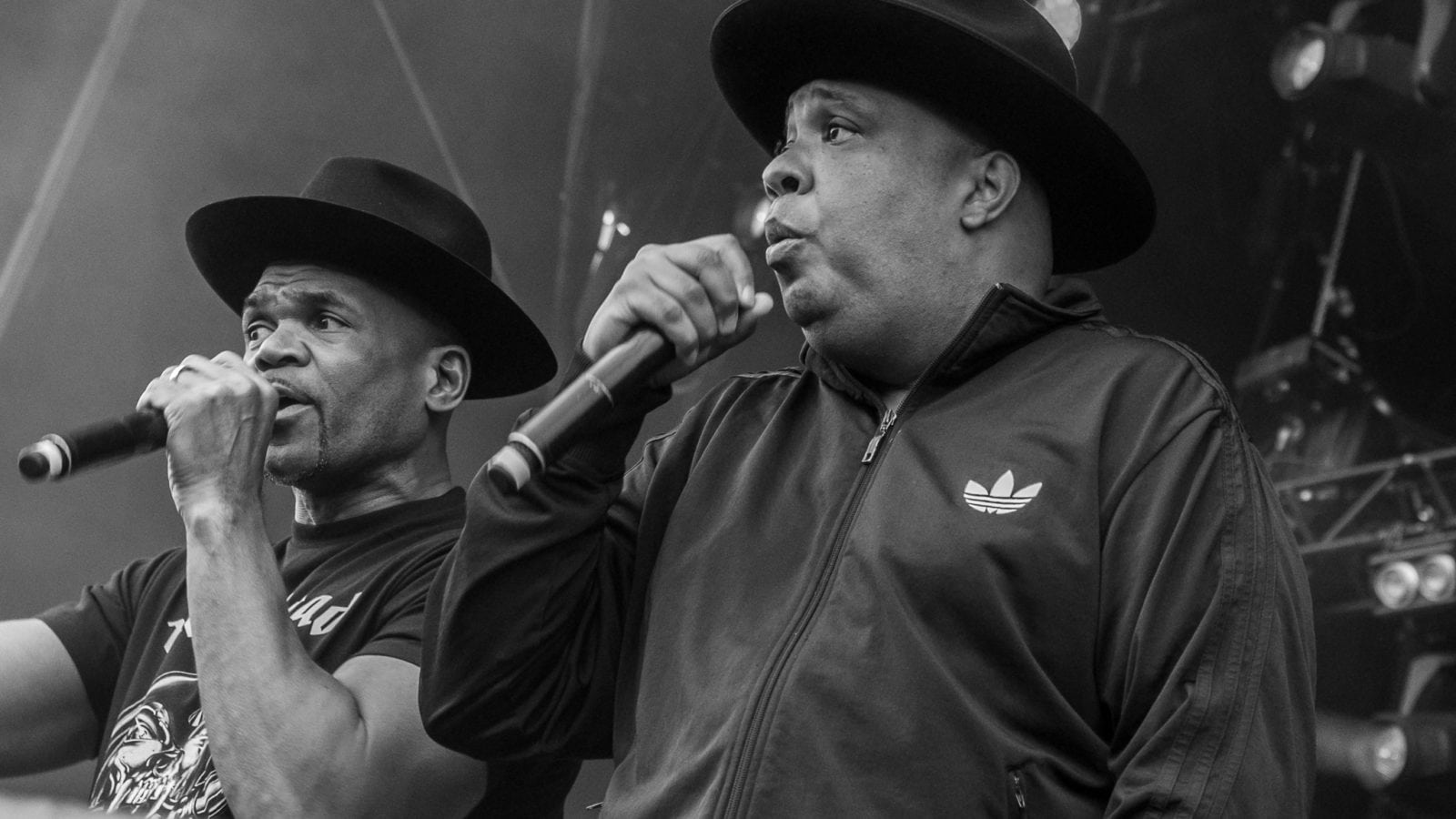 Best Festival Injury of the Week (#finjury)
Walking out from the festival next to a girl typing furiously away on her cell phone, neither of us noticed the small island in the middle of the road until she hit the curb, flew forward, and smashed her face against the road scene. Walking and texting — it’s dangerous stuff.

Best Perk at a Music Festival
How about a full swimming pool and hot tub next to the stage? 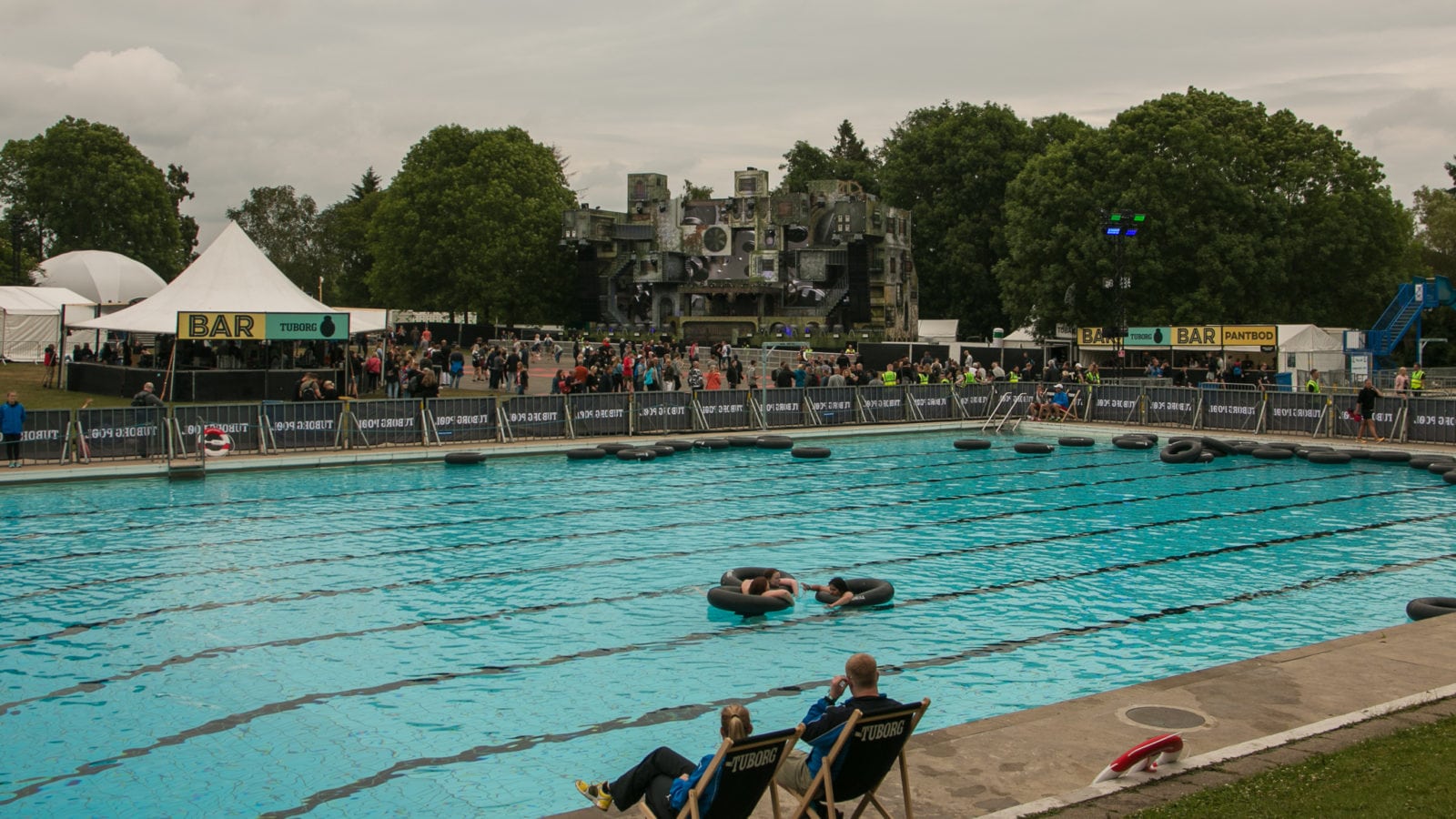 While most of the international media focuses on Roskilde, the largest music festival in Denmark, I was really pleased to catch a proper mid-sized greenfield fest here in Scandinavia. For us international festies, the northern countries are always going to be on the expensive side, but if you get a chance to hang with the Danish on a smaller scale than Roskilde, I highly recommend checking out Tinderbox. 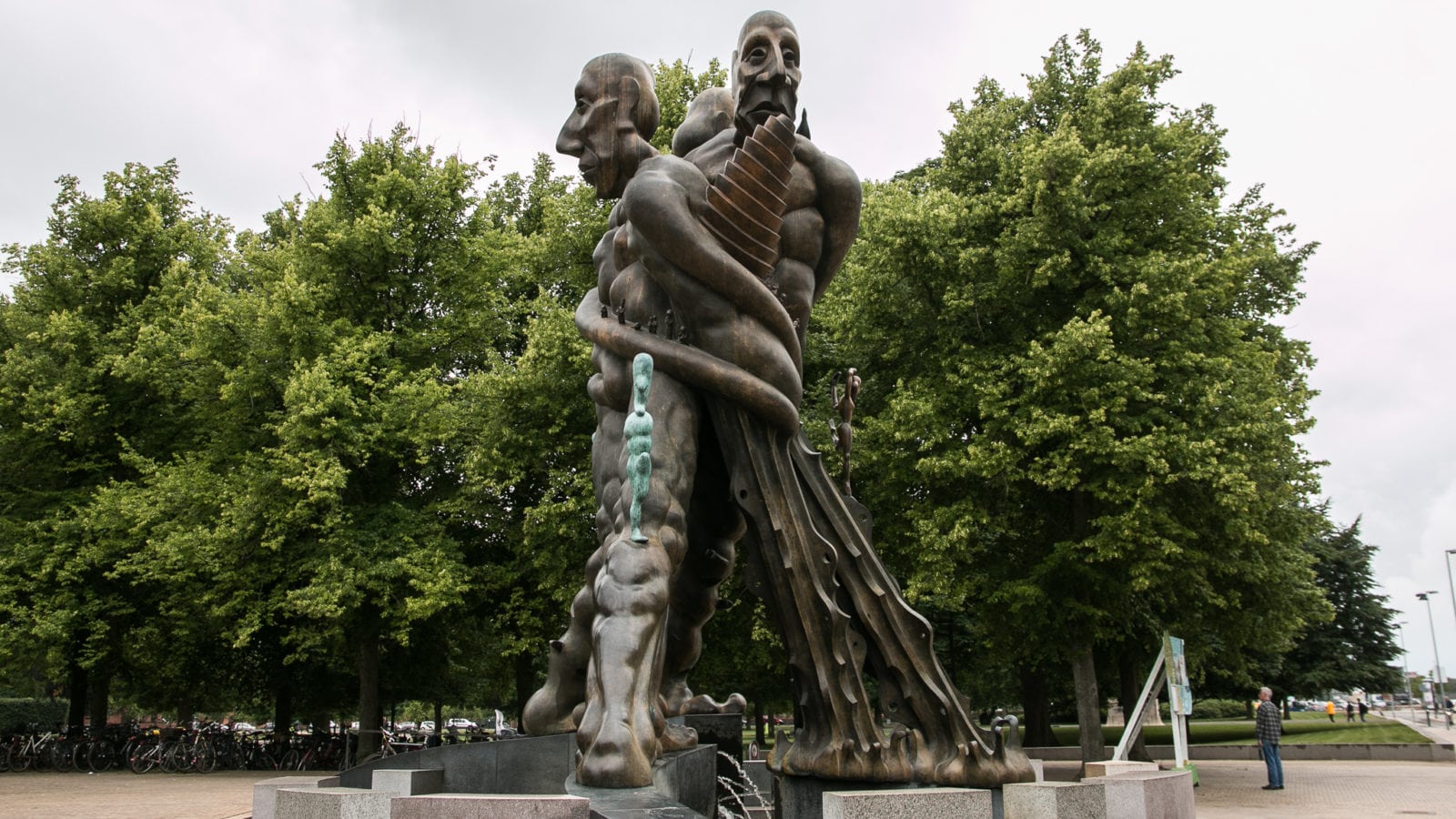