The Scene: Party on the Beach @ Calvi on the Rocks

Heading to Paradise
The fifth stop on 100 Nights of Summer is the postcard-pretty shores of western Corsica for Calvi on the Rocks. It’s a short hop, skip, and a jump from Slovenia, if by short you mean four trains, an elderly tramline, two stuffy buses, a ferry, hobbling around on an injured foot, and drinking an entire bottle of wine in Italy. I snagged a campground near the beach right outside of Calvi, headed straight to Octopussy (yes, that’s really the name of the bar) and stepped right into the French equivalent of Spring Break — bikinis, dancing, music, bottle service, ripped dudes, DJs, and because this is Europe — speedos.

The Scene
Calvi on the Rocks follows a tight schedule for each of the six full days of festivaling. The party starts in the early afternoon with beach bashes hosted by DJs located at three locations around Calvi. There’s a short break to rest up and then it’s off every night to the Citadel, the massive historical fort that overlooks the bay. From ten to three in the morning the big names of the festival (Hot Chip, Big Freedia, Azealia Banks) play their sets in an absolutely stunning venue. Then it’s off to the various clubs for late night parties until dawn. Repeat as necessary. 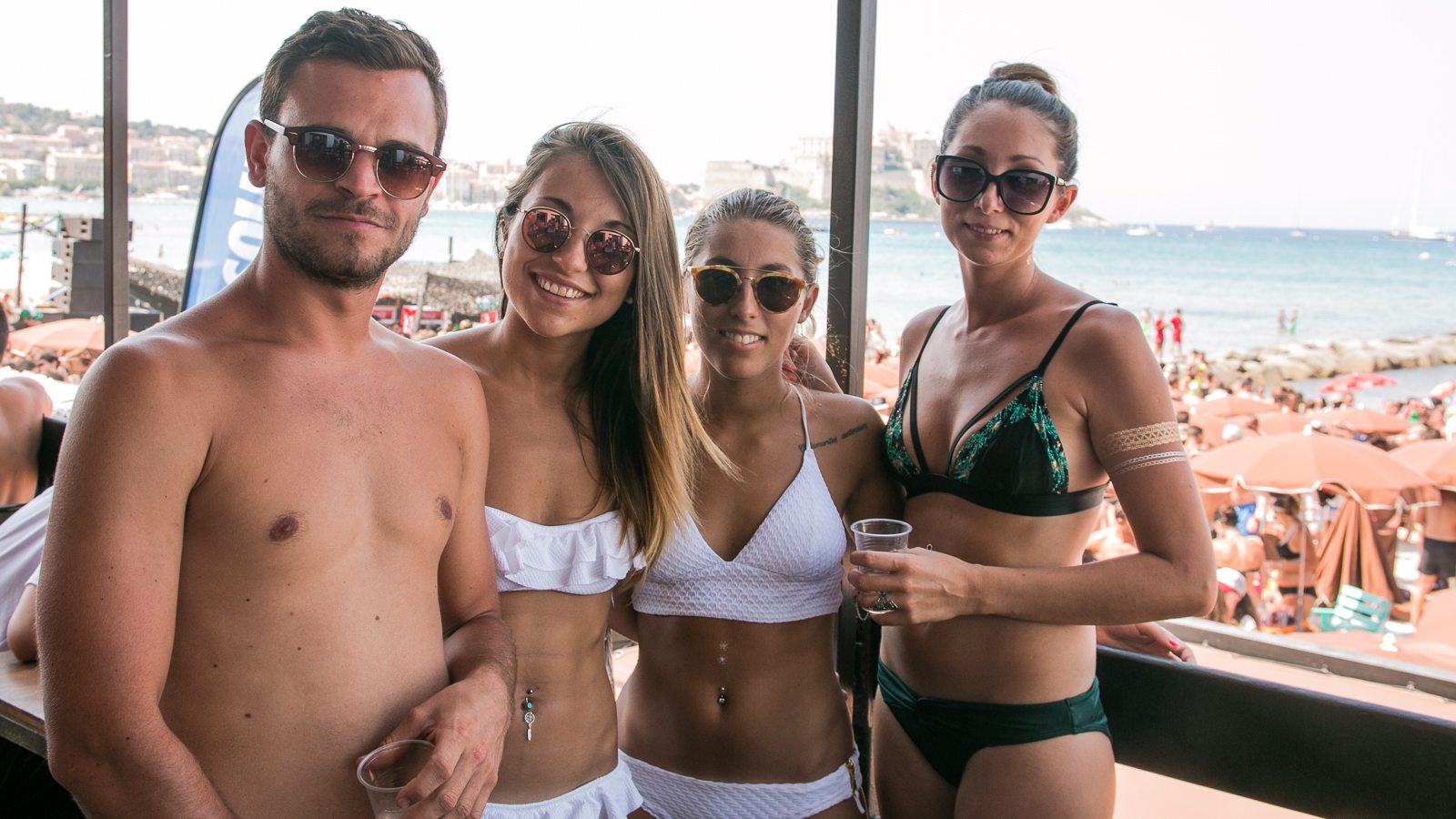 Welcome to Corsica
At my campground accommodations I met a local Corscian named Marco who “welcomed me to Corsica.” This time its with champagne because of course, this is France. We headed into town and stopped at Eden Port — one of the clubs that is part of Calvi on the Rocks. Marco’s friends are pulling girls over to the table. “This is a famous photographer. He needs to take your picture.” Everyone here buys full bottles of alcohol and we stand outside the crowded club in the streets. “You just leave your whiskey on the table?” I ask Marco. “Yes, of course. No one will touch it.”

Not So Secret Beaches
There may be three beach parties each day, but far and away the best spot is Villa Schweppes (yeah, the ginger ale people). Reachable only by a festival speedboat ferry, this spot feels like you’re living inside a French movie. The boats can only take ten people at a time so make sure to get there early to grab a spot.

Speaking of secret beaches, I took a break on Sunday from the madness of the day parties and found a semi-secret cove on the rocks below the Citadel. The bright blue water combined with a salami sandwich and a beer made for a pleasant break from the insanity of the festival.

Party at the Citadel
What a beautiful venue. Located at the base of the ancient towering structure, this is one of the smallest venues I’ve been to so far with only one main stage — and one of the most unique. There’s plenty of room to dance and to your right is the moon dappled bay of the Mediterranean. If there is an artist that interests you in this lineup, grab this ticket. 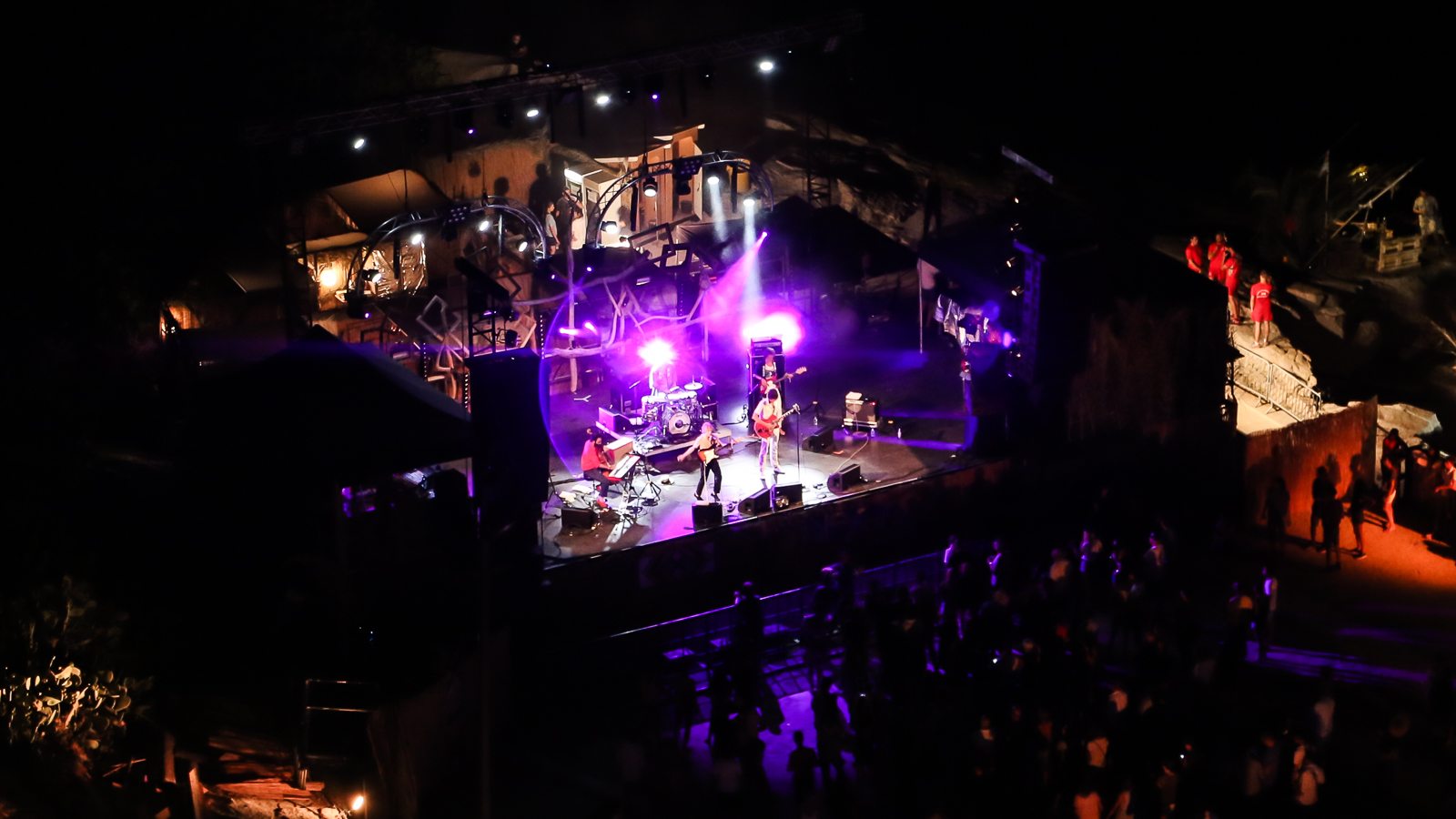 Parlez-Vous Francais?
This is definitely a French festival with not many foreigners in attendance and my terrible French pulled more than a few laughs. I’m still not fully briefed on the sometimes prickly relationship between the Corsican and the French mainlanders, but both sides made it clear there is a sharp difference between the two cultures.

Sleeping in the Sun
I camped out at Calvi and wasn’t alone. There’s plenty of campgrounds within a short walk of the beach, especially to the day parties at Octopussy and ba&sh. Heading out to the Citadel was a sweaty twenty minute walk. Temperatures each day flirted with 100 degrees Fahrenheit which made it rough sleeping in a tent. I would heartily recommend getting together with some friends and renting an apartment in the city proper.

Final Thoughts
Calvi on the Rocks is part of a growing trend of vacation-style festivals — fests that take place in insanely scenic beach spots that are already popular for holidays. Like Outlook Festival in Croatia and Barrakud in Greece, Calvi on the Rocks amps up your break from life with a sunny splash of festivaling. If you’ve got the stamina for nearly a week of non-stop tanning and parties, you’ll want to check this one out.