The Reviews: I Slept at the Airport

The Reviews: I Slept at the Airport
Quiet and safe.It's free.Some airports have showers.
You're sleeping on the floor of an airport.
3.5Overall Score

With low cost flights starting at less than $25, I frequently find myself at European airports traveling like some sort of fancy pants jetsetter instead of those animals that take the train or bus. But these cheap deals come with a price — usually they leave super early in the morning or land late at night. Rather than haul myself back and forth between the city, have to secure lodging, and possibly miss the shuttle, I posted up landside for the night along with dozens of others. 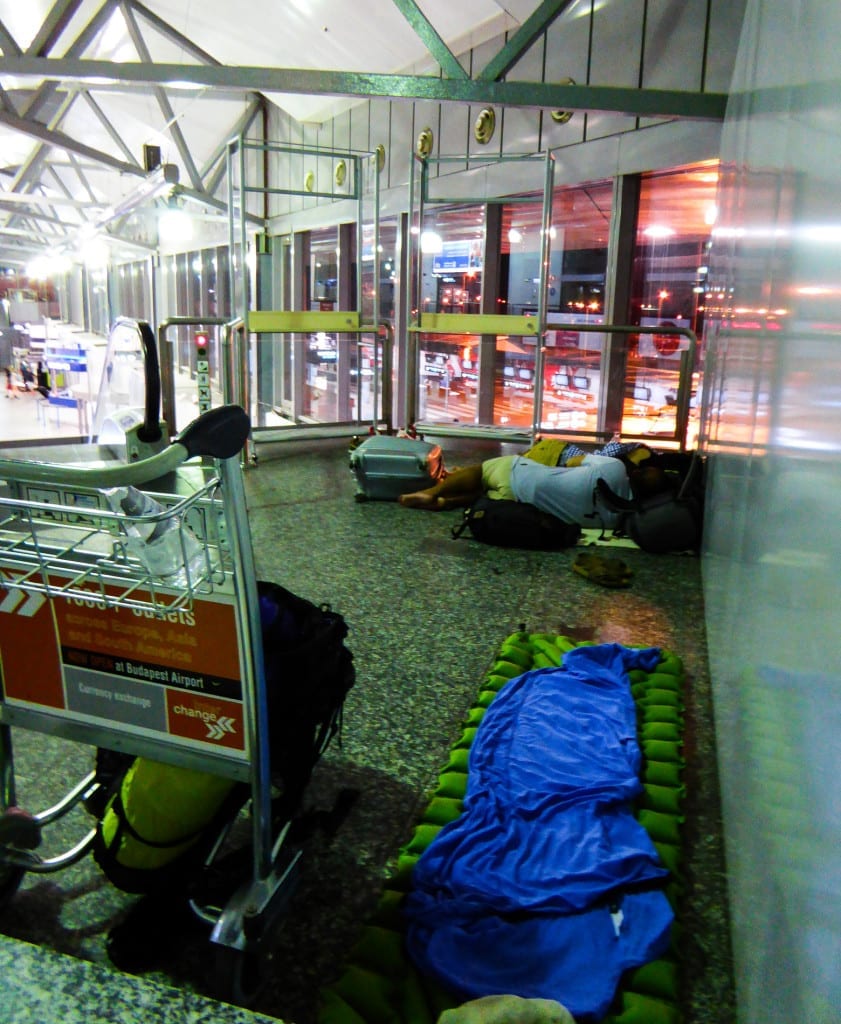 Do a Little Homework: It’s worth taking a stroll around the airport for cozy nooks and crannies. At Budapest, I secured a nice area high on the second floor with little to none walk-by traffic. There’s even a website where airport campers share tips about where to sleep which is how I learned that Bergen boasts a sleeping area — with recliners.

The Broken Record Recommendation: I’ve said this a half-dozen times already, but the all-star gear item of 100 Nights of Summer is the Klymit sleeping pad. At the airport, it transforms your options from a few highly contested seats into the entire terminal. Pair it up with a sleeping bag liner and now you’re urban camping which sounds loads classier than “I spent the night on the floor of an airport terminal”.

It’s Quiet, Too Quiet: Except for the occasional cleaning lady polishing the floors, both airports have been peacefully silent. The near-constant airline announcements are missing which is a little jarring at first until I fell into a deep sleep.

Morning Comes Early: The first rush starts arriving at 4:30 am like the loud, unruly, and fully rested mob that they are. Wear ear plugs and minimize the disturbance by trying to find a place in arrivals instead of departures.

The Review: I’m going to give this one 3.5 out 5. You save money and the hassle of trying to track down lodging, unpack your stuff, pack your stuff, and maybe miss your plane. On the negative side — you’re sleeping in an airport.