The Scene: Heading to the Hills @ Open Air Gampel 2015 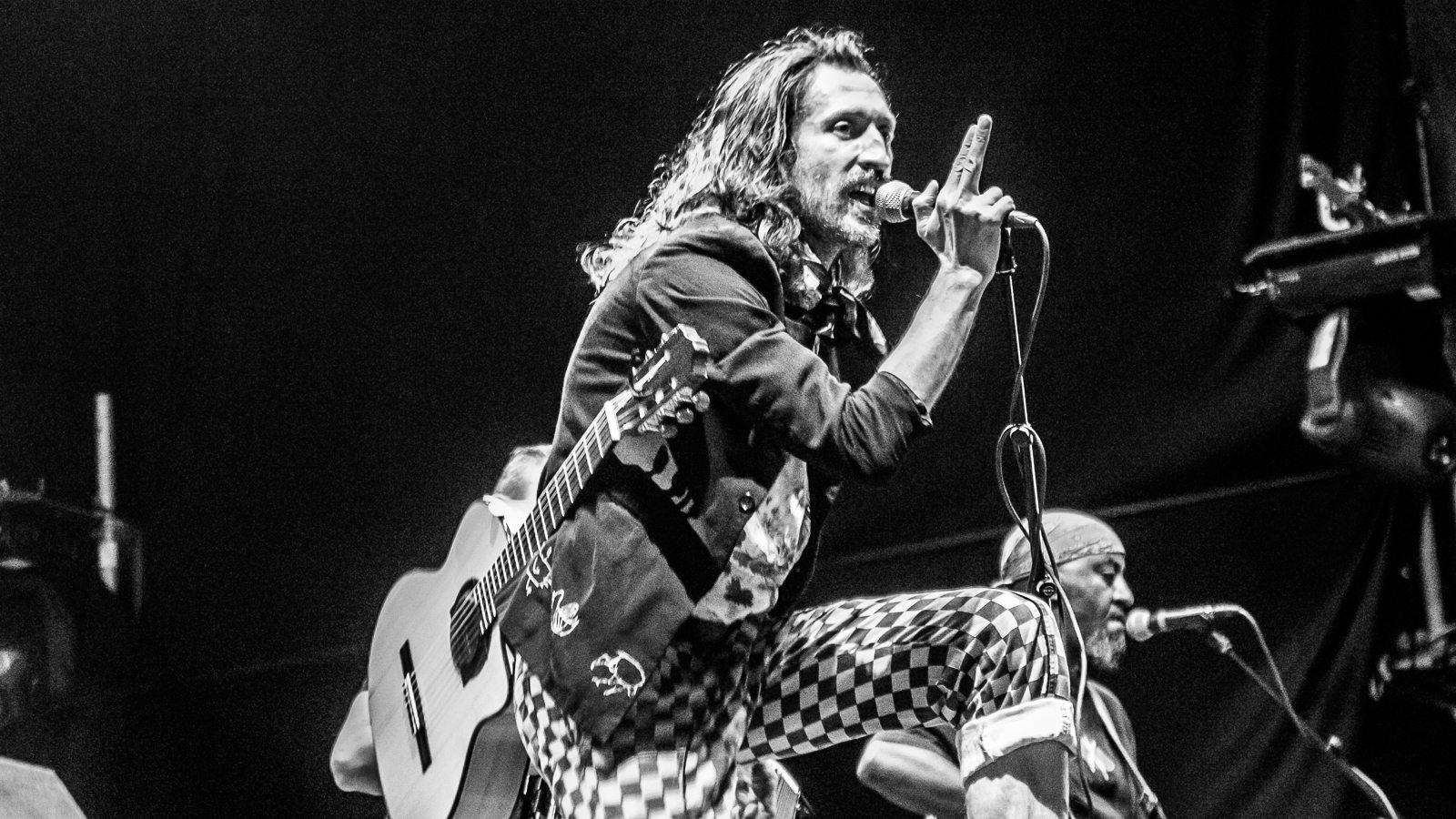 Located deep in the Swiss Alps, it does not get much more jaw dropping scenic than Open Air Gampel. This three decade old festival brings a huge crowd and huge names to the mountains and when I saw the lineup combined with photos of the venue, I immediately jumped a train to Budapest and headed East to the roof of the world. 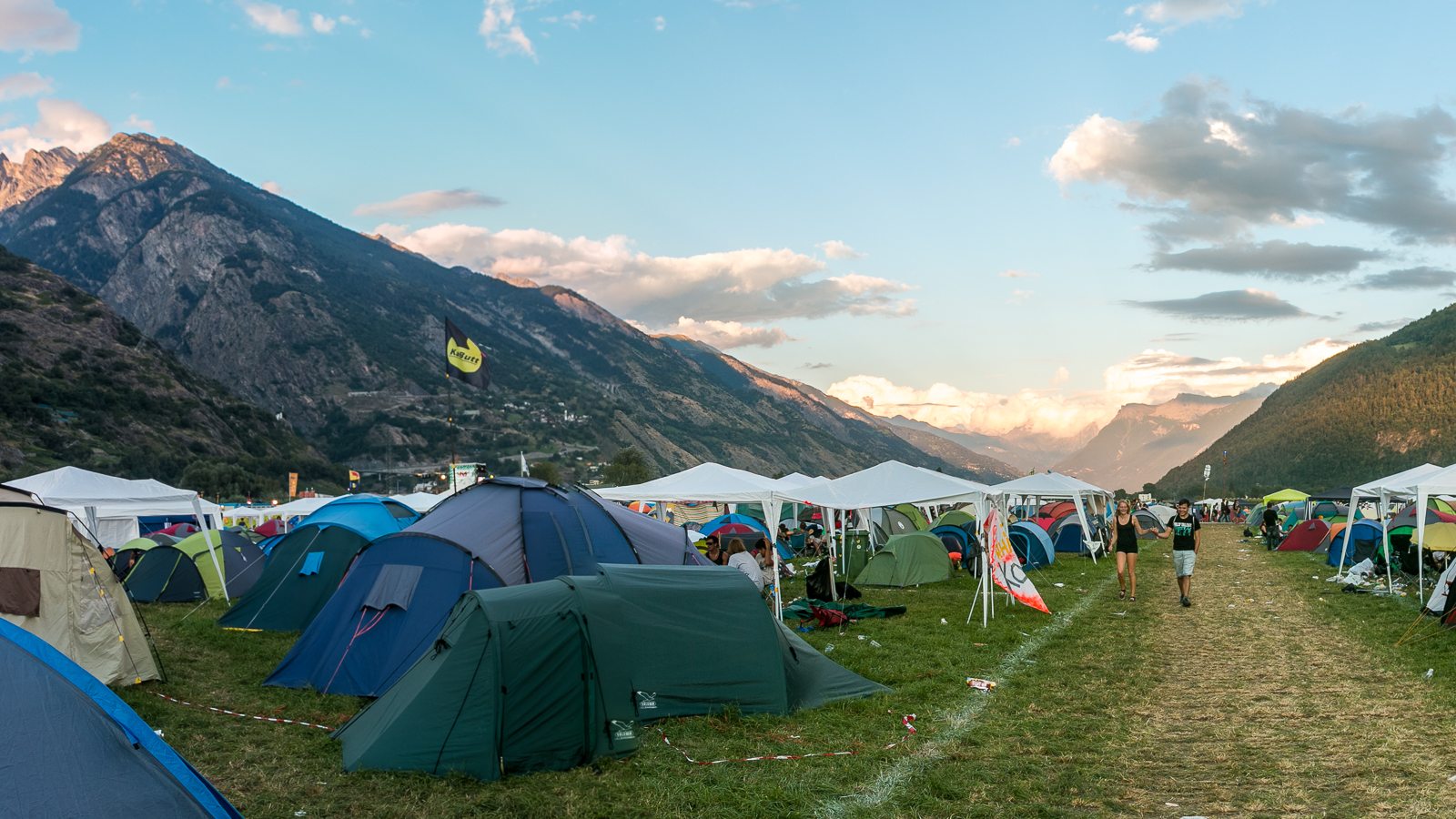 The Scene
This is your standard green field festival with a huge area for camping, two main stages that alternate music, and 30,000 of your closest Swiss friends. The festival grounds are dominated by more than a dozen pop-up bars ranging from club style booty grinding to classic rock cover bars (complete with booty grinding pole dancers). The tiny town of Gampel is about twenty minutes down the road with opportunities to restock your beer supplies or pick up an oversized block of Swiss cheese.

Who Comes to This Festival?
The crowd here is almost all Swiss with a heavy leaning towards the Swiss German as Simple Plan found out during their set when they kept trying to butter up the fans with some French phrases and were met with mostly crickets.

Festival Favorites
I’ll say this for live German rap, I literally can not walk away from a live set as Deichkind proved with a wild set that saw them floating around the crowd in life rafts. Some hilarious travel glitches meant I missed Coheed and Cambria, but I did get to finally see Gogol Bordello for the first time this summer — the pictures may be a little blurry from me jumping around. 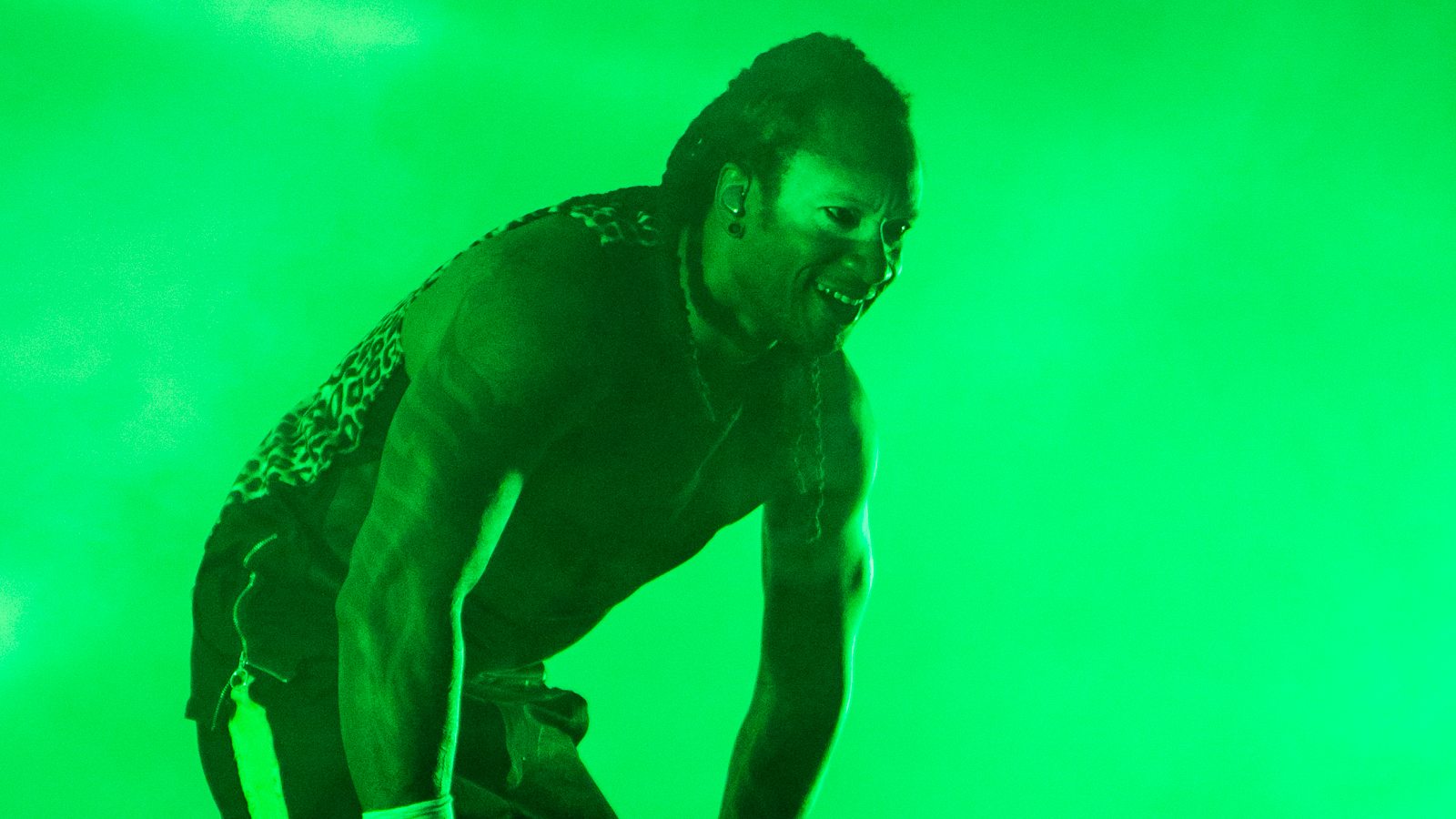 Less Money, Mo’ Problems
Even though the fabulous website, Music Festival Wizard, is funding the bulk of this trip, in the end I’m still a backpacker on a budget. For the locals, the prices at Open Air Gampel appeared reasonable, but after coming from Hungary, I felt the sticker shot of five dollar beers and twelve dollar quesadillas. Lucky for me and fellow festies, the two local grocery stores in town provided some more affordable options. I’m just going to say this again — 12 dollar quesadilla. Wow.

Camping Swiss-Style
No fancy VIP camping for me. I bedded down straight in the beer-drinking-late-night-yelling chaos of general camping. Arriving in the middle of the night, I wandered out to the fringes of the campground (less chance of a fellow camper stumbling/falling/runing your tent) and posted up next to a trio of lovely Swiss girls. The one big difference in Switzerland — no matter the age or level of drunkeness, the Swiss always pack up their chairs, tables, inflatables, flags, really everything, and store it inside their tents. The most orderly campground I’ve seen to date until Sunday when it resembled the trash-filled end of every festival campground. 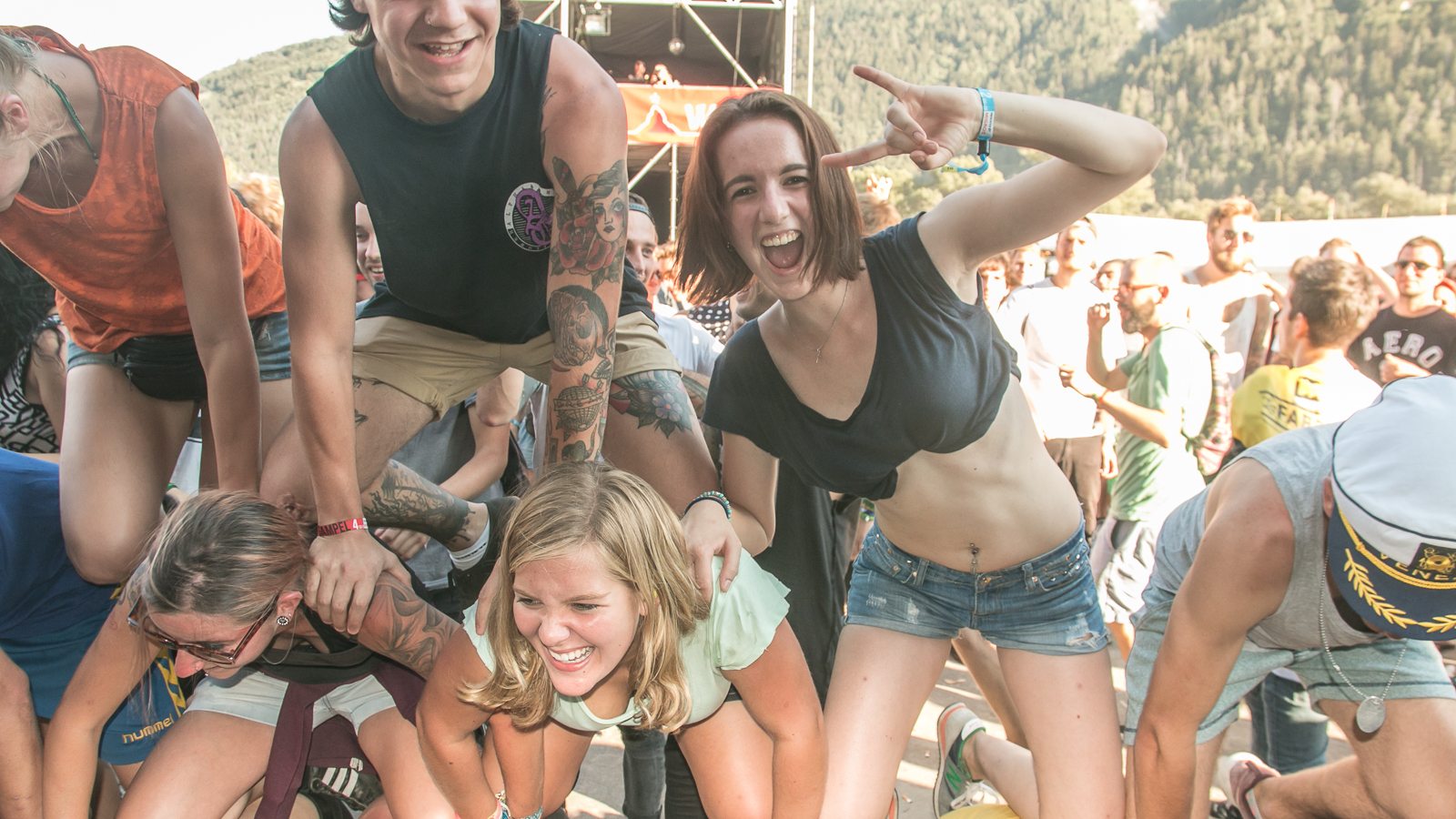 Final Notes
I needed the mountains. I got the mountains — and a nice respite from a very EDM-centric summer of festivals. If you want a taste of hard partying in the Swiss Alps with some of the biggest bands in the world, head on out here.