The sixth stop of the 100 Nights of Summer Tour sees me returning to Pohoda Festival, the flagship festival of Slovakia, and one of my top recommendations for festivaling in Europe. Celebrating its 20th anniversary this summer, Pohoda delivers a laid-back vibe mixed with a wide-ranging lineup, and I catch something surprising every day that I’m here, whether it’s an impromptu gypsy band performance, a nightmare inducing sculpture, or construction equipment performance art (more on all of that below). 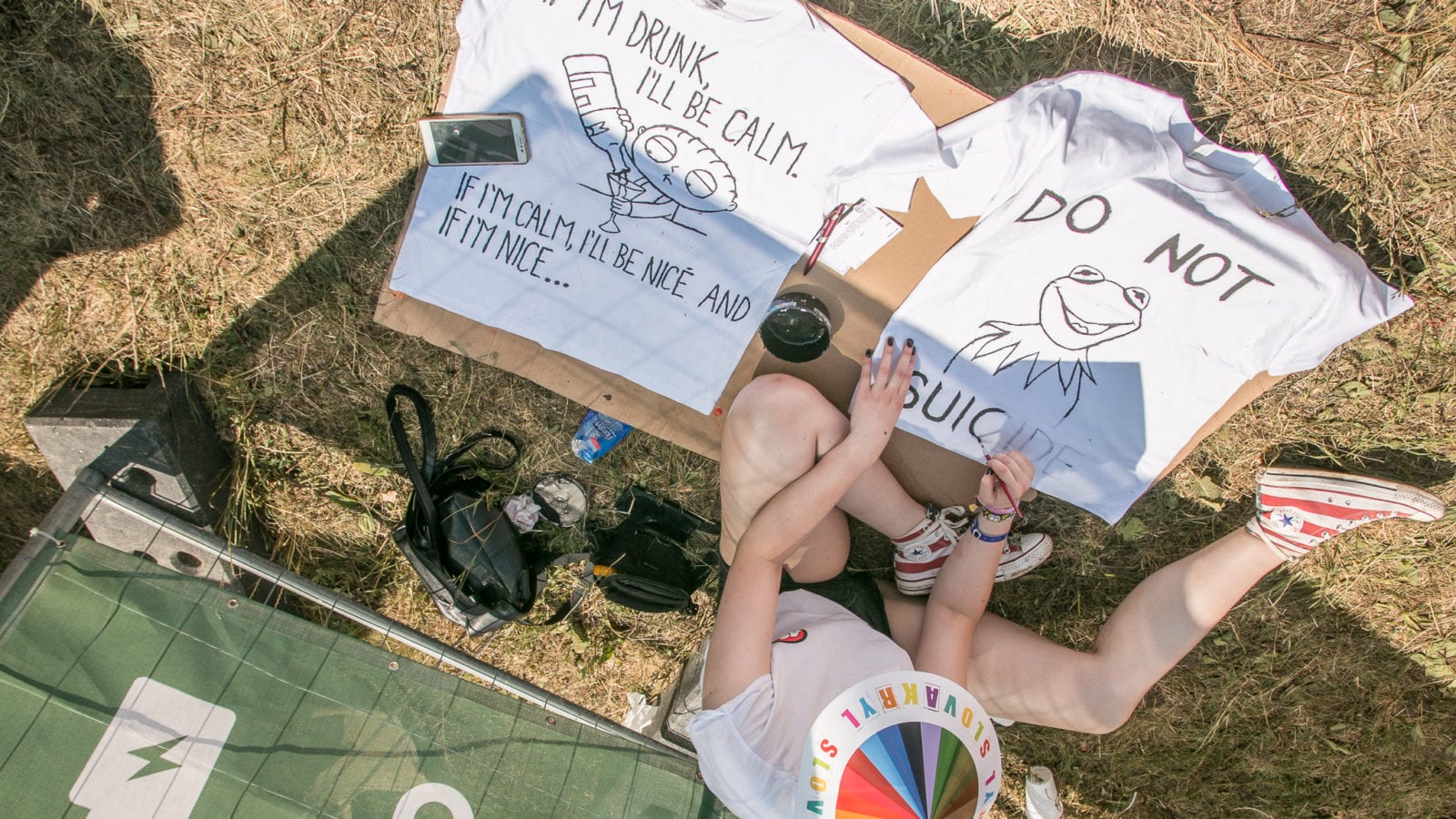 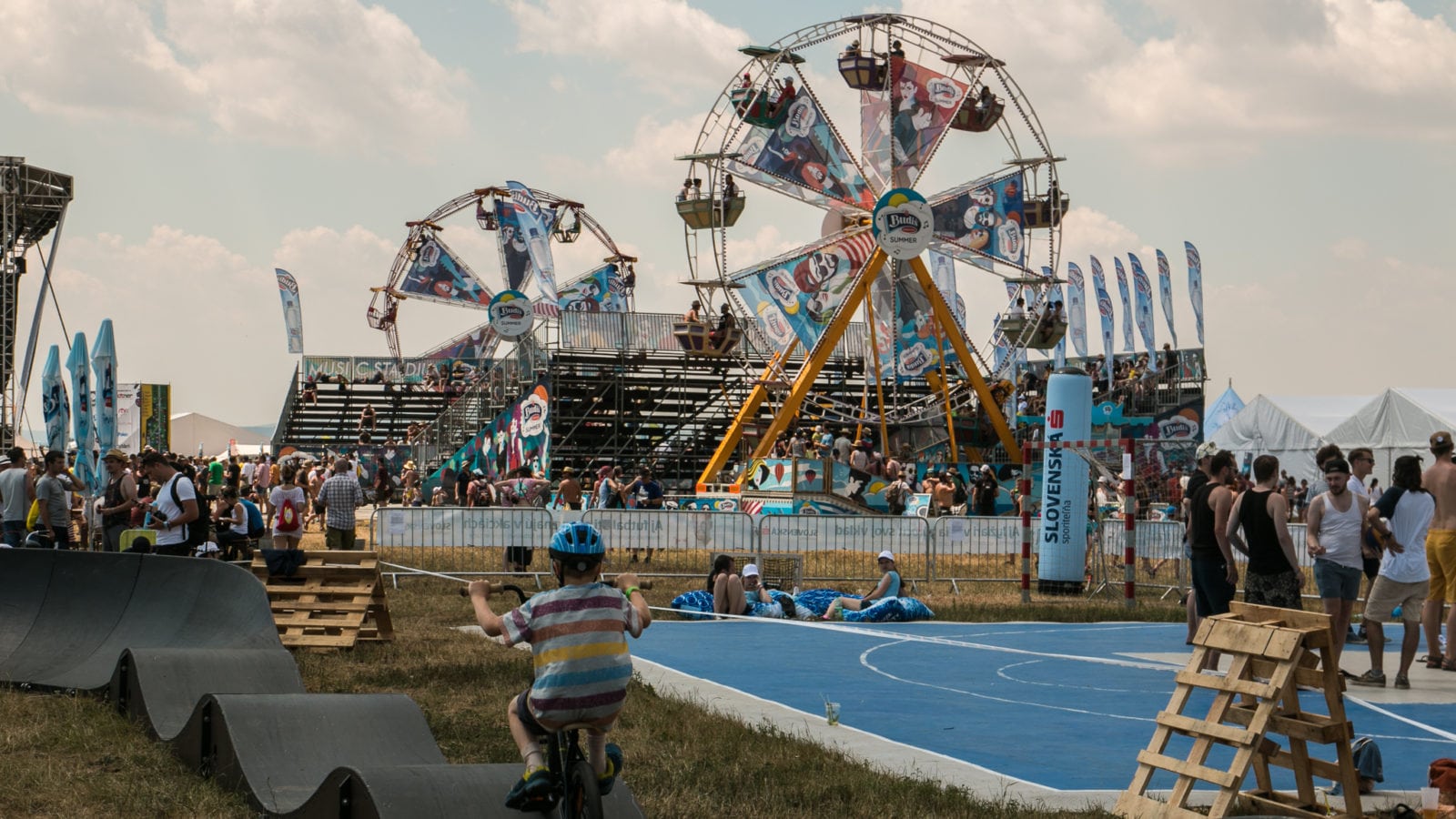 Still Chill After All These Years
From both a traveling reporter and typical festie perspective, Pohoda is one of the easiest festivals that I’ll cover this year. Transportation to the venue, along with the the check-in is simple. The camping is uncrowded, with plenty of room to sprawl out with your friends, or cram in close to the action. It takes place at an airport, so there’s plenty of room to stretch out, and all the stages are located close enough so you don’t miss a moment of the action.

The Three-Day Festival
In a festival scene where the weekend has transformed into a week-long marathon (see Denmark’s Roskilde or Hungary’s Sziget Festival), I’ve really come to adore these three day-day fests. The music for Pohoda begins on Thursday night in the early evening with only a few stages and has the feel of a pre-party. Friday and Saturday slam into full festival mode and by the time you catch your breath, it’s already Sunday and you have a calm day to travel back home and recover for the week.

100 Nights of Stuffing My Face
While there’s plenty of burgers, fries, and terrible Asian noodles, Pohoda is the festival where I usually add a couple extra stones by the end of the weekend. There’s fried oscypek, a chunk of smoked cheese topped with cranberry that is so good that I eat it three times a day. My standard late night snack are dominated by potato pancakes (zemiakové placky), a slab of fried goodness that tastes like a gigantic potato chip mixed with love. And don’t even get me started on the creamy heaven that is bryndzové halušk (dumplings and cheese).*

*Note: All these names may be completely wrong. 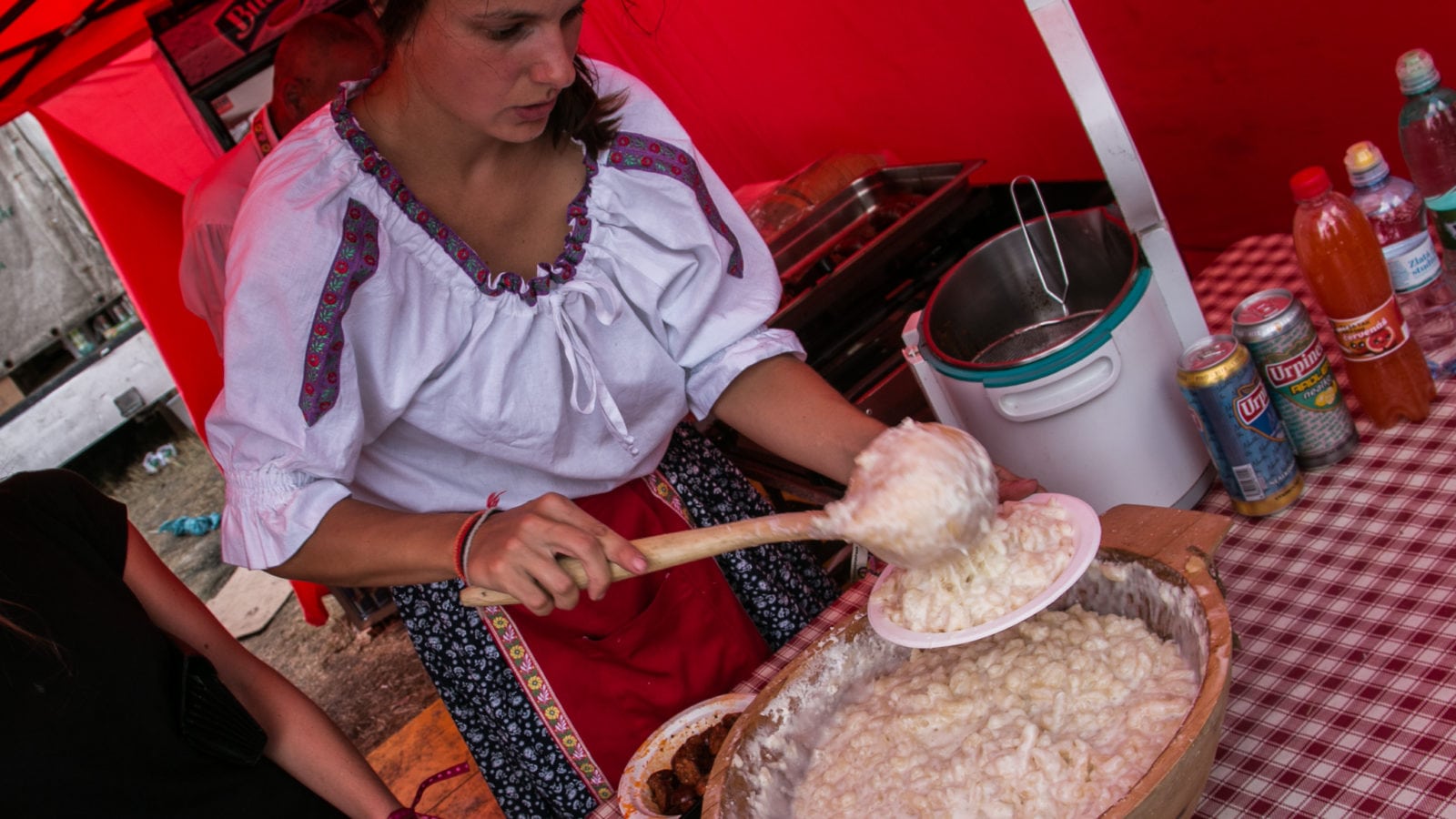 C’mon Kids, We’re Going to Slovakia
I covered this last year, but it’s worth noting that Pohoda has got to be one of the top family-friendly festivals in Europe. The family campground is separate from the others and features a massive big-top tent with its own entertainment over the weekend that can only be accessed by family campers — not that families are just limited to that area, as the relaxed Pohoda crowd is welcoming to its youngest festies.

Reusable Cups Are the Future
Mega-festivals around the world, take note — it’s time for reusable cups. Pohoda, with an average attendance of 30,000 per day made a strong statement that reusable cups aren’t just for boutique festivals, and can be rolled out on a large scale. A two euro deposit meant that I didn’t see a single cup on the ground the entire weekend. Also, by printing a variety of designs, I saw festies trying to collect as many as they could for a budget souvenir. 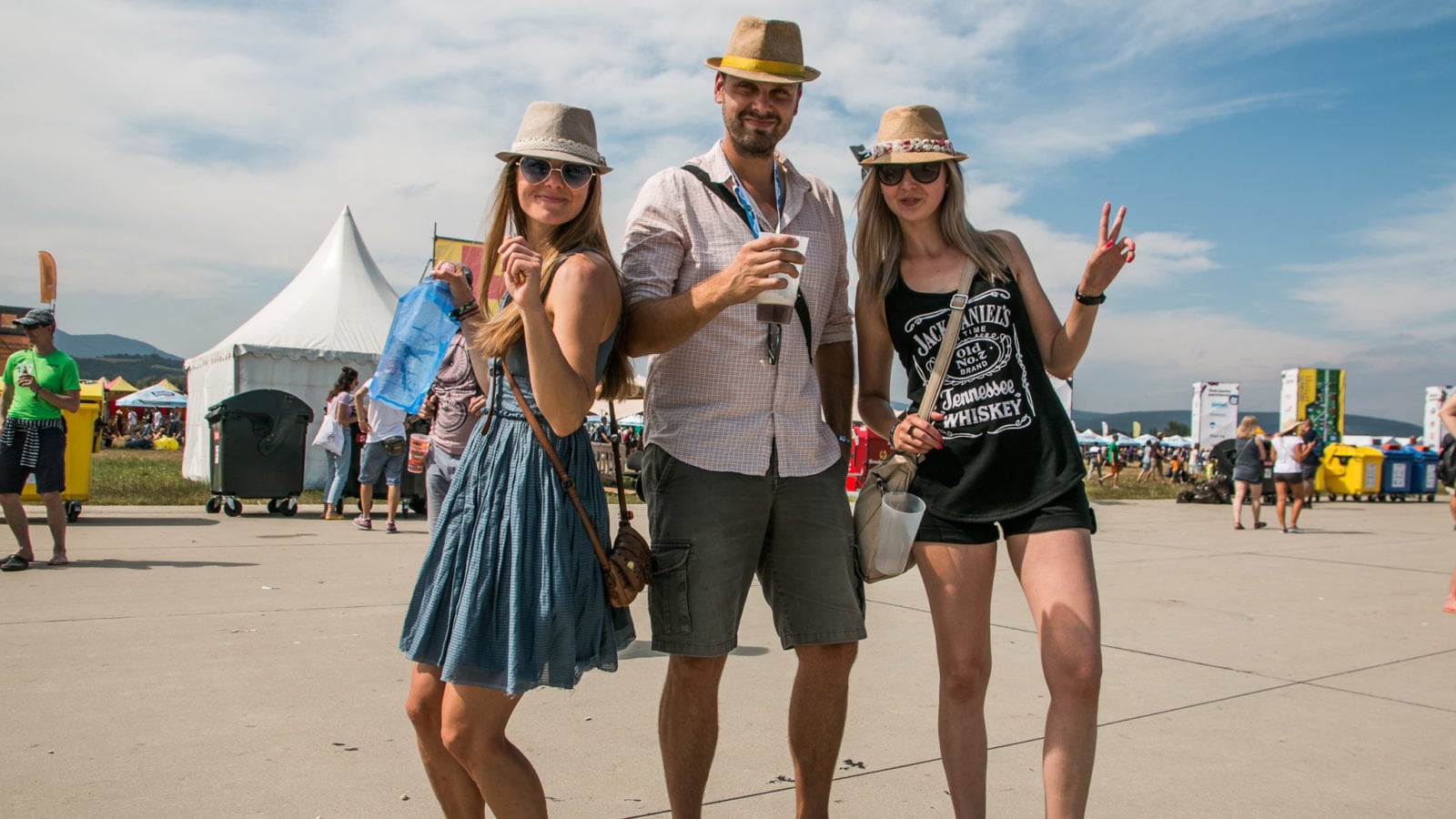 Favorite Set of the Weekend: Future Islands
I heard they put on an a great live show so was super stoked to catch this show. Sam Herring never stops moving, and his dynamic dance moves carry right over into the crowd.  Add one more fan to your list.

Show Stealers of the Weekend: Lomnicke Čhav
This gypsy band absolutely turned the Nay Tanečný Dom Tent upside down early Saturday evening. The entire crowd, from children straight through to adorable old couples, foot stomped and shouted their way through the whole performance. As if that wasn’t enough, they came back for a late night set, hijacking one of the art piano tents, and just lighting it up all over again. It’s the kind of music that must makes you want to throw a baby up into the air. 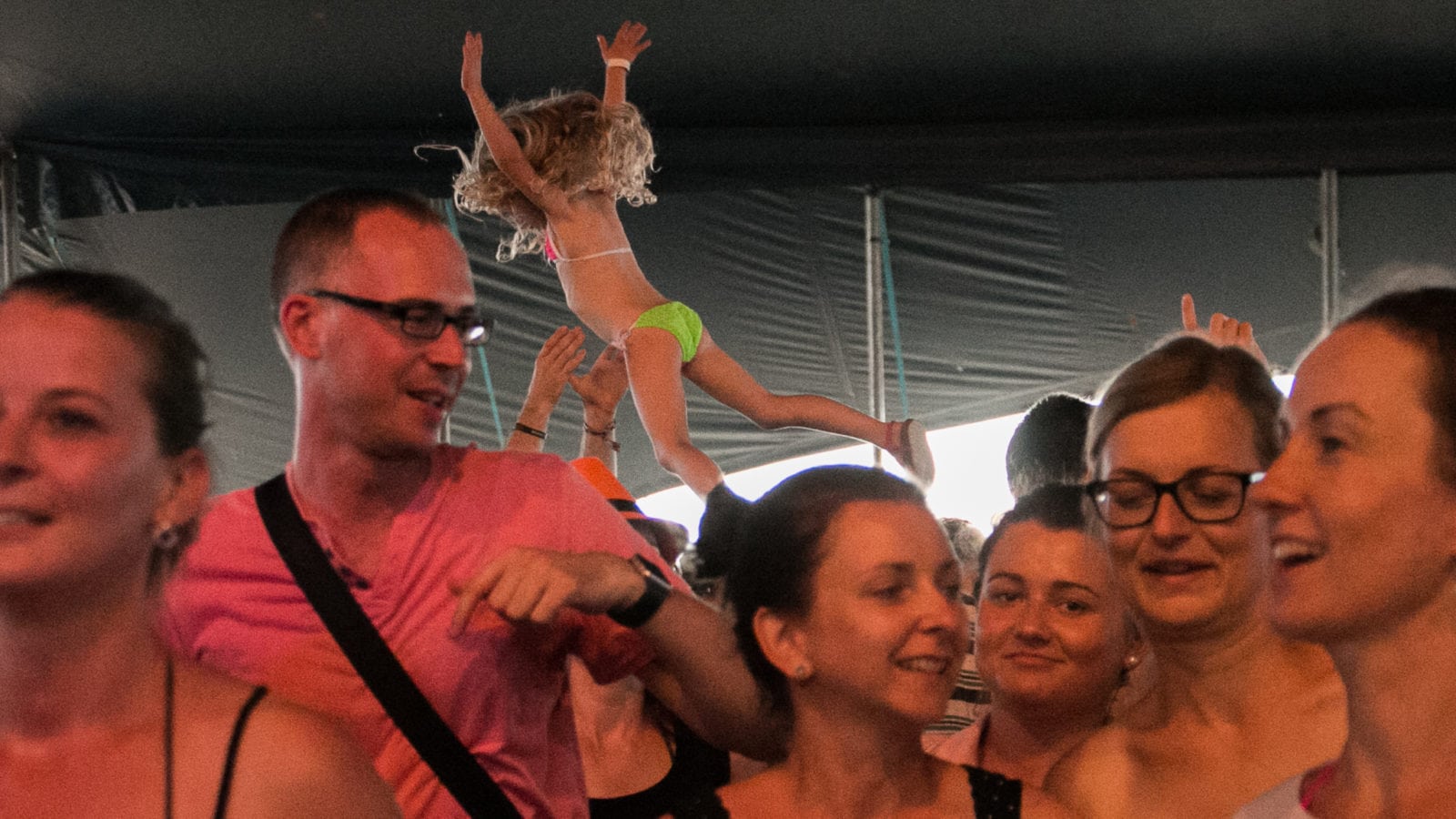 WTF Just Happened Set: Ylvis
You don’t know their name, but Ylvis is the one-hit wonder behind What Does the Fox Say? Apparently, the Norwegian duo have a strong following in Europe as they were playing the main stage on opening night. 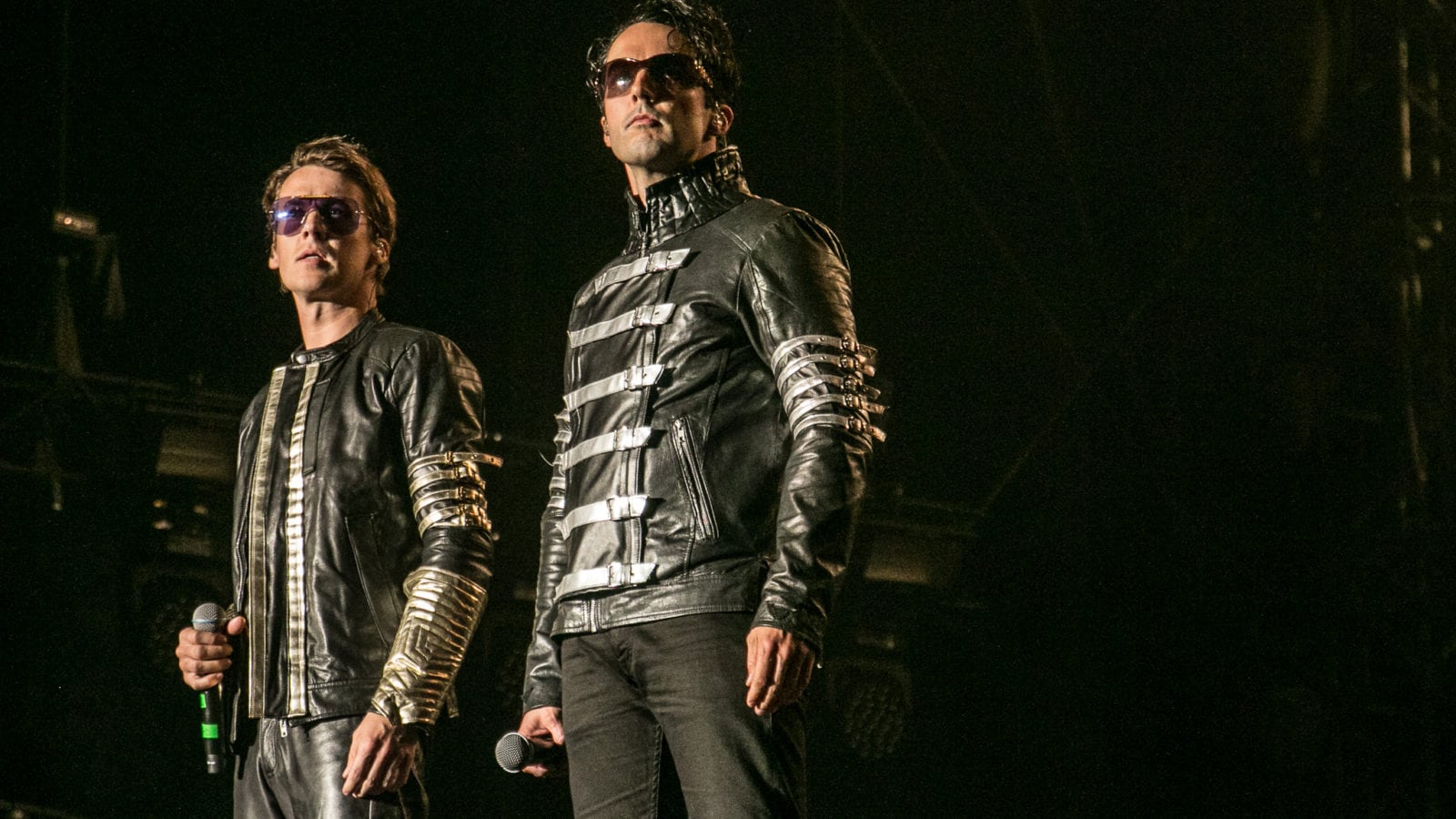 Artist That Should Be on the Main Stage: Alice Phoebe Lou
Alice Phoebe Lou, a street busker from South Africa who cut her chops on the streets of Berlin, could comfortably hang up her old life (if she wanted), and become a regular on the festival circuit. 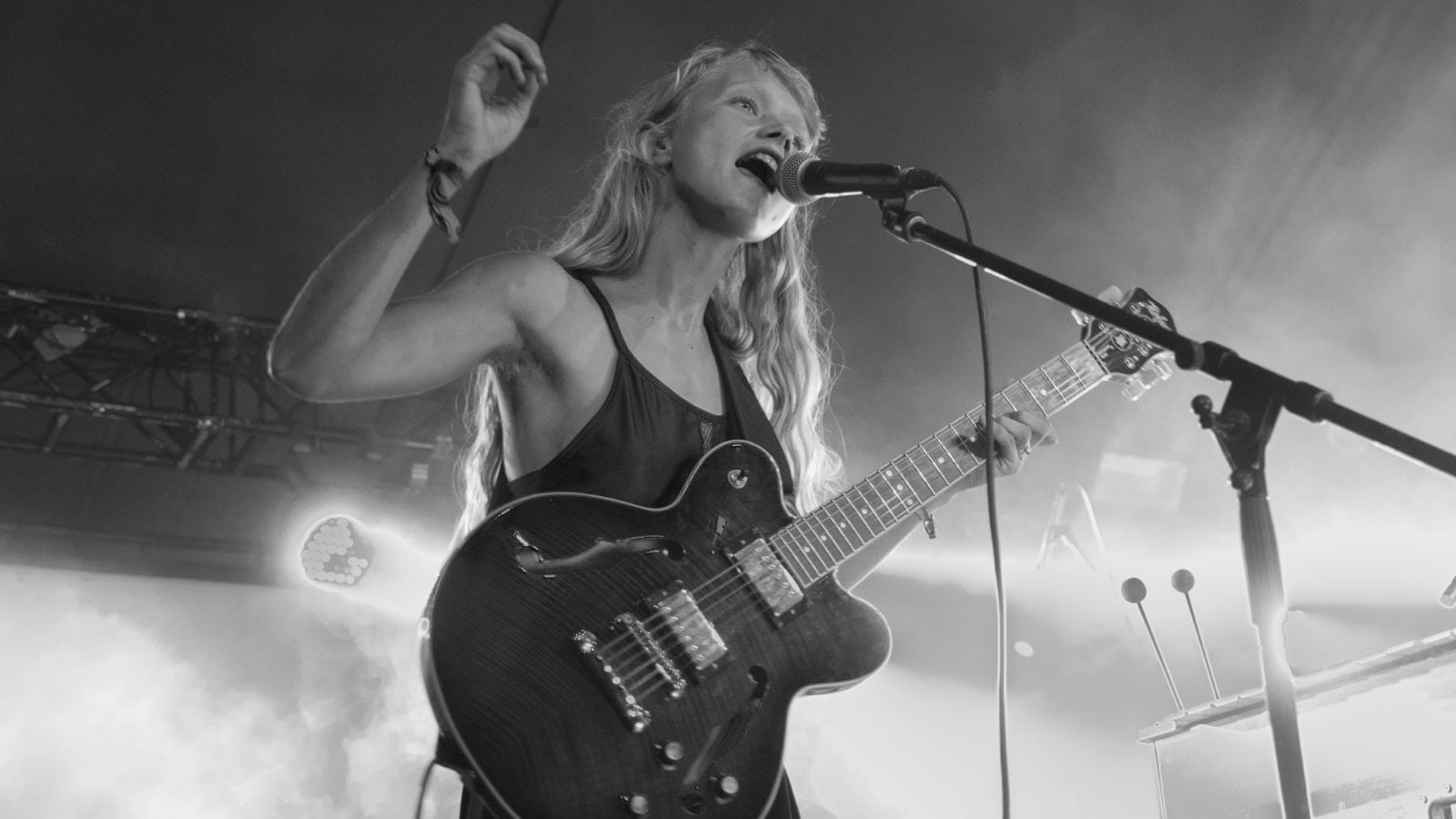 I’m Definitely a Rockstar Set: IDLES
Music is performance art and some artists lean into the performance side with more gusto than others. This week’s rockstar performance goes out to IDLES, an indie rock outfit out of the UK with a lead singer who possesses a singularly creepy and intense smile. 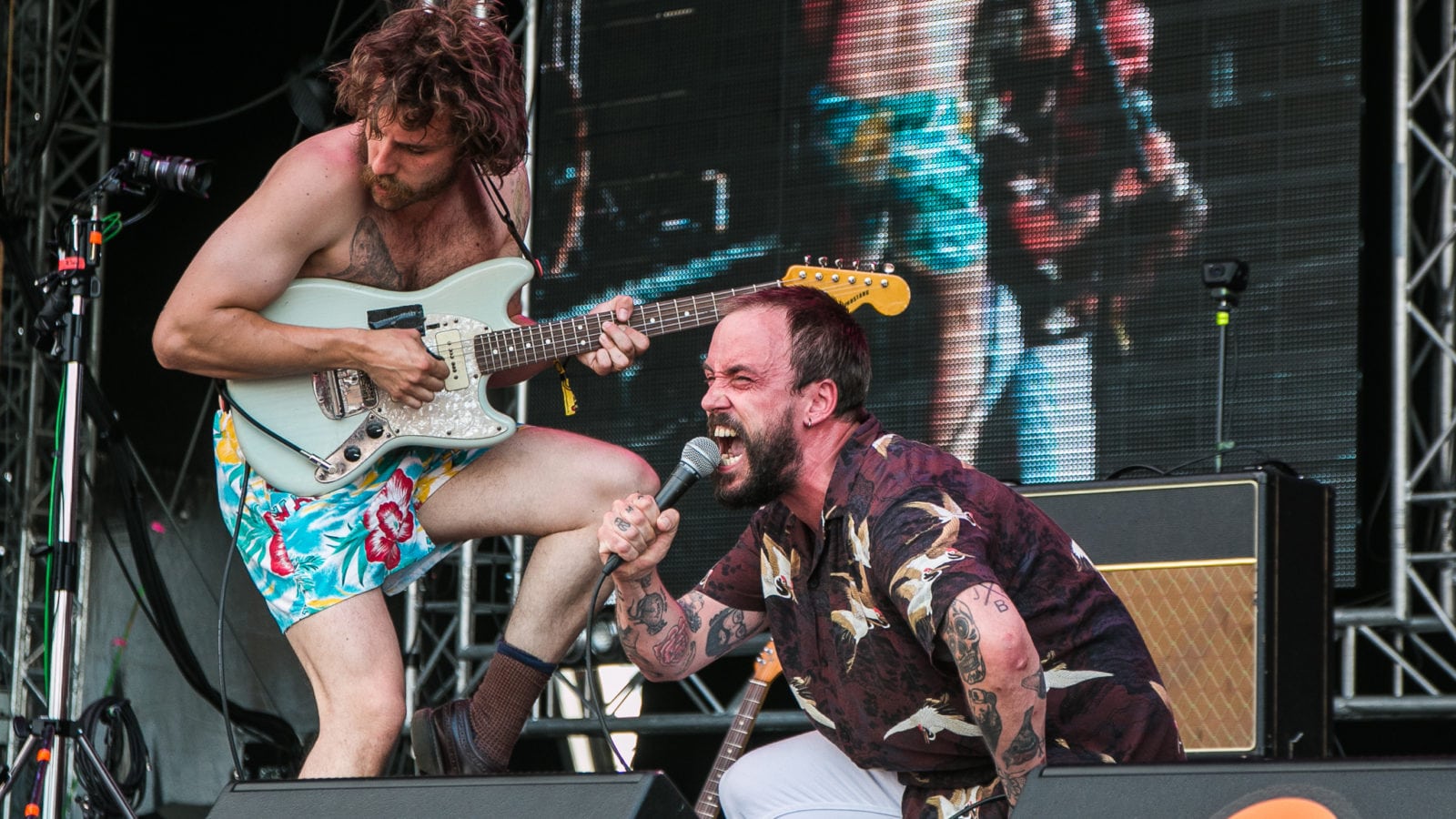 Most Disappointing Set of the Weekend: Solange
Back in a previous life I worked on both the Jay-Z and Beyonce tours, but have never caught the younger Knowles performing live. With both a delayed start and some of the only rain of the weekend, I just couldn’t muster up any enthusiasm for her set, although I did enjoy this head shaking thing.

Best Construction Equipment Performance Art At A Festival
I though they were digging a hole when I came across this log twirling, stone grabbing, construction spinning experience. It’s exactly what I needed to watch for ten minutes to start off my day. 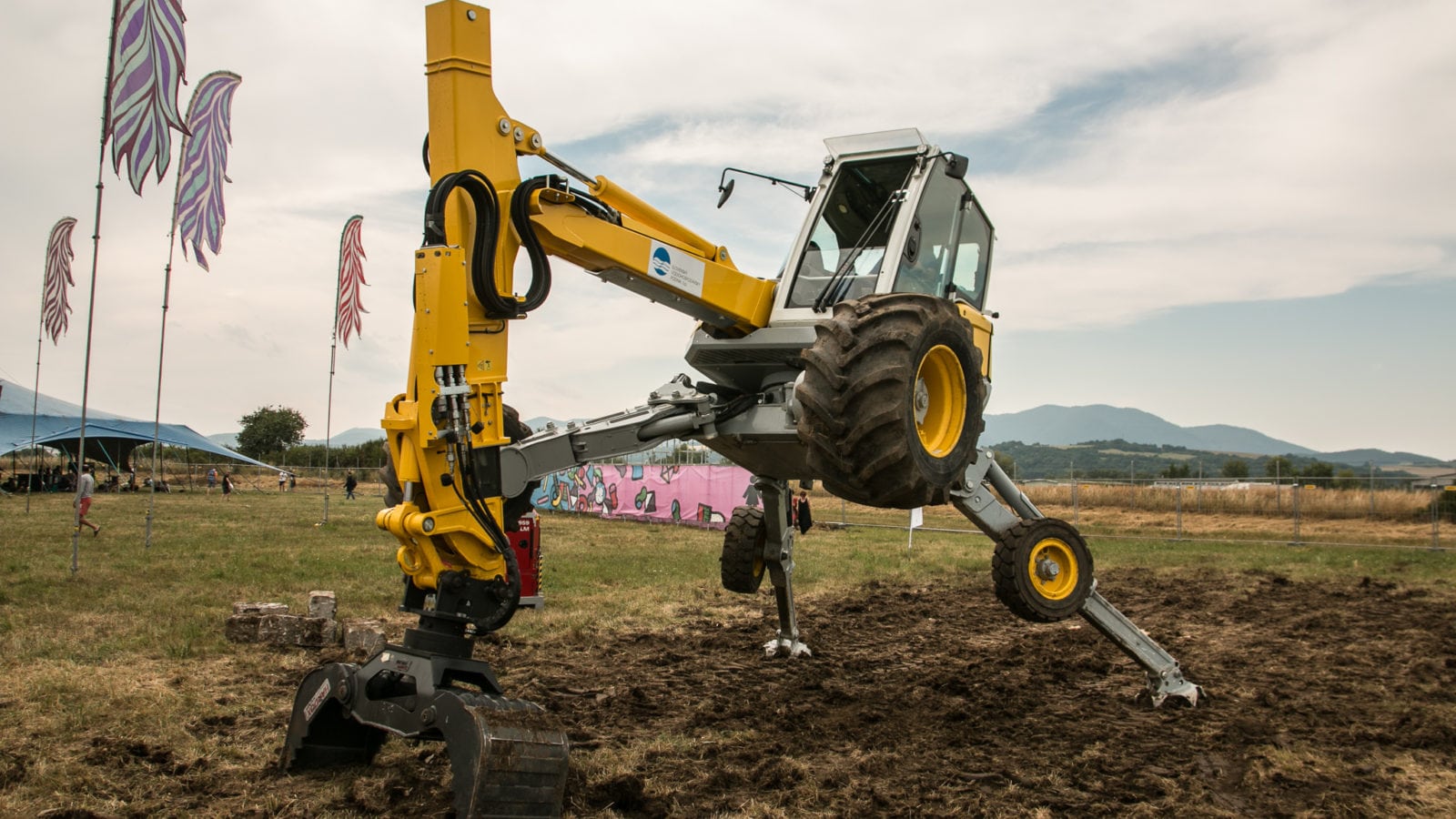 Best Branded Accessory
Pohoda even prints their own toilet paper. 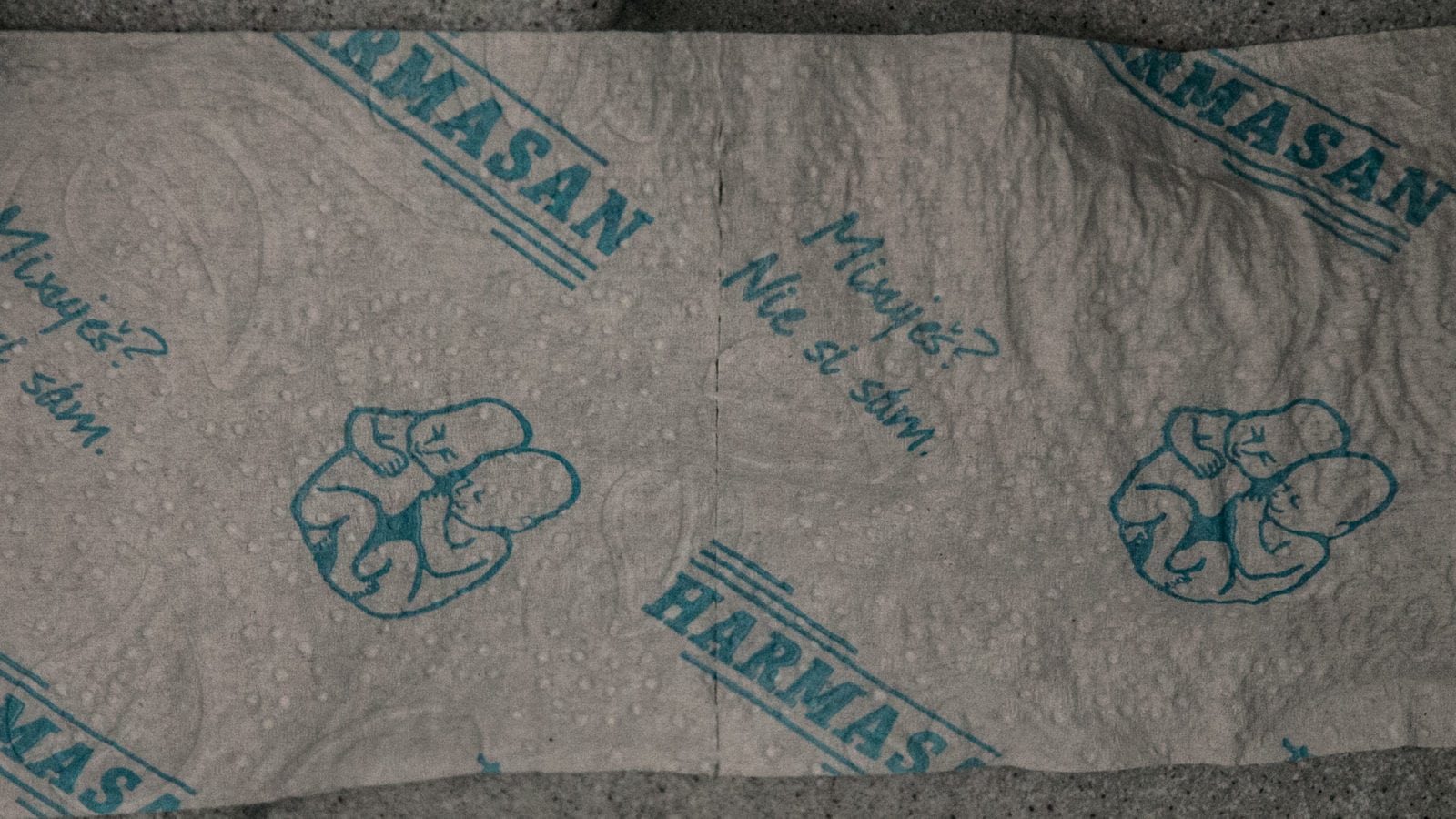 Best Celebrity Sighting
“Who wears a suit to a festival?” I asked the girl next to me. She looked to see if I was making a joke. “That’s our President,” she told me. “Of the country.” 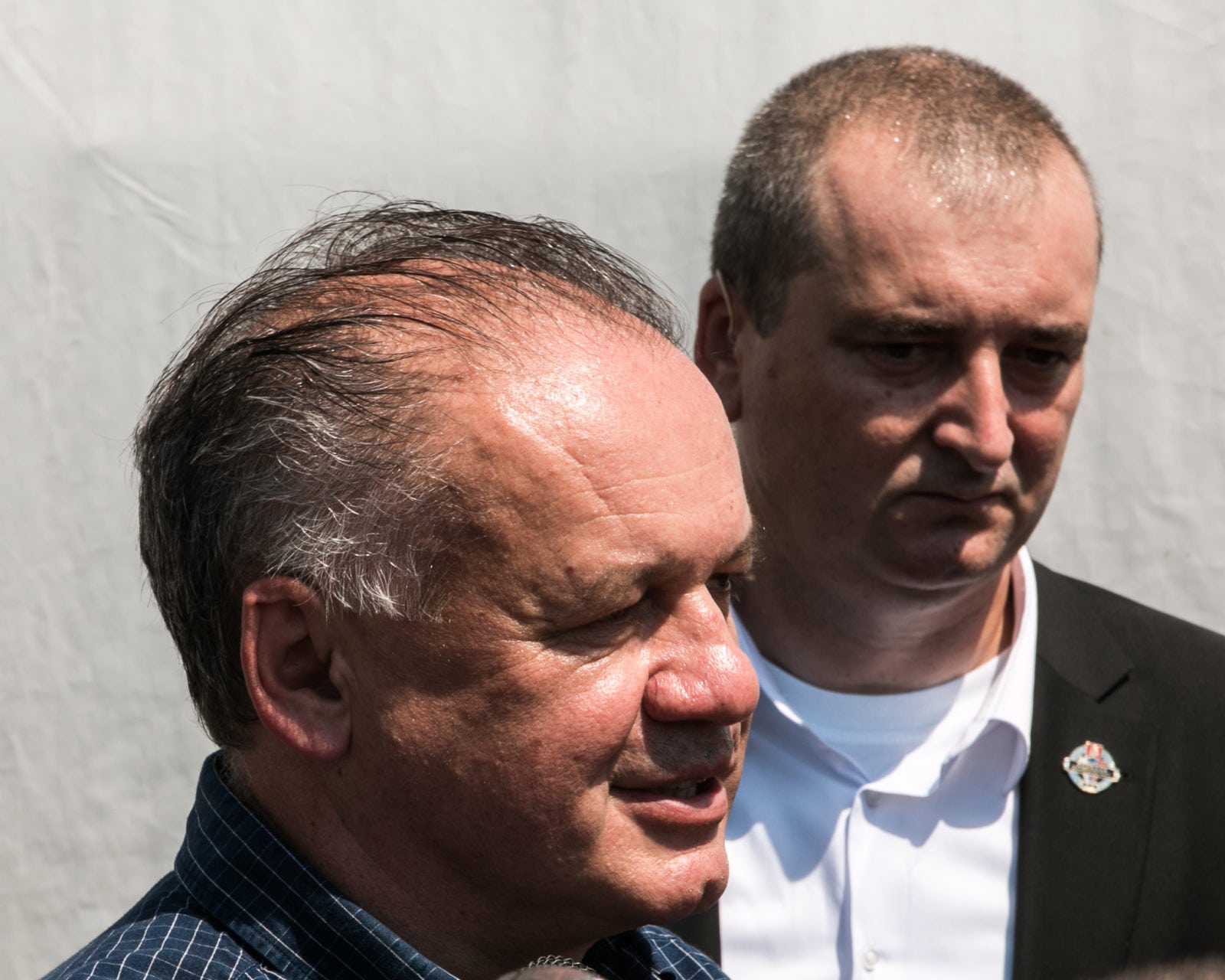 Best Grumpy Baby Statue
Like I said on Instagram (yes, I have fallen to the lowest point of quoting myself), this art statue inspired by Pohoda supremely bizarre-babies-in-utero logo is the incarnation of my feelings when I’m woken up at seven in the morning in my festival tent.

How I feel when the sun wakes me too early in my tent. #pohodafestival #pohoda #angrybabyface #festivalart #slovakia #trenčín #festivaltraveler

A post shared by Music Festival Wizard (@musicfestivalwizard) on Jul 8, 2017 at 2:47am PDT